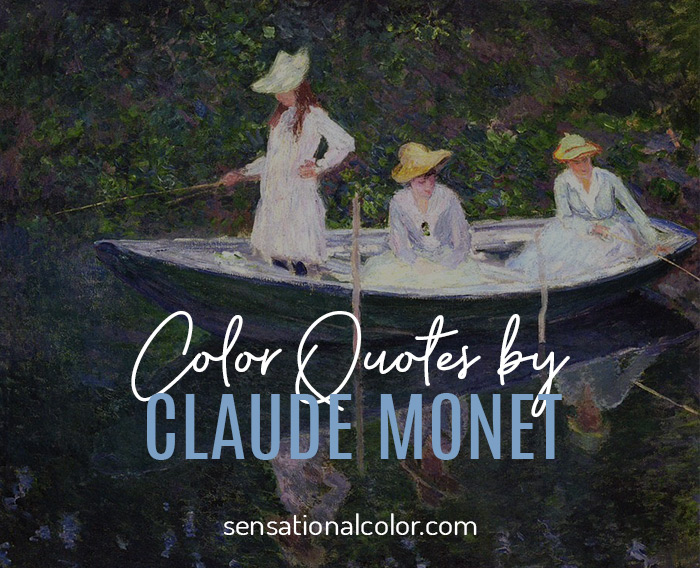 Claude Monet was born in 1840, in Paris, France. He enrolled in the Academie Suisse. The Claude Monet quotes show his fascination with form and light over realism. After an art exhibition in 1874, a critic insultingly dubbed Monet's painting style "Impression" and the term stuck.

Oscar-Claude Monet (1840 – 1926) was a founder of French Impressionist painting, and the most consistent and prolific practitioner of the movement’s philosophy of expressing one’s perceptions before nature. The ideas are expressed in Claude Monet quotes especially when he speaks about plein-air landscape painting. The term “Impressionism” is derived from the title of his painting Impression, soleil levant (Impression, Sunrise), which was exhibited in 1874 in the first of the independent exhibitions mounted by Monet and his associates as an alternative to the Salon de Paris. Monet’s ambition of documenting the French countryside led him to adopt a method of painting the same scene many times in order to capture the changing of light and the passing of the seasons.

From 1883 Monet lived in Giverny, where he purchased a house and property, and began a vast landscaping project which included lily ponds that would become the subjects of his best-known works. In 1899 he began painting the water lilies, first in vertical views with a Japanese bridge as a central feature, and later in the series of large-scale paintings that was to occupy him continuously for the next 20 years of his life. (Excerpted from biography.com)

The point is to know how to use the colors, the choice of which is, when all’s said and done, a matter of habit.

Since the appearance of impressionism, the official salons, which used to be brown, have become blue, green and red…

I haven’t yet managed to capture the color of this landscape; there are moments when I’m appalled at the colors I’m having to use, I’m afraid what I’m doing is just dreadful and yet I really am understating it; the light is simply terrifying.

Colors pursue me like a constant worry. They even worry me in my sleep.”