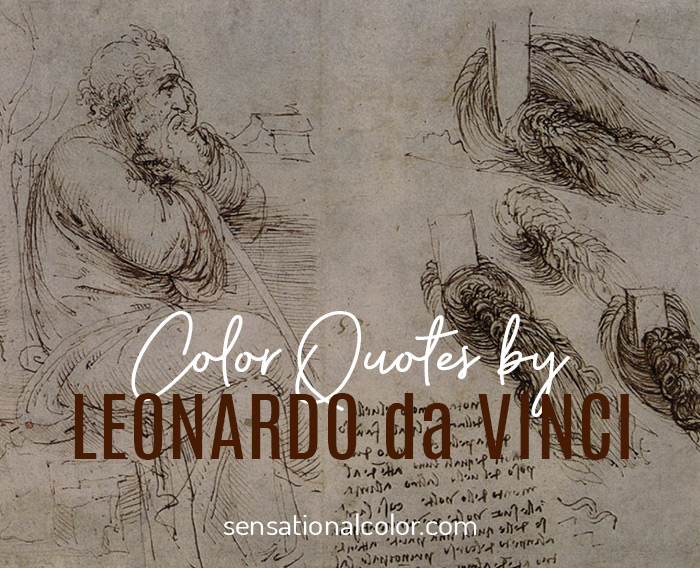 Leonardo da Vinci was a leading artist and intellectual of the Italian Renaissance who's known for his enduring works "The Last Supper" and "Mona Lisa." Leonardo da Vinci quotes reveal his genius across a wide range of disciplines including color.

Born on April 15, 1452, in Vinci, Italy, Leonardo da Vinci was the epitome of a “Renaissance man.” Possessor of a curious mind and keen intellect, da Vinci studied the laws of science and nature, which greatly informed his work as a painter, sculptor, architect, inventor, military engineer and draftsman. His ideas and body of work—which includes "Virgin of the Rocks," "The Last Supper" and "Mona Lisa"—have influenced countless artists and made da Vinci a leading light of the Italian Renaissance.

Leonardo received little formal education beyond basic reading, writing and mathematics instruction, but his artistic talents were evident from an early age. Around the age of 14, da Vinci began a lengthy apprenticeship with the noted artist Andrea del Verrocchio in Florence. He learned a wide breadth of technical skills including metalworking, leather arts, carpentry, drawing, painting and sculpting. His earliest known dated work—a pen-and-ink drawing of a landscape in the Arno valley—was sketched in 1473.

Although da Vinci is known for his artistic abilities, fewer than two-dozen paintings attributed to him exist. One reason is that his interests were so varied that he wasn’t a prolific painter. For centuries afterward, however, thousands of pages from his private journals with notes, drawings, observations and scientific theories have surfaced and provided a fuller measure of a true “Renaissance man.”

To any white body receiving the light from the sun, or the air, the shadows will be of a bluish cast.

For those colours which you wish to be beautiful, always first prepare a pure white ground.

Black is like a broken vessel, which is deprived of the capacity to contain anything.