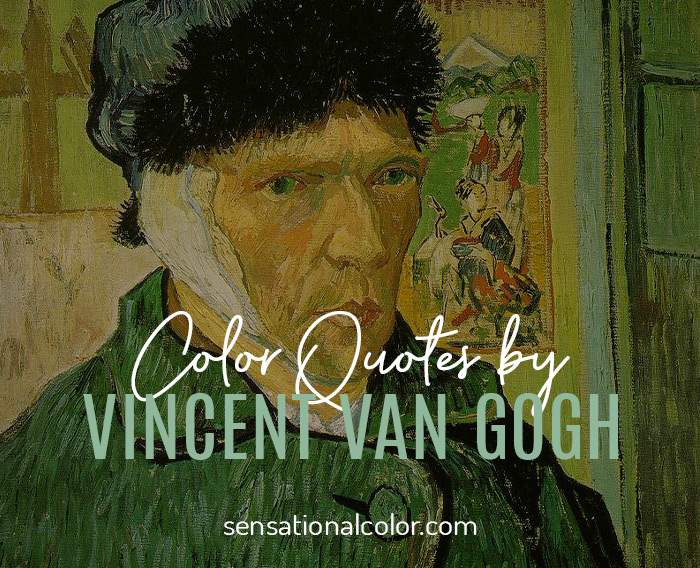 Vincent van Gogh is considered the greatest Dutch painter after Rembrandt, although he remained poor and virtually unknown throughout his life. As you read the Vincent Van Gogh quotes, his appreciation of color and light is apparent.

Vincent van Gogh was born on March 30, 1853, in Groot-Zundert, Netherlands. Van Gogh was a post-impressionist painter whose work, notable for its beauty, emotion and color, highly influenced 20th century art. He struggled with mental illness, and remained poor and virtually unknown throughout his life. Van Gogh died in France on July 29, 1890, at age 37, from a self-inflicted gunshot wound.

In the fall of 1880, van Gogh decided to move to Brussels and become an artist. Though he had no formal art training, his younger brother Theo, who worked as an art dealer, offered to support van Gogh financially. Van Gogh's art helped him stay emotionally balanced. In 1885, he began work on what is considered to be his first masterpiece, "Potato Eaters." His brother, Theo, by this time living in Paris, believed the painting would not be well-received in the French capital, where impressionism had become the trend. Nevertheless, van Gogh decided to move to Paris. first saw impressionist art, and he was inspired by the color and light. He began studying with Henri de Toulouse-Lautrec, Pissarro and others.

In his lifetime, Vincent van Gogh completed more than 2,100 works, consisting of 860 oil paintings and more than 1,300 watercolors, drawings and sketches. Several of his paintings rank among the most expensive in the world; "Irises" sold for a record $53.9 million, and his "Portrait of Dr. Gachet" sold for $82.5 million. (excerpt from wikipedia)

There is no blue without yellow and without orange.

The painter of the future will be a colorist in a way no one has been before. - Vincent van Gogh #color #quotes

Suffice it to say that black and white are also colors… for their simultaneous contrast is as striking as that of green and red, for instance.

I often think that the night is more alive and more richly colored than the day.

I am crazy about two colors: carmine and cobalt. Cobalt is a divine color and there is nothing so beautiful for creating atmosphere. Carmine is as warm and lively as wine… the same with emerald green.

Color in a picture is like enthusiasm in life. - Vincent van Gogh #color #quotes

How lovely yellow is! It stands for the sun.

The Mediterranean has the color of mackerel, changeable I mean. You don’t always know if it is green or violet, you can’t even say it’s blue, because the next moment the changing reflection has taken on a tint of rose or gray.