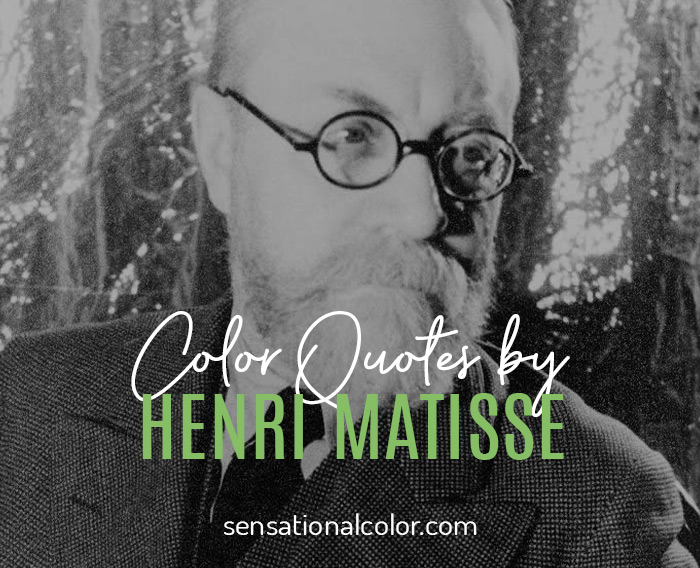 French Painter and Sculptor Henri Matisse (1869-1954) was a revolutionary and influential artist of the early 20th century, best known for the expressive color and form of his Fauvist style. Henri Matisse quotes come out of a six-decade career in working in all media, from painting to sculpture to printmaking.

Matisse is commonly regarded, along with Pablo Picasso and Marcel Duchamp, as one of the three artists who helped to define the revolutionary developments in the plastic arts throughout the opening decades of the twentieth century, responsible for significant developments in painting and sculpture. Although he was initially labelled a Fauve (wild beast), by the 1920s he was increasingly hailed as an upholder of the classical tradition in French painting. His mastery of the expressive language of color and drawing, displayed in a body of work spanning over a half-century, won him recognition as a leading figure in modern art. (excerpt from wikipedia)

I am as curious about color as one would be visiting a new country, because I have never concentrated so closely on color expression. Up to now I have waited at the gates of the temple."

Purer colors… have in themselves, independently of the objects they serve to express, a significant action on the feelings of those who look at them.

A thimbleful of red is redder than a bucketful. - Henri Matisse #color #quotes

The use of expressive colors is felt to be one of the basic elements of the modern mentality, an historical necessity, beyond choice.

With color one obtains an energy that seems to stem from witchcraft.

The chief function of color should be to serve expression. - Henri Matisse #color #quotes

Cutting directly into color reminds me of a sculptor’s carving into stone.