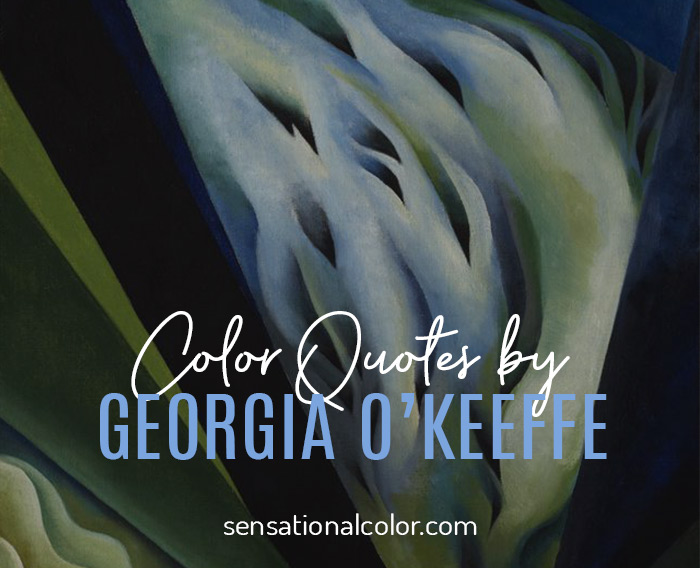 O'Keeffe, recognized as the "Mother of American modernism," abandoned the idea of pursuing a career as an artist, claiming that she could never distinguish herself as an artist within the mimetic tradition that had formed her basis art training. However, when she was introduced to the innovative ideas of Arthur Wesley Dow encouraging artists to express themselves using line, color, and shading harmoniously, she was inspired to paint again.

O'Keeffe was introduced to Alfred Stieglitz by Anita Pollitzer. Stieglitz told Pollitzer that O'Keeffe's drawings were the "purest, finest, sincerest things that had entered his 291 Gallery in a long while", and that he would like to show them.

Stieglitz and O'Keeffe corresponded frequently beginning in 1916, and, in June 1918, she accepted his invitation to move to New York to devote all of her time to her work. The two were deeply in love, and, shortly after her arrival, they began living together. They married in 1924.

O'Keeffe came to know the many early American modernists who were part of Stieglitz's circle of artists. Soon after, she began working primarily in oil, a shift away from working mostly in watercolor. By the mid-1920s, O'Keeffe began making large-scale paintings of natural forms close to, as if seen through a magnifying lens. In the 1920s, O'Keeffe began to work more representationally.

I found I could say things with color and shapes that I couldn’t say any other way – things I had no words for.  - Georgia O'Keeffe #color #quotes

The feeling that a person gives me that I cannot say in words comes in colors and shapes.

There’s something about black. You feel hidden away in it. - Georgia O'Keeffe #color #quotes

All the earth colors of the painter’s palette are out there in the many miles of badlands. The light Naples yellow through the ochres – orange and red and purple earth – even the soft earth greens.