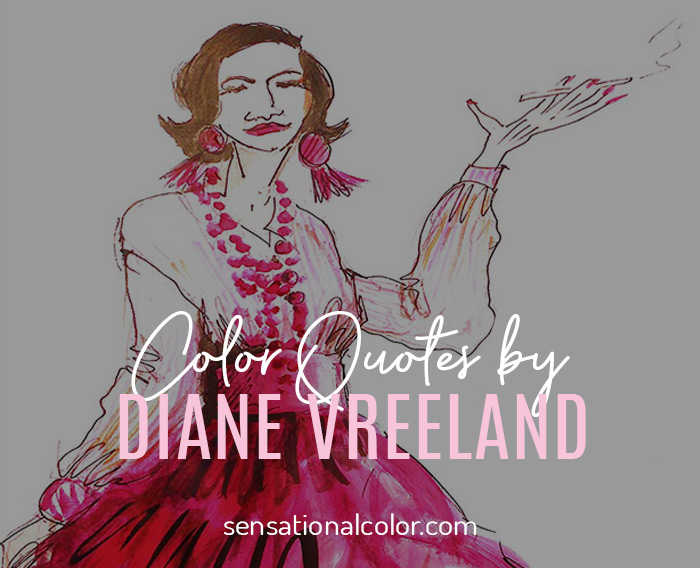 Diana Vreeland (September 29, 1903 – August 22, 1989), was a noted columnist and editor in the field of fashion. She worked for the fashion magazines Harper's Bazaar and Vogue and as a special consultant at the Costume Institute of the Metropolitan Museum of Art. There are many notable Diana Vreeland quotes and I have gathered the ones about color below.

In 1955 the Diana Vreeland and her husband moved to a new apartment which was decorated exclusively in red. Billy Baldwin (1903–1983) decorated her apartment. Diana Vreeland said, "I want this place to look like a garden, but a garden in hell."

Diana Vreeland advised First Lady Jacqueline Kennedy in matters of style throughout the campaign and helped connect her with fashion designer Oleg Cassini, who became chief designer to the first lady.

Vreeland joined Vogue in 1962. She was editor-in-chief from 1963 until 1971. She enjoyed the sixties enormously because she felt that uniqueness was being celebrated. "If you had a bump on your nose, it made no difference so long as you had a marvelous body and good carriage." (excerpt from w﻿ikipedia)

Lighting is everything in a color.

Black is the hardest color in the world to get right—except for gray... - Diana Vreeland #color #quotes

All my life I've pursued the perfect red. I can never get painters to mix it for me. It's exactly as if I'd said, "I want Rococo with a spot of Gothic in it and a bit of Buddhist temple" - they have no idea what I'm talking about. 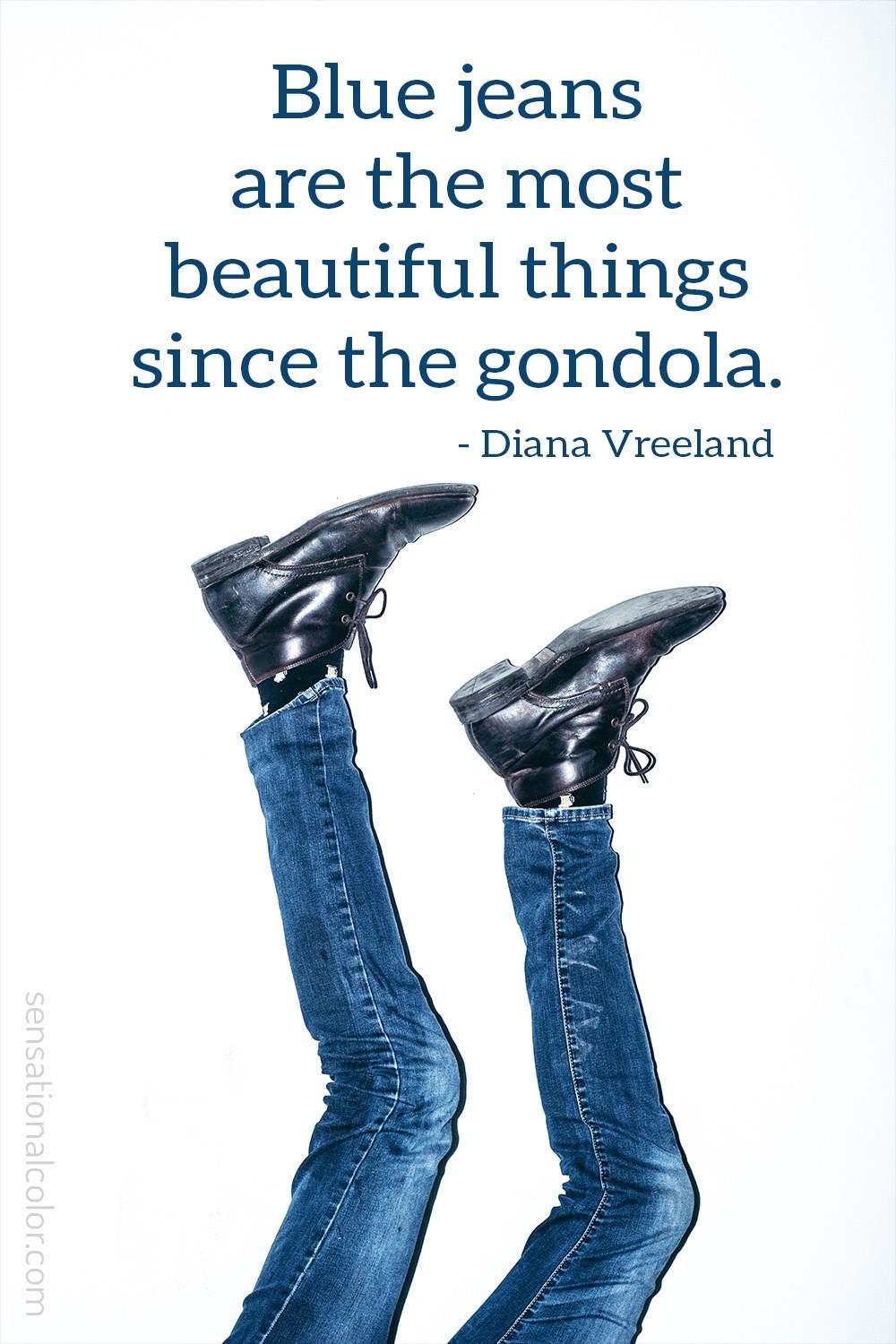 Blue jeans are the most beautiful things since the gondola.