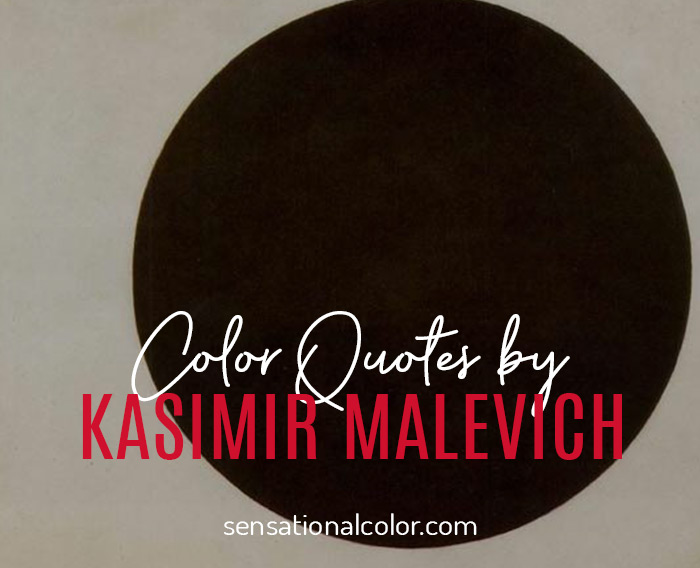 Kazimir Malevich was a Russian painter and sculptor founder of the artistic and philosophical school of Suprematism. His ideas about forms and meaning in art would eventually constitute the theoretical underpinnings of non-objective, or abstract, art. In Malevich quotes it is interesting to note that there are no specific references to black the color of his most well-known work of art.

Malevich worked in a variety of styles, but he is mostly known for his contribution to the formation of a true Russian avant-garde post-World War I through his own unique philosophy of perception and painting, which he termed Suprematism. He invented this term because, ultimately, he believed that art should transcend subject matter -- the truth of shape and color should reign 'supreme' over the image or narrative.

In addition to being an artist, Malevich was a prolific writer. His treatises on the philosophy of art addressed a broad spectrum of theoretical problems conceiving of a comprehensive abstract art and its ability to lead us to our feelings and even to a new spirituality.

Kazimir Malevich most noteworthy painting is the iconic Black Square. Even though this painting seems simple, there are such subtleties as brushstrokes, fingerprints, and colors visible underneath the cracked black layer of paint. As a result, one can distinguish the visual weight of the black square, the sense of an "image" against a background, and the tension around the edges of the square. But according to Malevich, the perception of such forms should always be free of logic and reason, for the absolute truth can only be realized through pure feeling. For the artist, the square represented feelings, and the white, nothingness. Additionally, Malevich saw the black square as a kind of godlike presence, an icon -- or even the godlike quality in himself. (excerpted from theartstory.org)

I have broken the blue boundary of color limits, come out into the white; beside me comrade-pilots swim in this infinity. 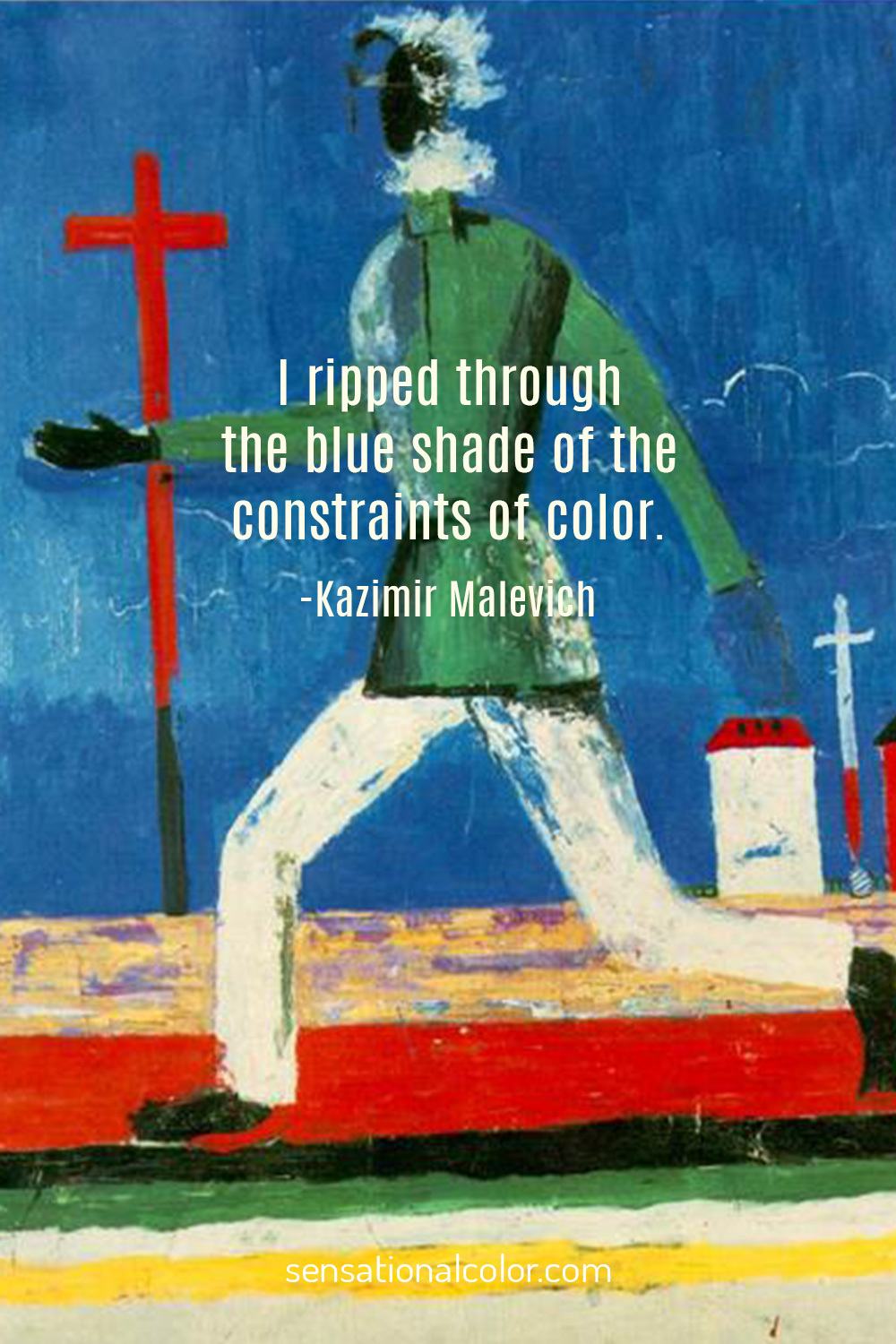 I ripped through the blue shade of the constraints of color.

Color is the essence of painting, which the subject always killed. - Kasimir Malevich #color #quotes

I have established the semaphore of Suprematism. I have beaten the lining of the colored sky, torn it away and in the sack that formed itself, I have put color and knotted it. Swim! The free white sea, infinity, lies before you.

At the present time man's path lies through space, and Suprematism is a color metaphor in its infinite abyss.