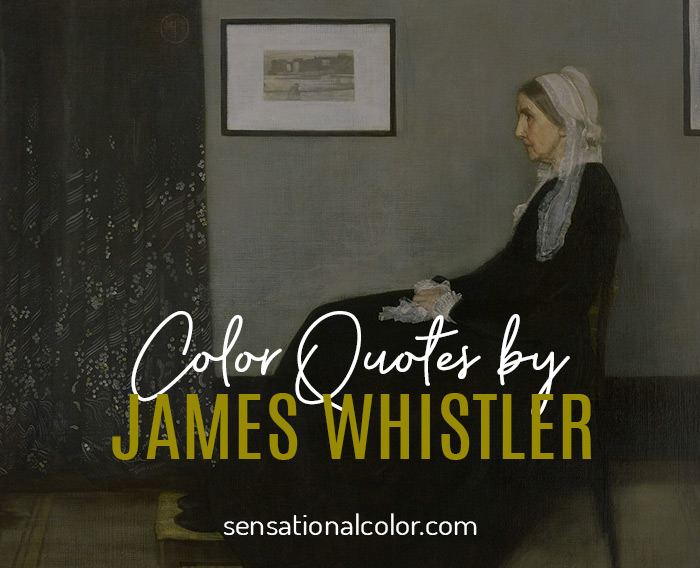 James Abbott McNeill Whistler was a U.S.-born British painter who is seen as highly influential in the late 19th century art movement. He is best-known for his painting, "Whistler's Mother". Whistler quotes show the strong connection he makes between painting and music.

Born in Massachusetts, James Whistler was educated in St. Petersburg, Russia, then attended the United States Military Academy at West Point. After leaving the USMA he worked drafting and etching maps. However, poor performance as a mapmaker resulted in leaving that career path and going to Europe where he established himself as a painter.

Studying in both Paris and London, Whistler developed his distinctive style, utilizing muted colors and simple forms. During his studies he became familiar with the work of French Neoclassical painter, Ingres. Impressed with Ingres's work, Whistler adopts two principles that he used for the rest of his career: line is more important than color and that black is the fundamental color of tonal harmony. Twenty years later, the Impressionists would largely overthrow this philosophy, banning black and brown as "forbidden colors" and emphasizing color over form but Whistler continued to use these colors.

In fact, his best known masterpiece is, "Whistler's Mother" ("Arrangement in Grey and Black No. 1") has black as a primary focus. It was this work that provided inspiration for Oscar Wilde's novel The Picture of Dorian Gray.

Whistler first caught the attention of many in the art world with, Symphony in White, No. 1: The White Girl. Whistler's supporters insisted that this painting was "an apparition with a spiritual content" and that it epitomized his theory that art should be concerned essentially with the arrangement of colors in harmony, not with a literal portrayal of the natural world.

Finding a parallel between painting and music, Whistler entitled many of his paintings "arrangements", "harmonies", and "nocturnes", emphasizing the primacy of tonal harmony. (content excerpted from britannica.com and wikipedia) 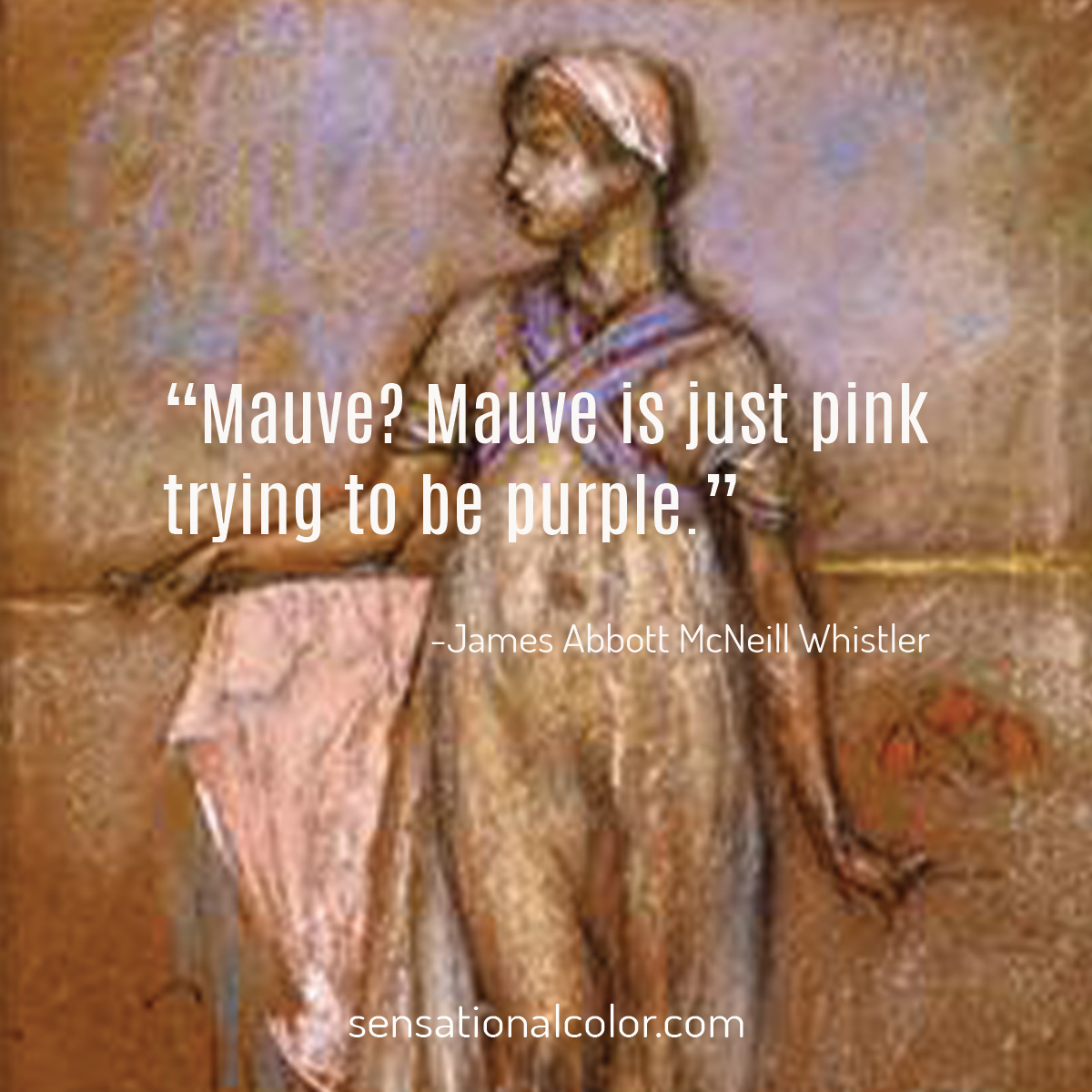 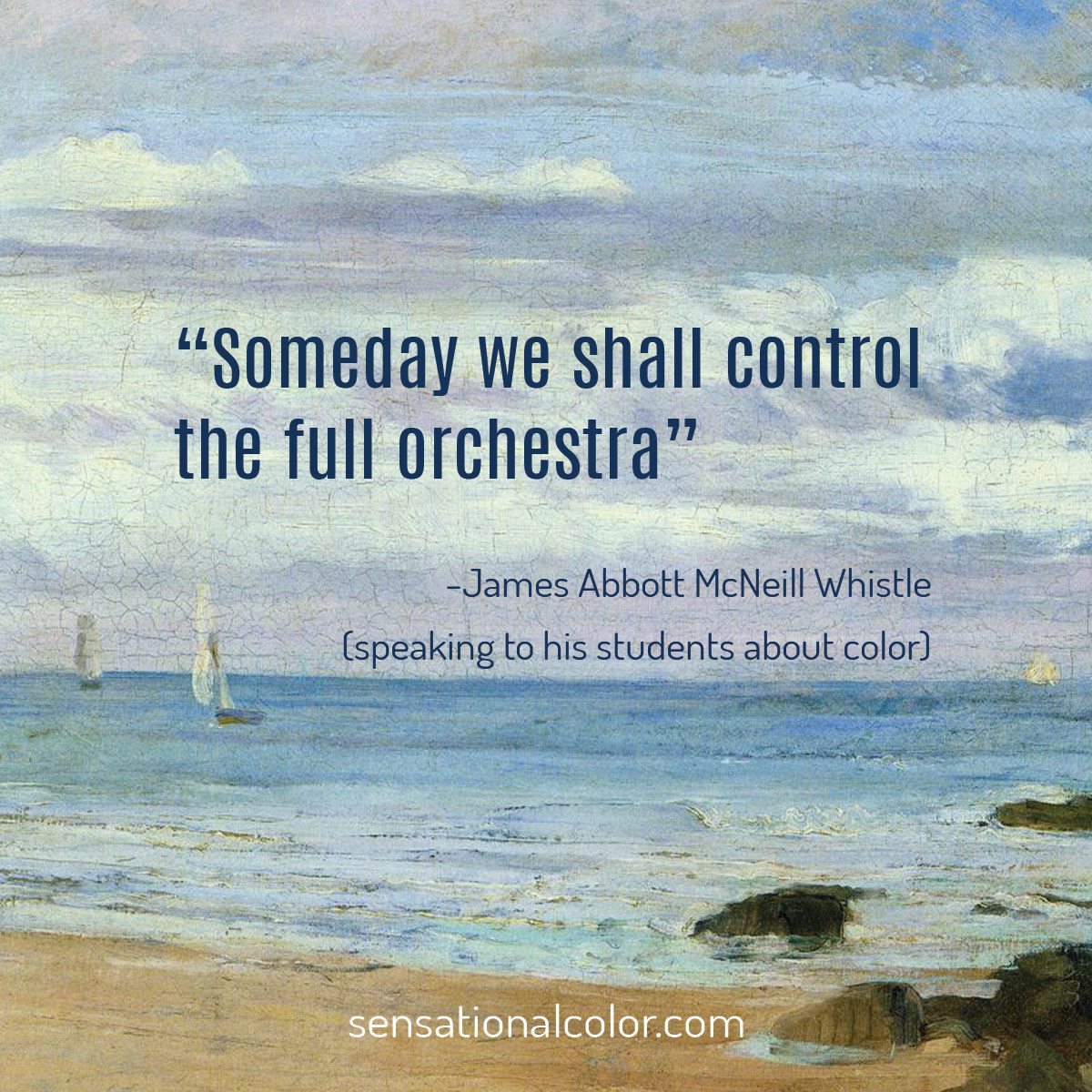 Someday we shall control the full orchestra. (to his students on color). 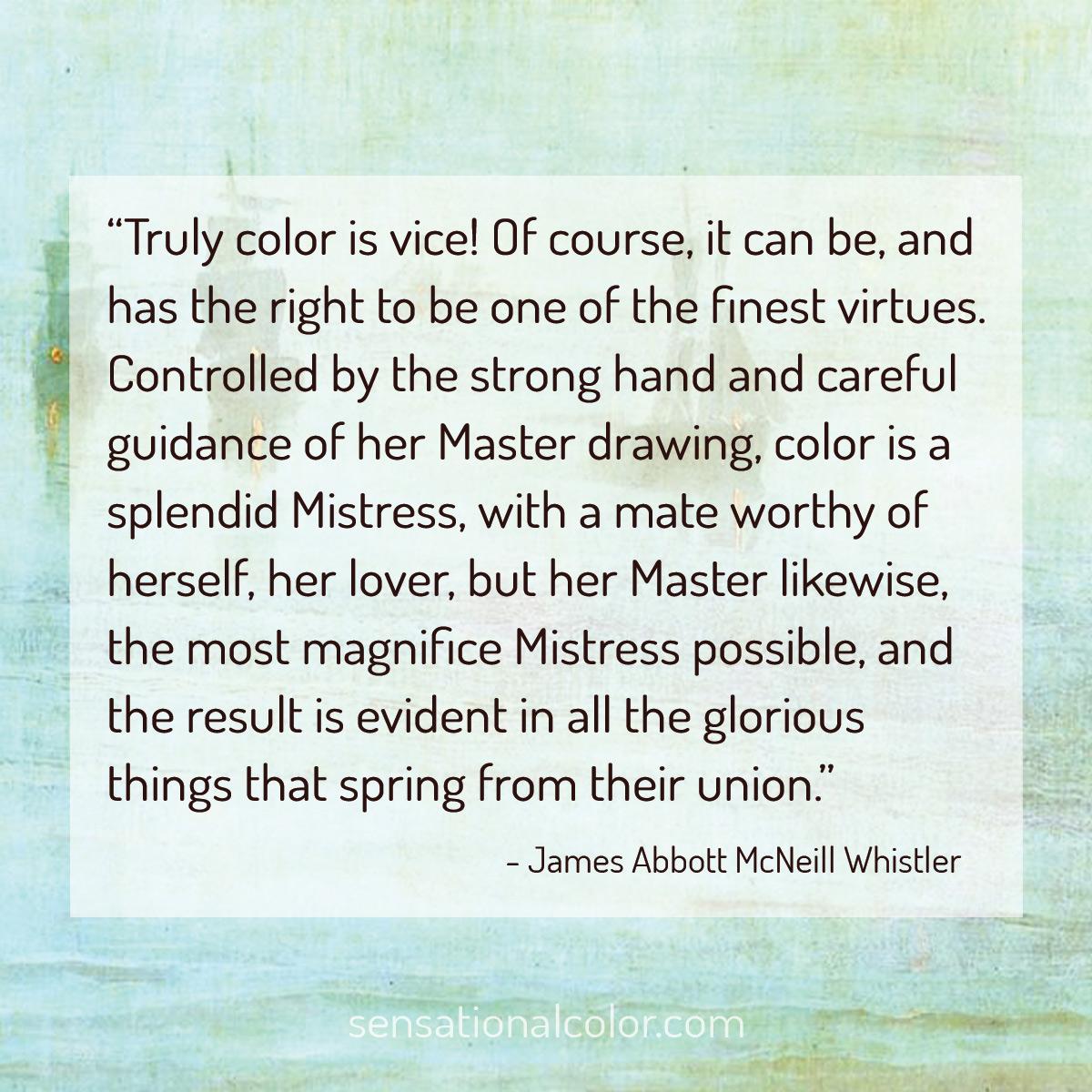 Truly color is vice! Of course, it can be, and has the right to be one of the finest virtues. Controlled by the strong hand and careful guidance of her Master drawing, color is a splendid Mistress, with a mate worthy of herself, her lover, but her Master likewise, the most magnificent Mistress possible, and the result is evident in all the glorious things that spring from their union.

Do You Have a Favorite Quote About Color?