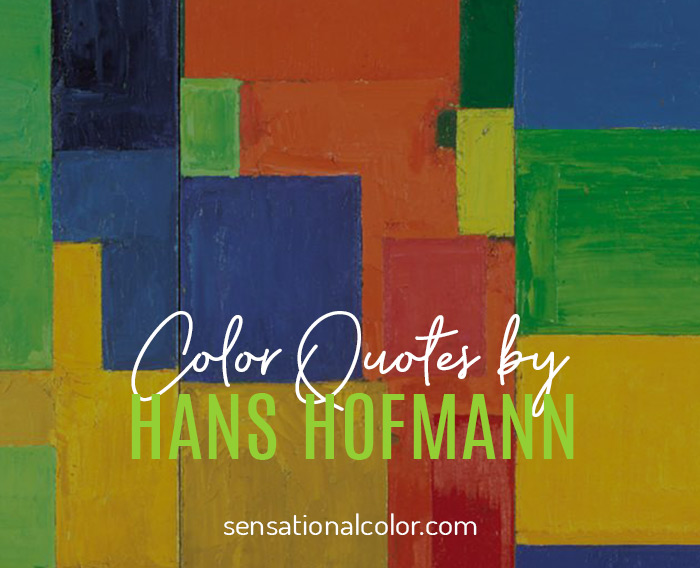 Hans Hofmann was an influential 20th century a German-born American art teacher whose work paved the way for abstract expressionism. Hofmann The selected Hans Hofmann quotes reveal how he thought about color.

Hofmann's art work is distinguished by a rigorous concern with pictorial structure, spatial illusion, and color relationships. He was heavily influenced in his later years by Henri Matisse's ideas about color and form. Hofmann believed that abstract art was a way to get at the important reality. He famously stated that "the ability to simplify means to eliminate the unnecessary so that the necessary may speak".

Hofmann was renowned not only as an artist but as a teacher of art, both in his native Germany and later in the U.S. In Munich he founded an art school, where Alf Bayrle, Louise Nevelson, Wolfgang Paalen, Worth Ryder and Alfred Jensen, were among his students. He closed this school in 1932, the year he immigrated to the U.S.

After Hofmann relocated to New York City he began teaching in 1933 at the Art Students League of New York. Leaving the League in the mid-1930s Hofmann opened his own schools in New York and later in Provincetown, Massachusetts. Many famous or notable artists, especially some who could generally be classified as abstract expressionists, studied with Hofmann. In 1958, Hofmann closed his schools in order to devote himself exclusively to his own creative work. Hofmann is a painter and theorist of particular appeal to other artists.

Also prominent as a writer on modern art, Hofmann authored an influential book (sometimes referred to and anthologized as an "essay"), Search for the Real, in which he discussed his push/pull spatial theories, his reverence for nature as a source for art, his conviction that art has spiritual value, and his philosophy of art in general. Hofmann is especially noteworthy as a theorist of the medium who argued that "each medium of expression has its own order of being," "color is a plastic means of creating intervals," and "any line placed on the canvas is already the fifth." (excerpted from Wikipedia)

It is not the form that dictates the color, but the color that brings out the form. - Hans Hoffman #quote #color 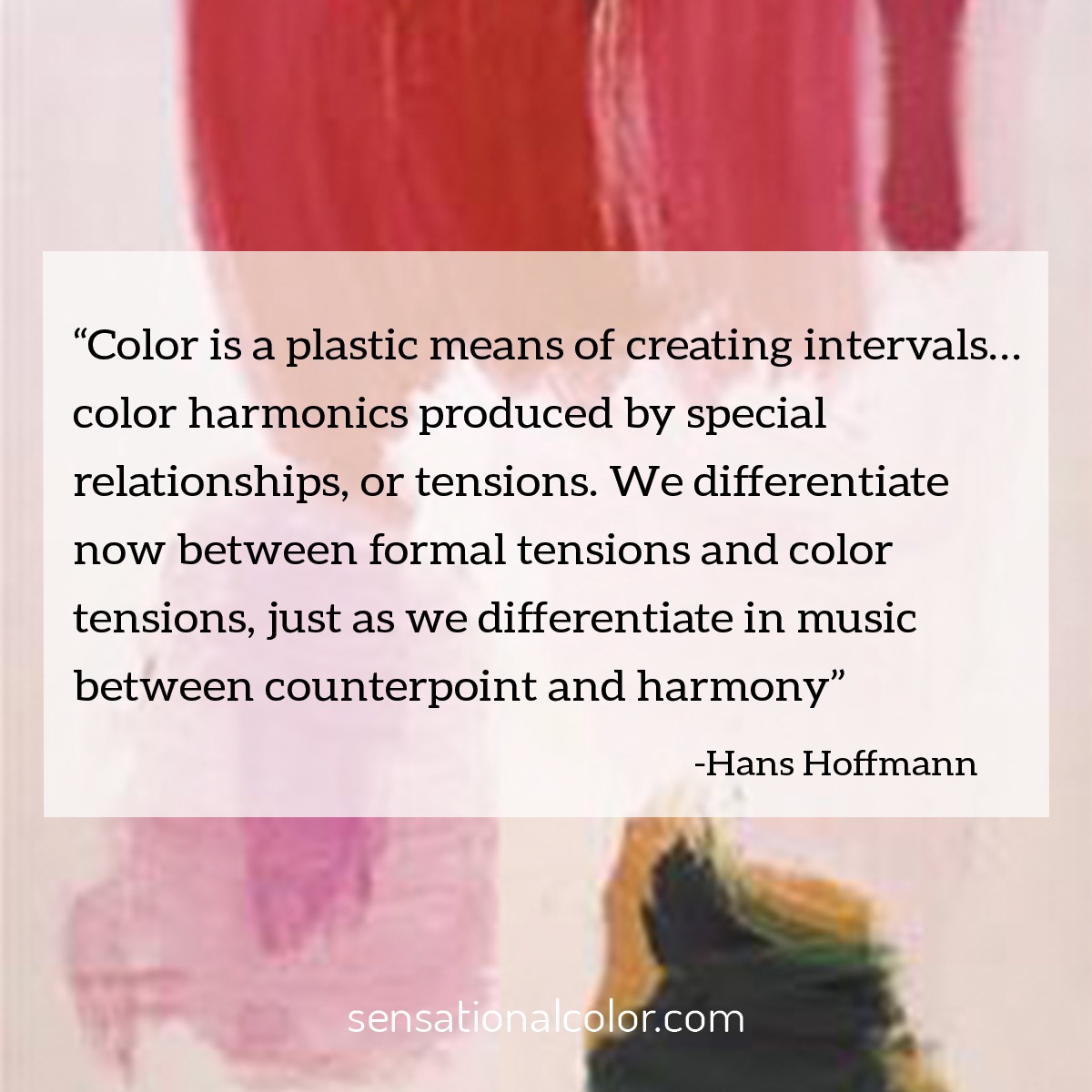 Color is a plastic means of creating intervals… color harmonics produced by special relationships, or tensions. We differentiate now between formal tensions and color tensions, just as we differentiate in music between counterpoint and harmony.” 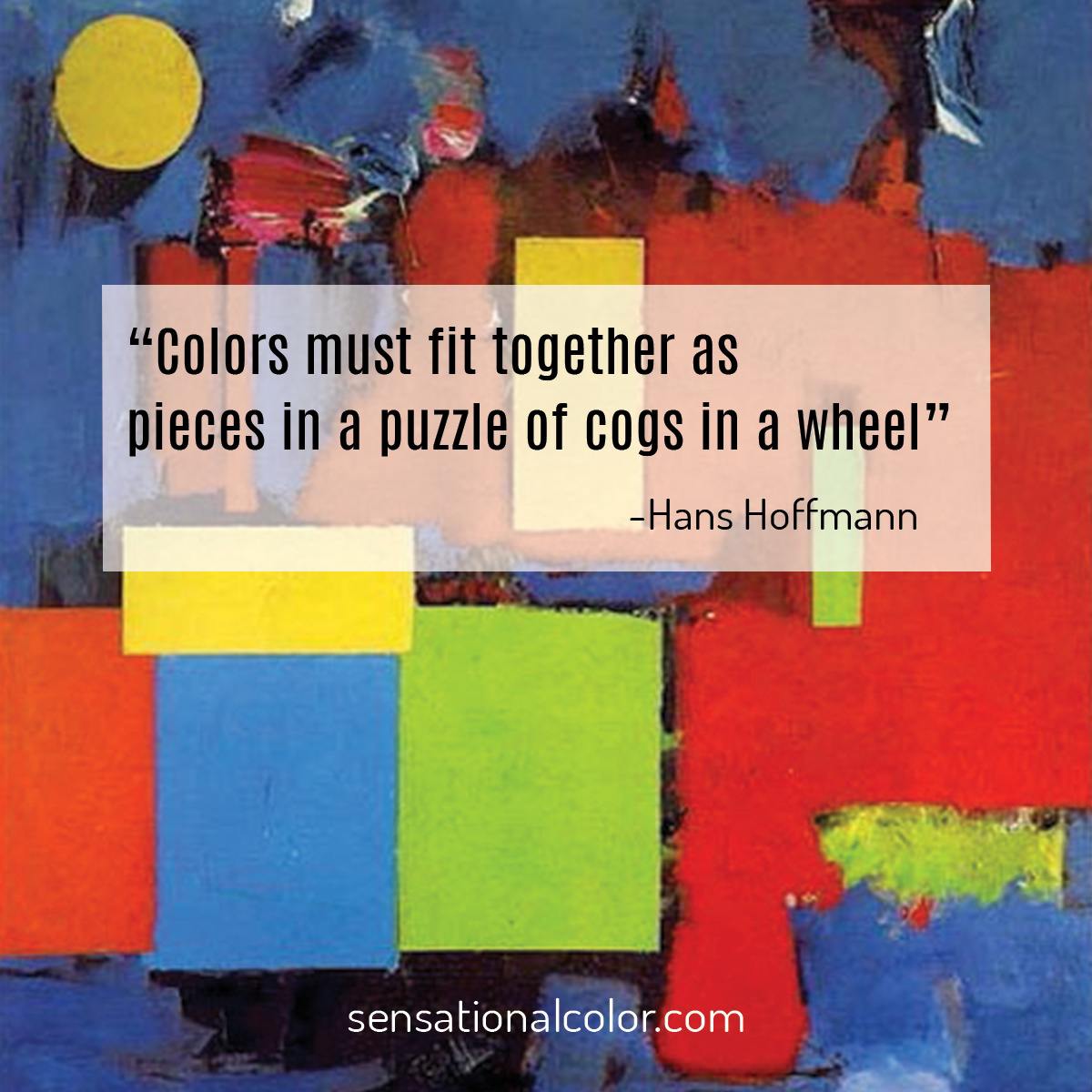 Colors must fit together as pieces in a puzzle or cogs in a wheel. - Hans Hoffman #quote #color 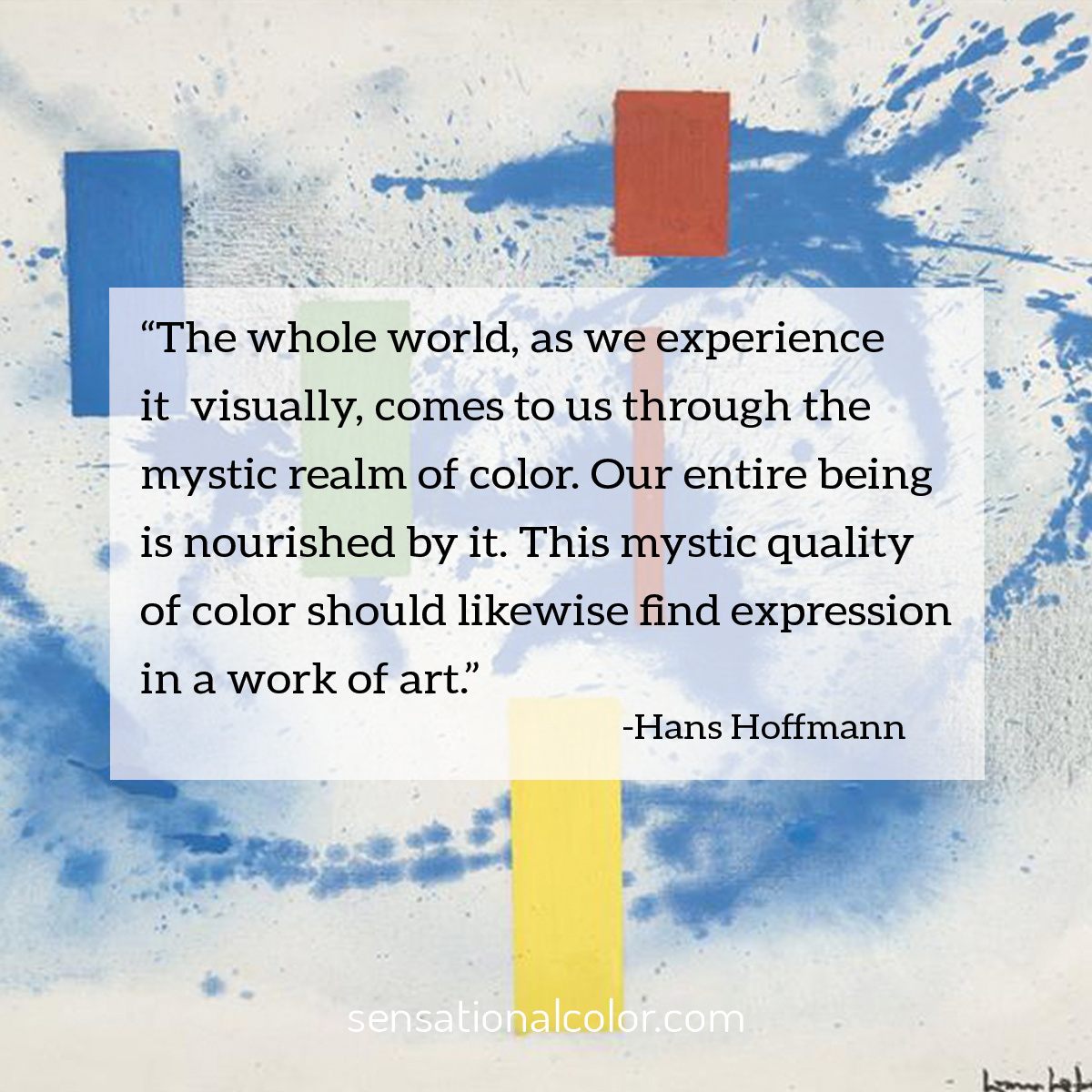 The whole world, as we experience it visually, comes to us through the mystic realm of color. Our entire being is nourished by it. This mystic quality of color should likewise find expression in a work of art.”

Feature Image Credit: Photo of the cover of the book Hans Hoffman: The Artist's Materials