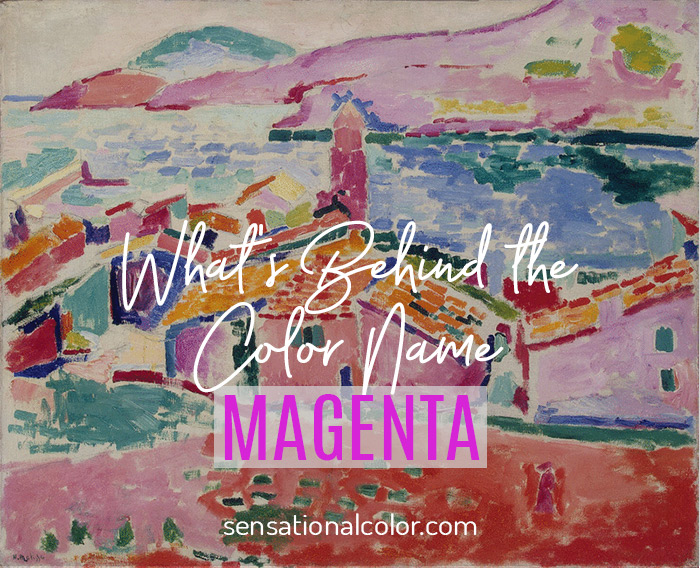 A Roman emperor. A bloody battle. While most color words have their origins in long lists of dusty etymological explanations, the origin of the word magenta, a purplish-pink hue, is worthy of a summer blockbuster.

For The Origin Of The Word Magenta Head To Italy

Magenta is the name of a town in northwestern Italy. While no one knows for sure, historians speculate the town may have been named for Marcus Maxentius, a Roman general—and later an emperor—who had his headquarters there in the 4th century.

Fast forward about 1500 years. In 1859, during the Second Italian War of Independence, French and Italian forces defeated the Austrians at Magenta. It was a particularly gory clash—so bloody that more than seven thousand men died were buried in one mass grave.

Shortly afterward, a new type of purplish-pink dye, made from coal tar, was discovered. The color, originally called fuchsine (or fuchsia) after the dye used to create it, was soon renamed magenta. While some suspected it was called magenta after the red-colored uniforms worn by the French troops, according to Philip Ball, Bright Earth, Art and the Invention of Colour it was renamed to celebrate the victory of the French army at the Battle of Magenta on June 4, 1859, near the Italian city of that name.

Henri Matisse and the other painters of the Fauvist movement were the first to make a major use of magenta in their art. Magenta was used surprise that view and make an impact on their emotions.

In 1860 the book English Women's Clothing in the Nineteenth Century: A Comprehensive Guide calls magenta an important innovation. It goes on to report that the novelty was so much admired that Magenta was used for dresses, petticoats, bonnets, and stockings as well as ribbons, etc.; it was described as the 'Queen of Colours'.