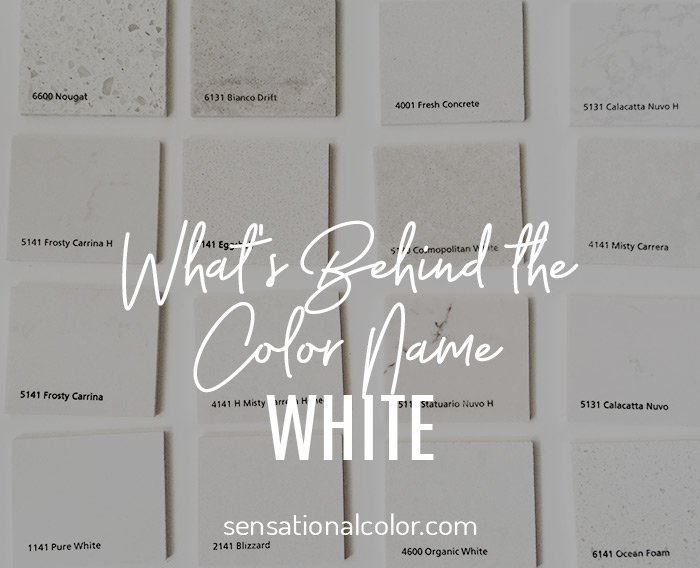 From the innocence of youth to the wisdom of old age, the color white represents a plethora of familiar concepts in the English language. The earliest origin of the word white itself, however, is shrouded in a haze of mystery.

Etymology Of The Word White

Etymologists, or language experts, believe the word white got its start in Proto-Indo-European, a tongue that died out thousands of years ago but gave birth to many modern languages, including English, Welsh, Lithuanian, and Armenian. There’s no written evidence of the Indo-European language, so experts are forced to make the educated guess that the word for white was kwintos.

This ancient word then entered another defunct language called Proto-Germanic. Like its predecessor, the word for white in Proto-Germanic is lost, so etymologists hypothesize that word was khwitaz.

Over time, the word became hwit, which looks and sounds much closer to the white we use today. Hwit is on Old English word, spoken by the Anglo-Saxons, German tribes who began to invade England as early as the 5th century.

The Anglo-Saxons weren’t just the barbarian tribes we sometimes see portrayed in movies and books. They were also quite literate, producing authors like Bede and epic adventures like Beowulf. It’s through this culture that we have some of the first written evidence of the word that would become white. The Anglo-Saxons were also the first to start using the word white as a surname for a person who had light hair or a fair complexion.

The Origin Of The Word White Led To Many Variations

Today, variations of white—all with their root in the ancient Proto-Indo-European language—are found in 20 languages around the world, including Sanskrit and Slavic.