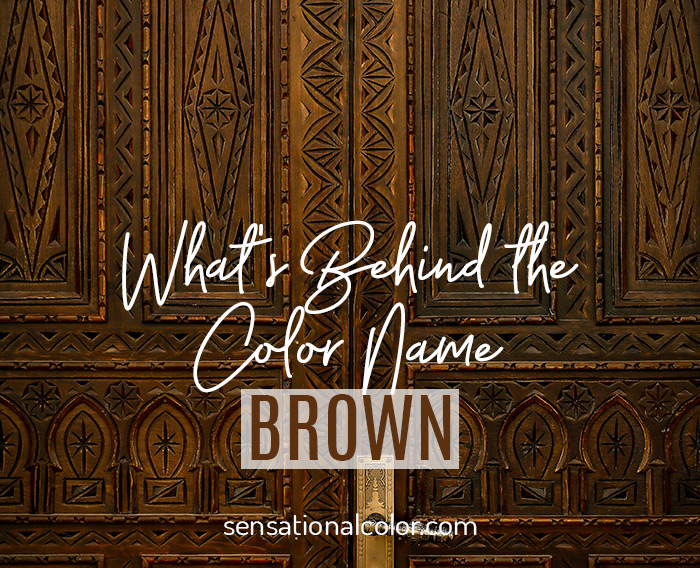 From khaki to umber, there’s no question that brown is a go-to neutral for people everywhere. Yet despite its modern appeal, the origin of the word brown has been around since weaving was an exciting new technology.

Ancient Origin Of The Word Brown

The original term for brown is rooted in Proto-Indo-European, a tongue spoken by the ancient tribal cultures of Eastern Europe and Central Asia. Word scholars, or etymologists, believe these peoples used the word bher- to mean dark and shining.

As the Proto-Indo-Europeans migrated through Europe, the word eventually entered the ancestral language for many modern tongues, Proto-Germanic. These cultures used the term brunaz, and it still described an item both shiny and dark colored.

In Old English, the language of England during the Dark Ages, the word brun was used to describe items that were shining and bright. The first record of the anyone using the word brown is in a series of poems called the Lays of Boethius, reputed to have been written by England’s King Alfred. Today, the definition of brun still survives in the English word burnish.

Brown No Longer Shiny And Bright

Not until the Middle Ages—the 13th century to be exact—did the word brown lose the shining part of its definition, when a writer used it to describe a man with “nut brown” hair. Centuries later, it’s still used as a broad term to describe that versatile blend of complementary hues or many colors.