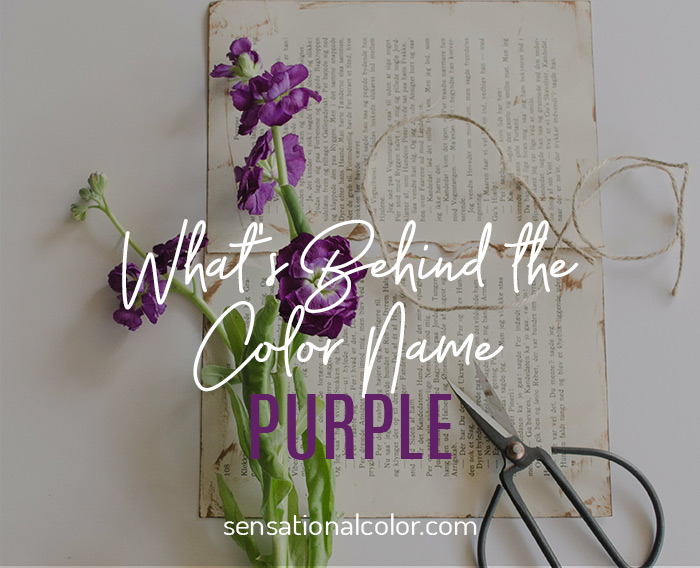 Purple. It’s a color that calls to mind opulence and royalty. However, the origin of the word purple has a history as rich as the images it evokes.

The original word was likely used by the Semites, a group of ancient people comprised of Hebrews, Arabs, and Phoenicians. In Greek, the word was porphrya, a term for the shellfish-derived dye that garment makers used to create the color, which had a decidedly more reddish tint than the modern image of purple.

The ancient Romans took a fancy to the dye and called it purpura. It was so costly though that the ancient historian Theopompus reported it was literally worth its weight in silver. As a result, only the privileged, from wealthy senators to tyrannical despots, could afford to sport purple clothing.

Purple remained the color of kings even through the Middle Ages. Garment makers found new sources for the dye, producing a blue-red color that is closer to the purple we know today.

The Old English Origin Of The Word Purple

The Anglo-Saxons, who spoke Old English, called the dye purpul. The first written record of this word in Old English is found in an illuminated gospel manuscript dated to the late 7th or early 8th century. Not until the beginning of the 14th century did English speakers began to use the word purple to refer not only to the dye but to the color as well.

Luckily, modern technology makes it easy to reproduce purple. That means you can use it to feel like a king or queen—without having to break open the piggy bank.