Artist Quotes About Color and More 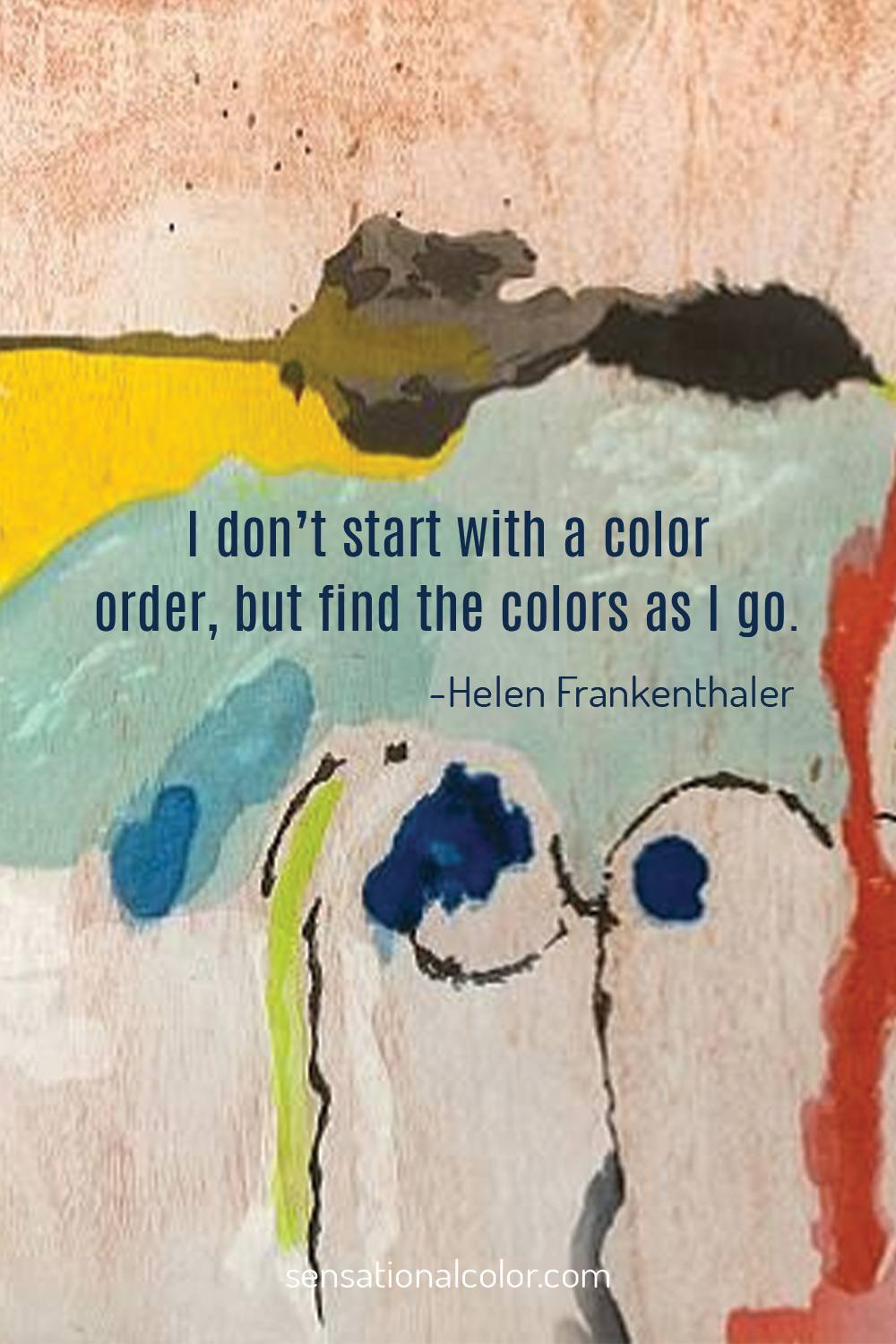 ​“I don’t start with a color order, but find the colors as I go.” -- Helen Frankenthaler, American Abstract Expressionist Painter, 1928-2011 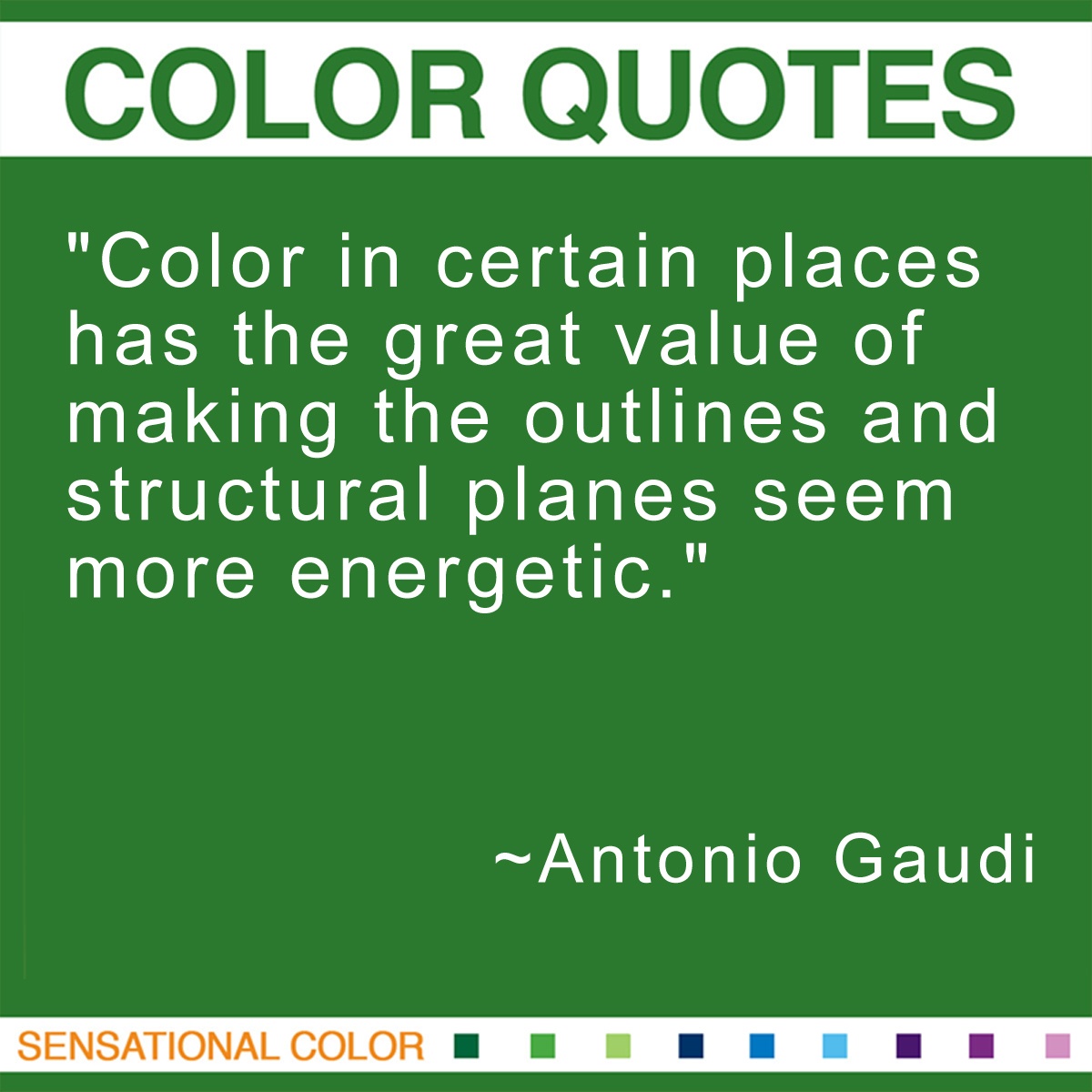 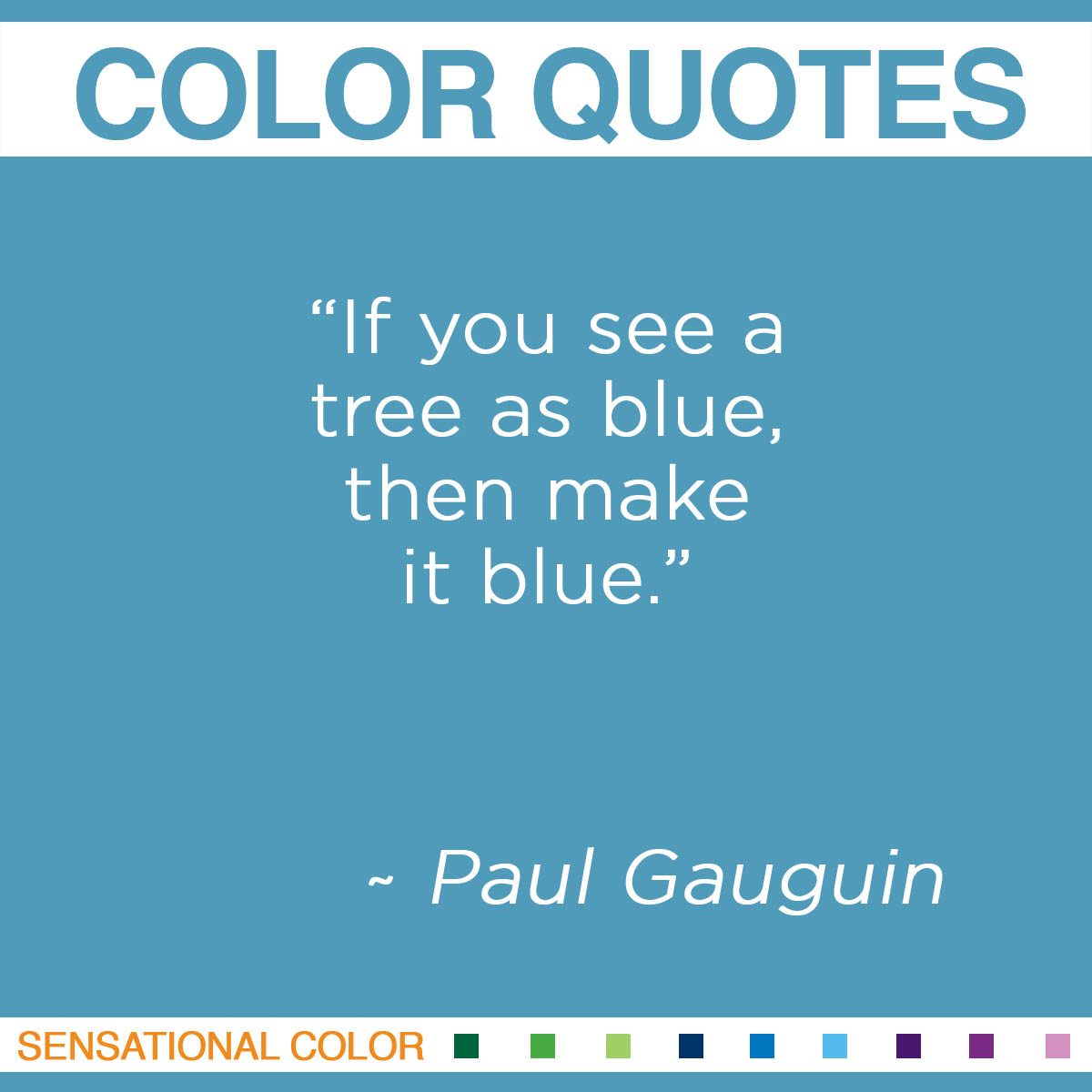 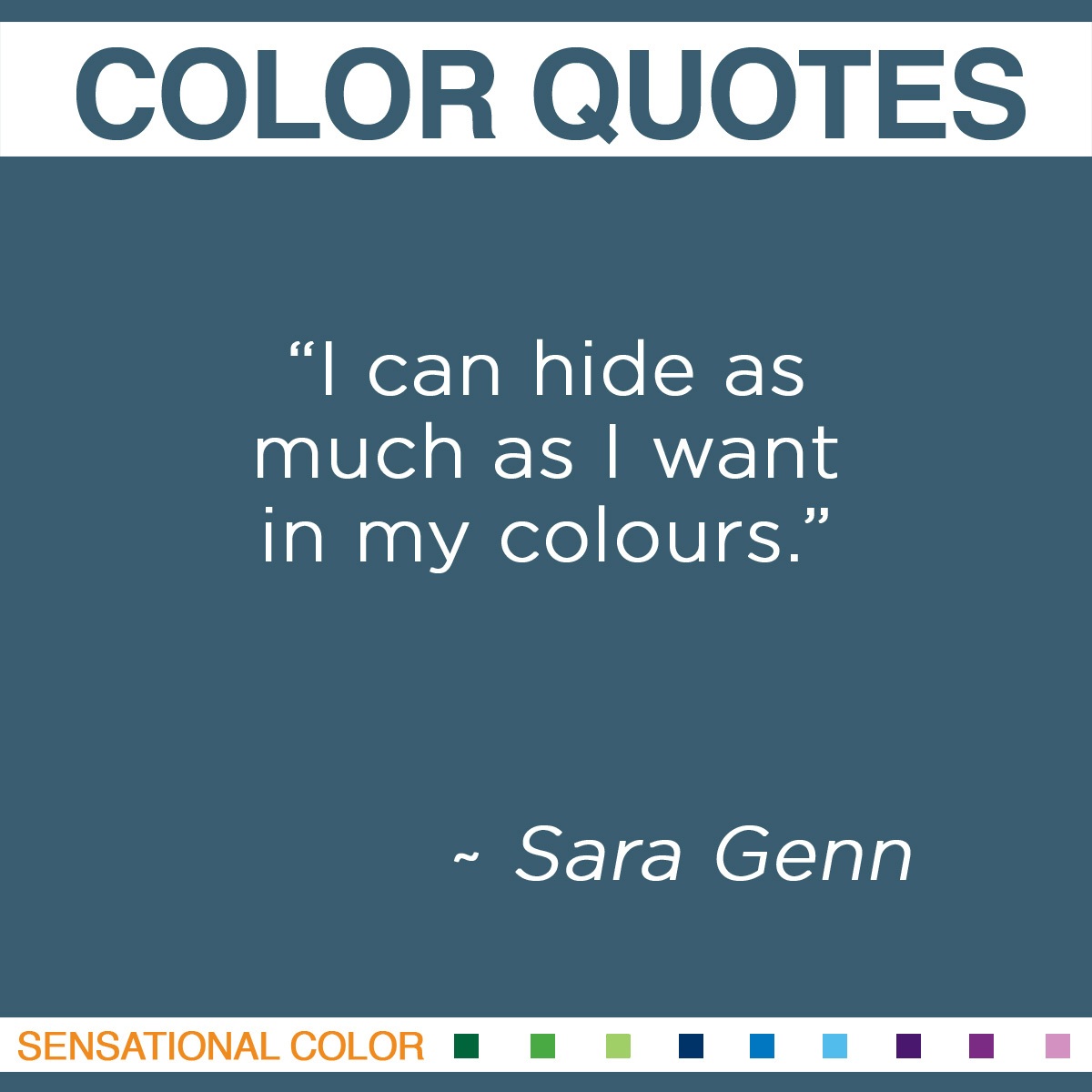 “I can hide as much as I want in my colours” -- Sara Genn, Canadian Painter 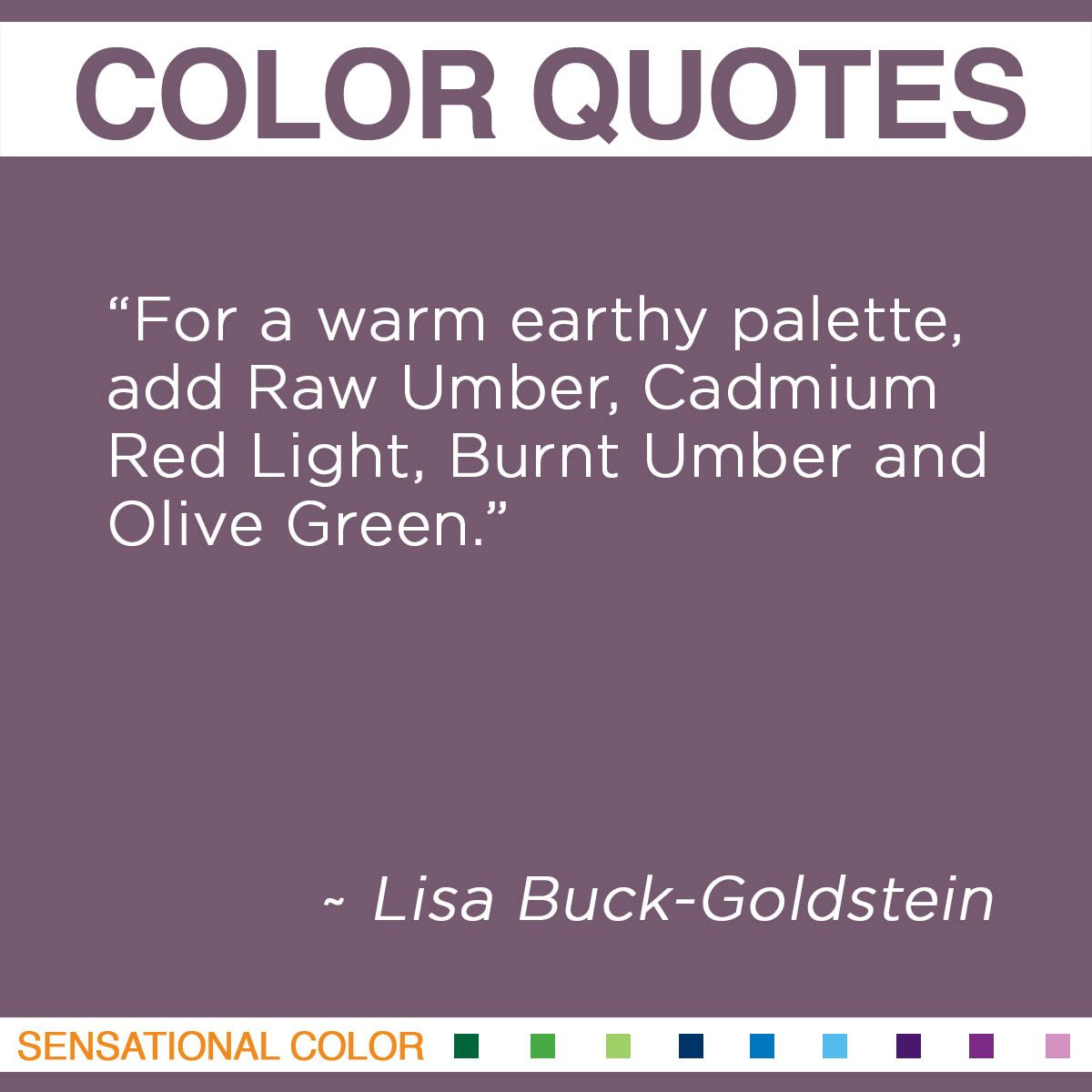 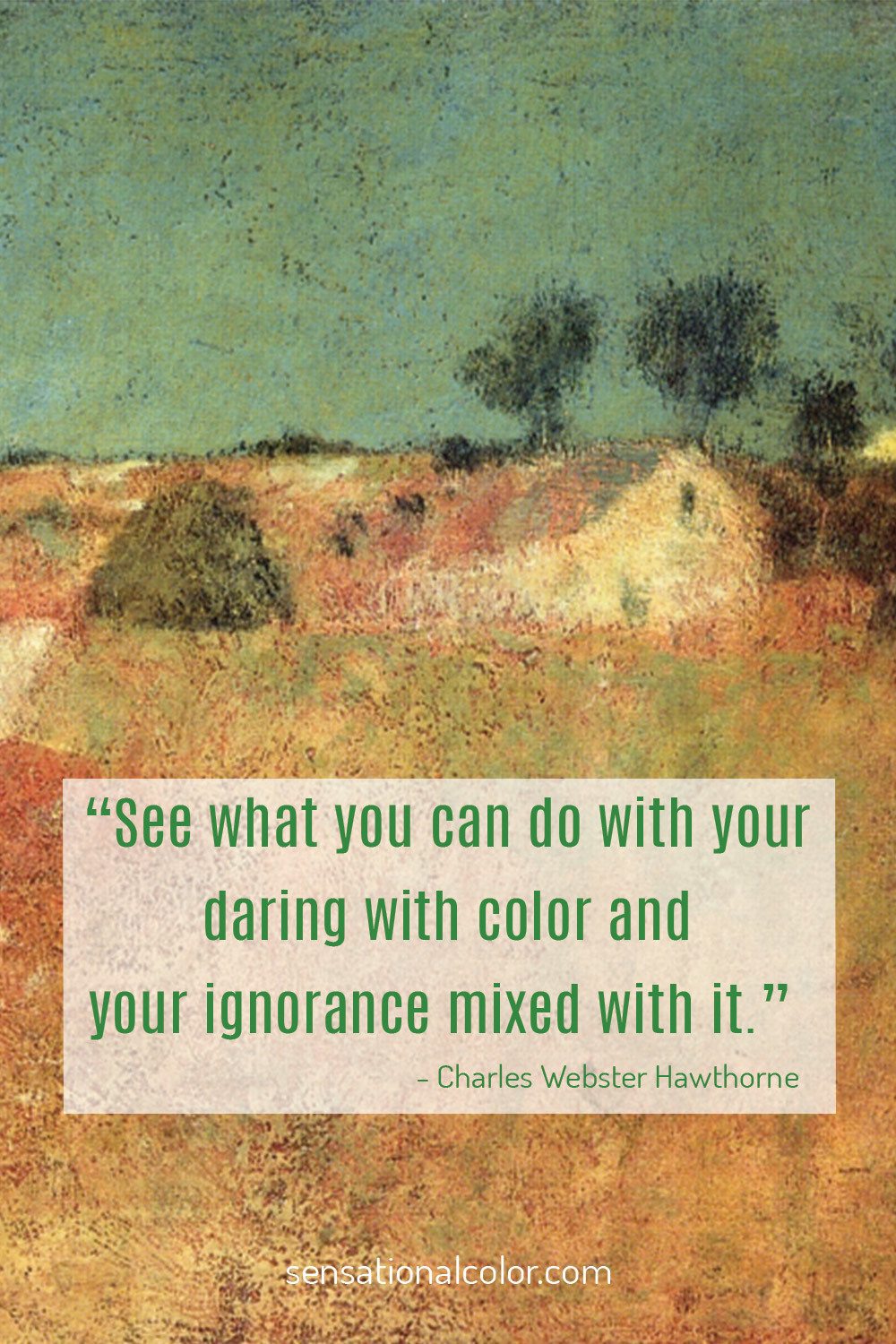 “See what you can do with your daring with color and your ignorance mixed with it.” -- Charles Webster Hawthorne, American Painter, 1872-1930 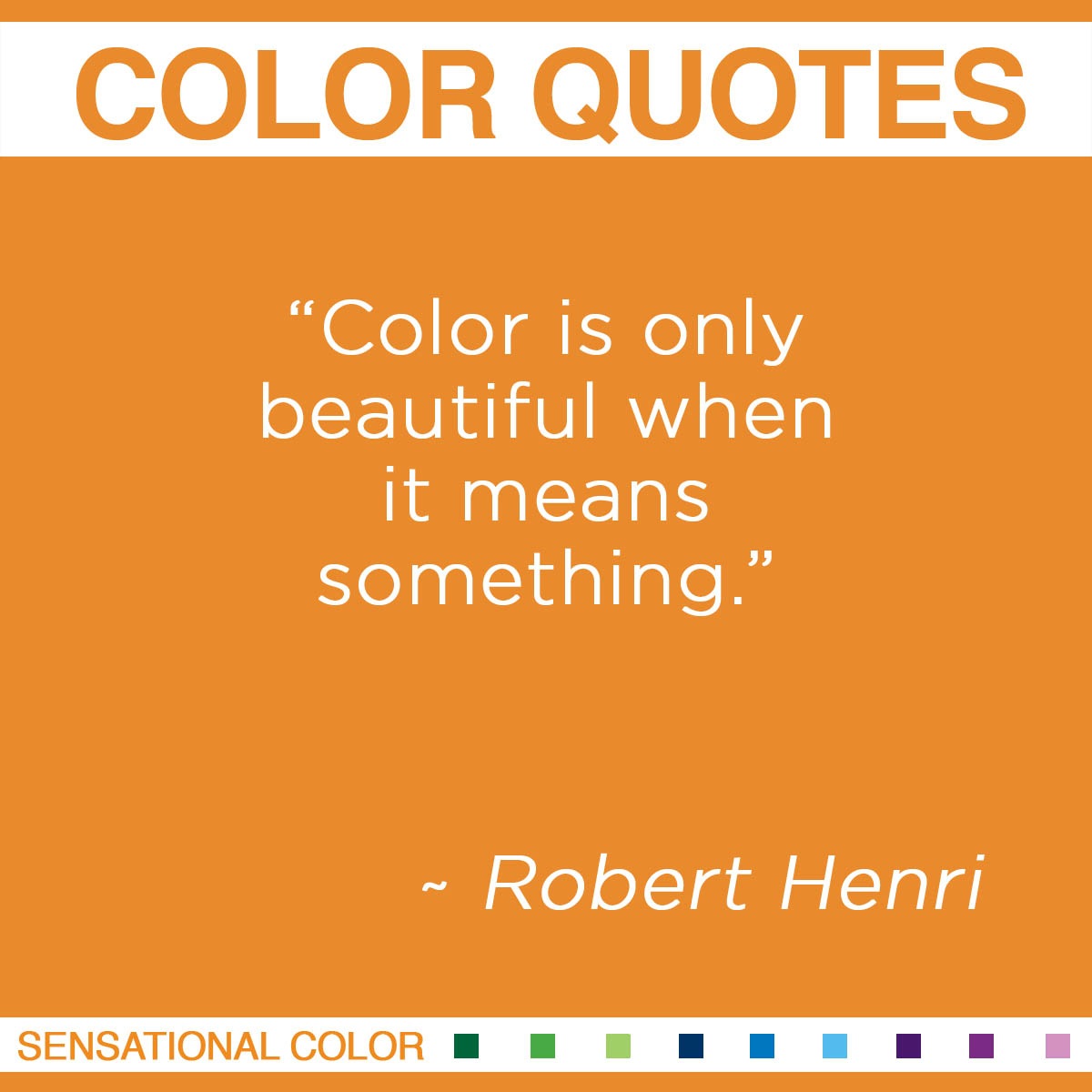 “Color is only beautiful when it means something.” -- Robert Henri American Ashcan School Painter, 1865-1929 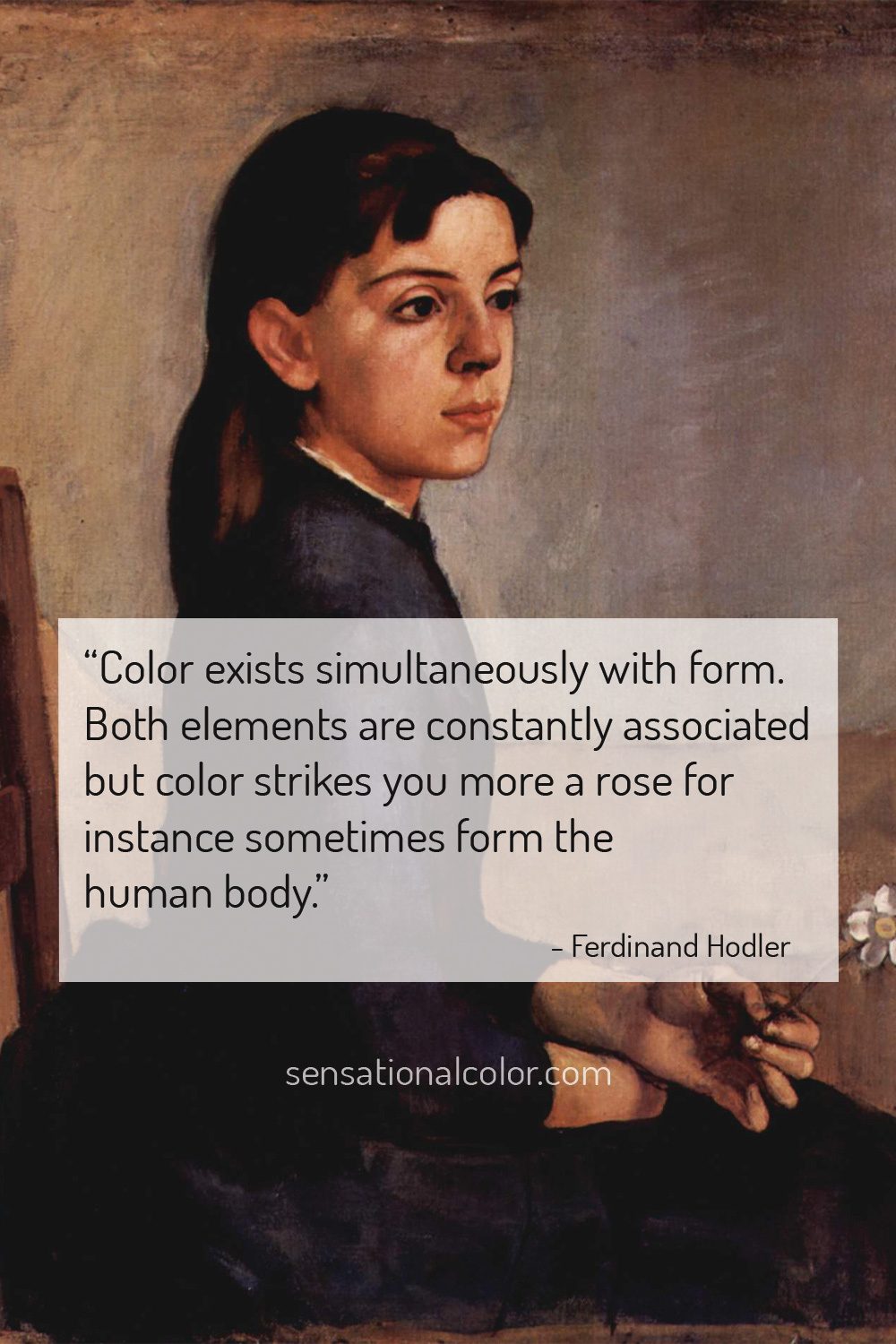 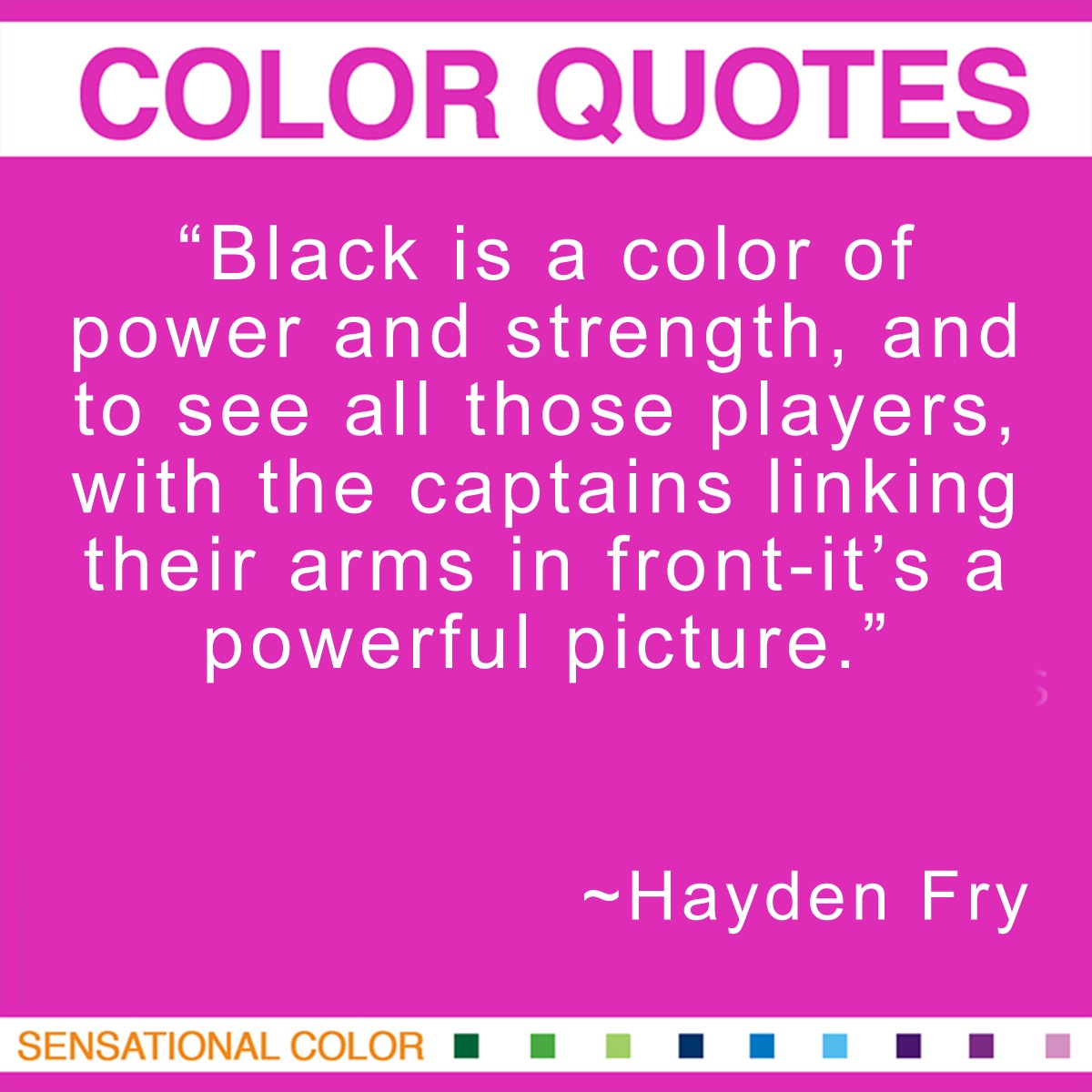 ​“Black is a color of power and strength, and to see all those players, with the captains linking their arms in front-it’s a powerful picture.” -- Hayden Fry American Coach, b. 1929 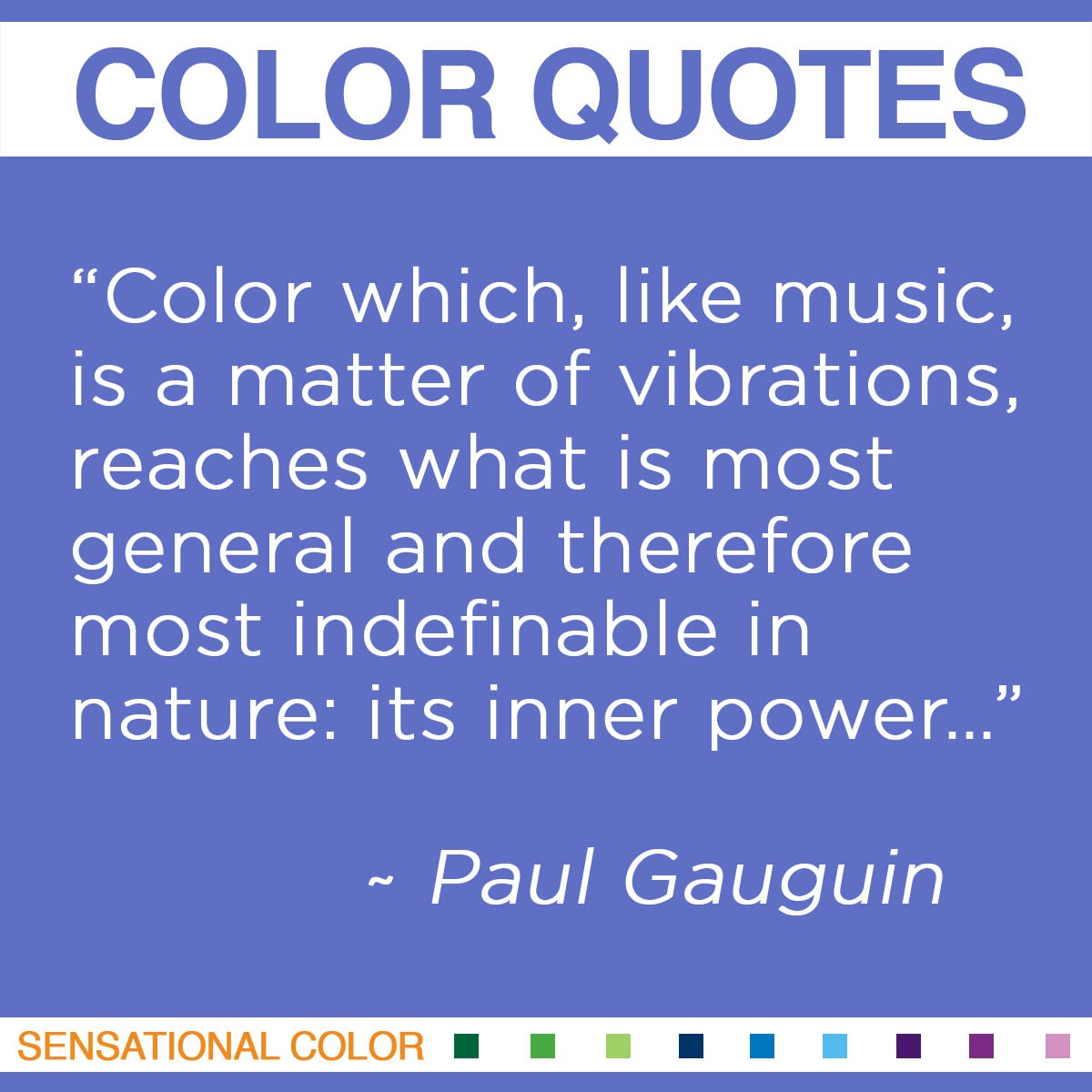 “Color which, like music, is a matter of vibrations, reaches what is most general and therefore most indefinable in nature: its inner power….”  ~ Paul Gauguin French Post-Impressionist Painter, 1848-1903 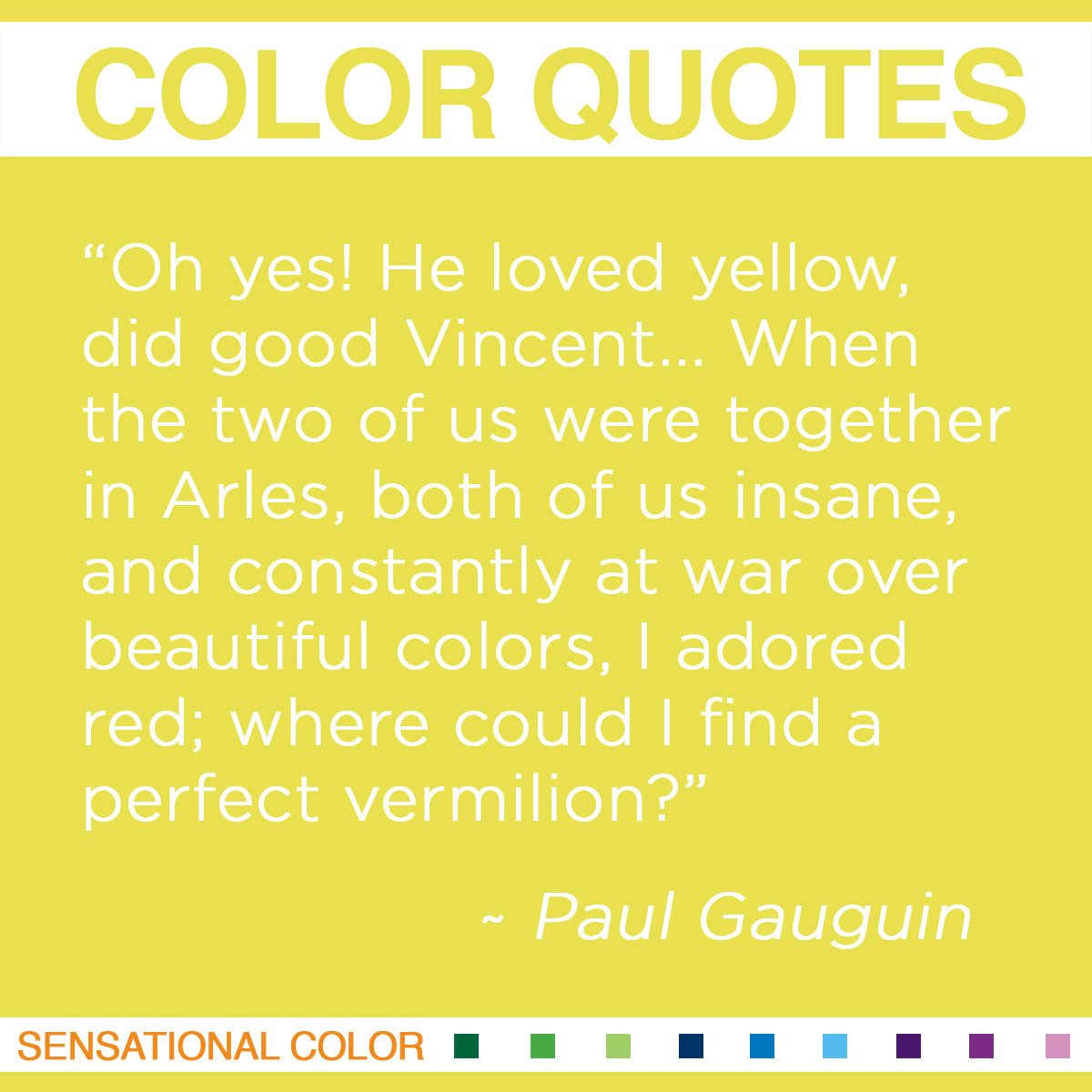 “Oh yes! He loved yellow, did good Vincent… When the two of us were together in Arles, both of us insane, and constantly at war over beautiful colors, I adored red; where could I find a perfect vermilion?” ~Paul Gauguin French Post-Impressionist Painter, 1848-1903 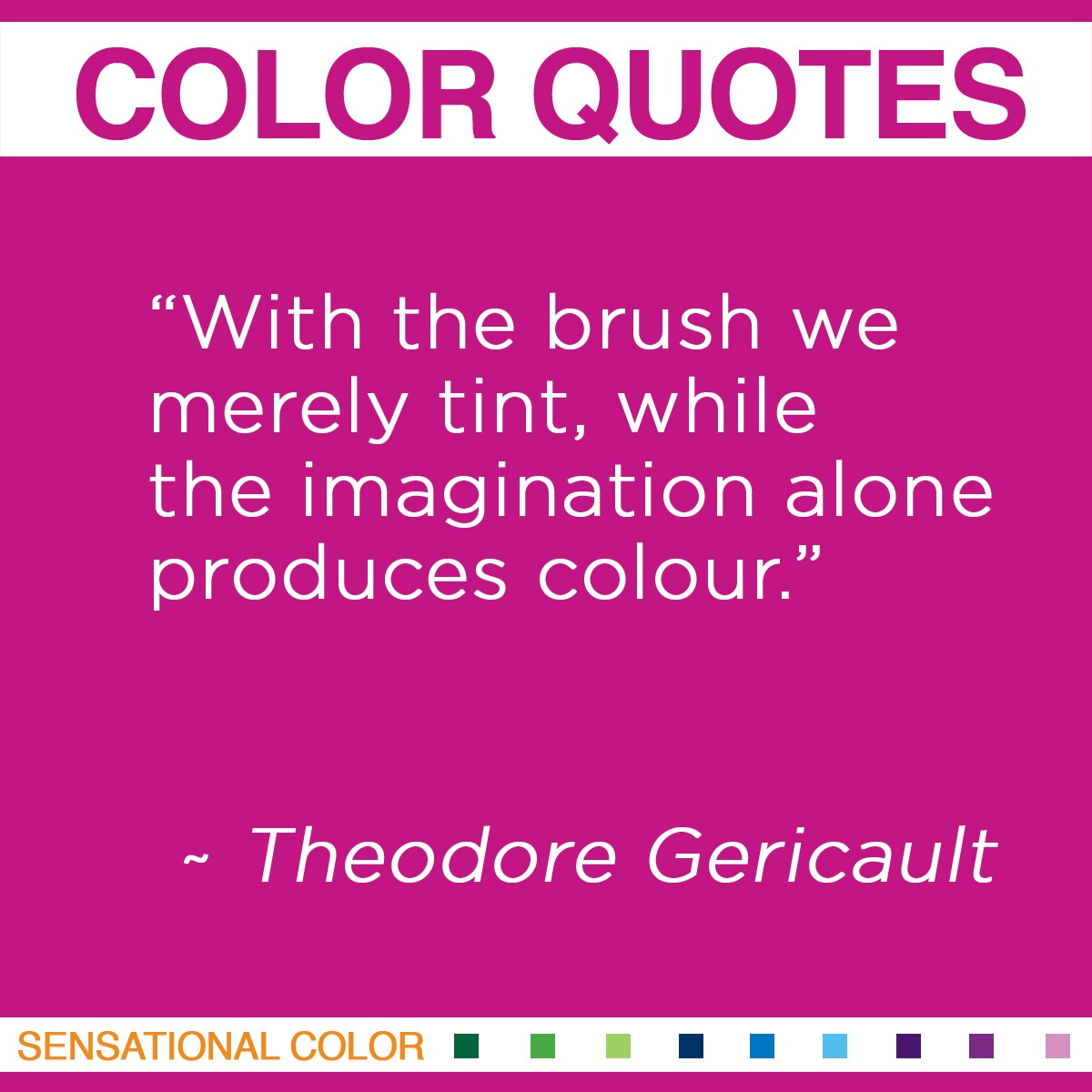 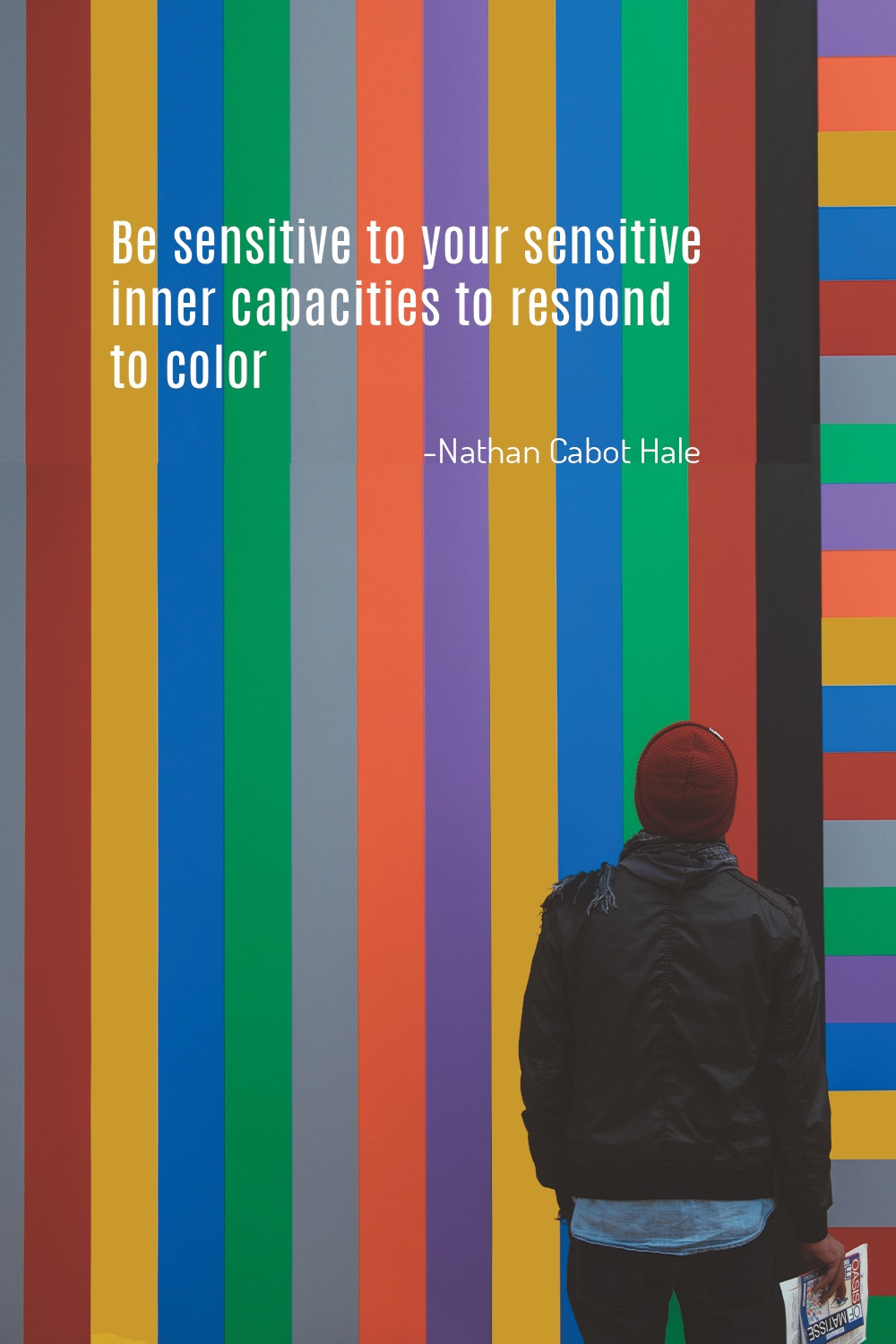 “Be sensitive to your sensitive inner capacities to respond to color.” ~ Nathan Cabot Hale, American Sculptor, b. 1925 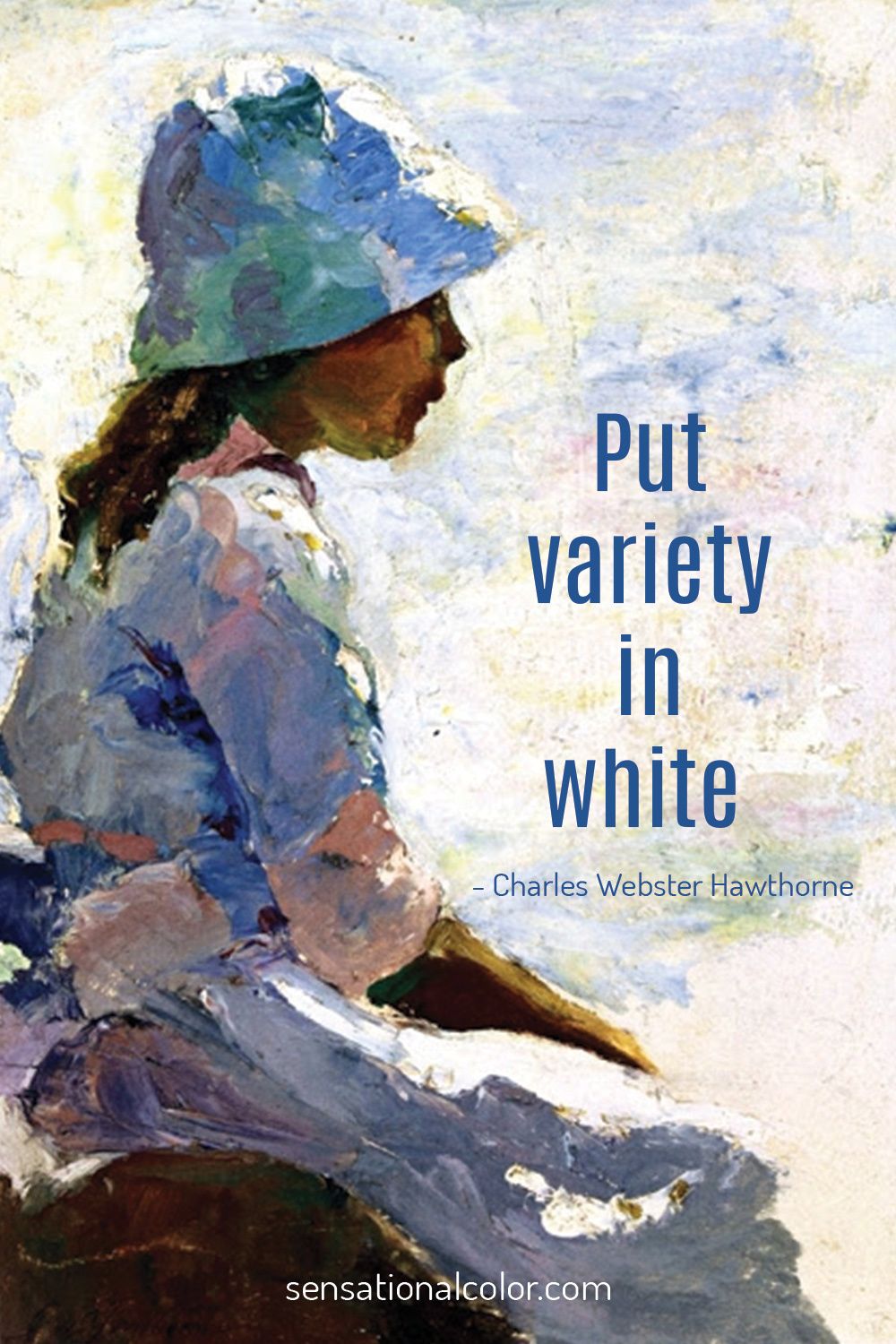 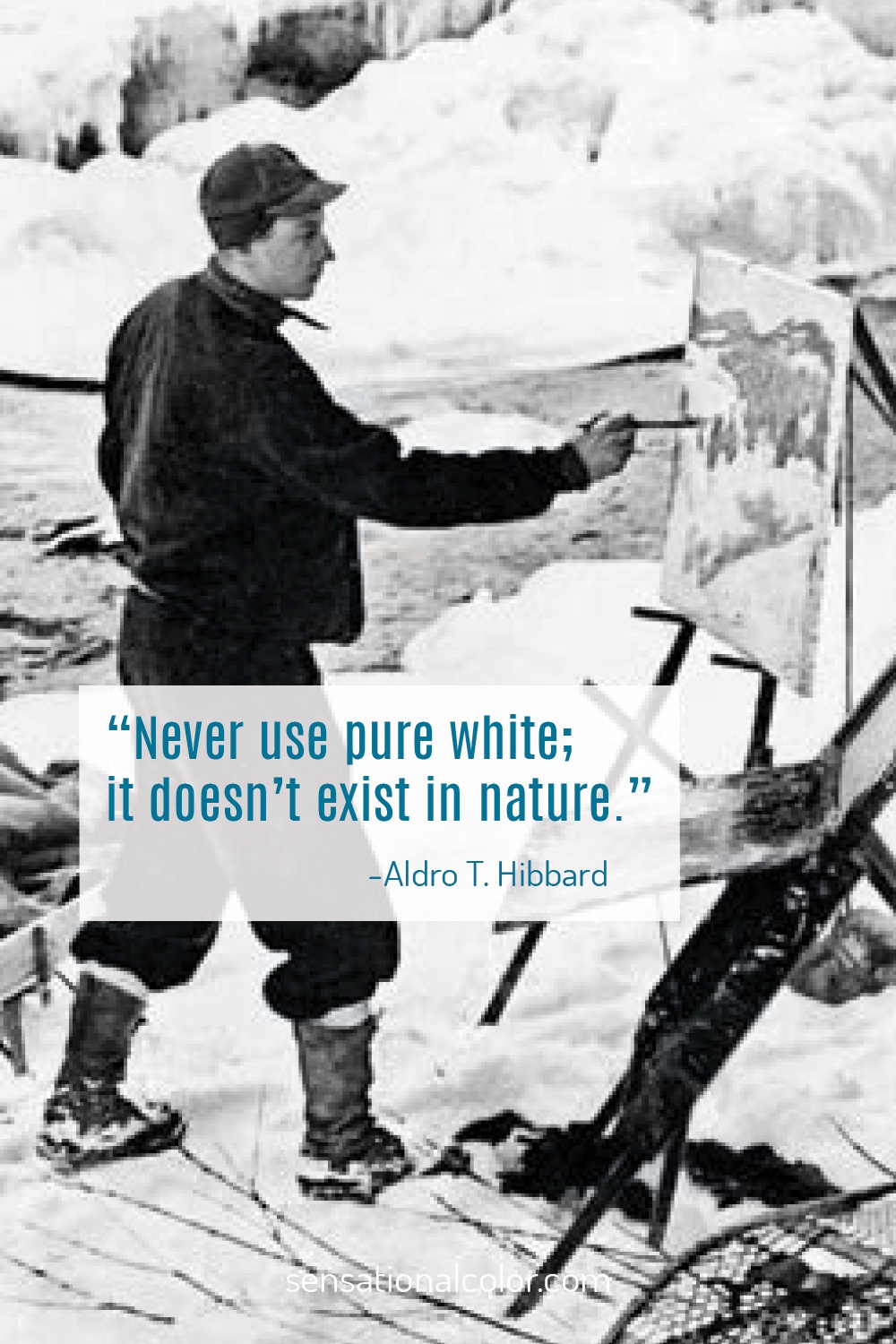 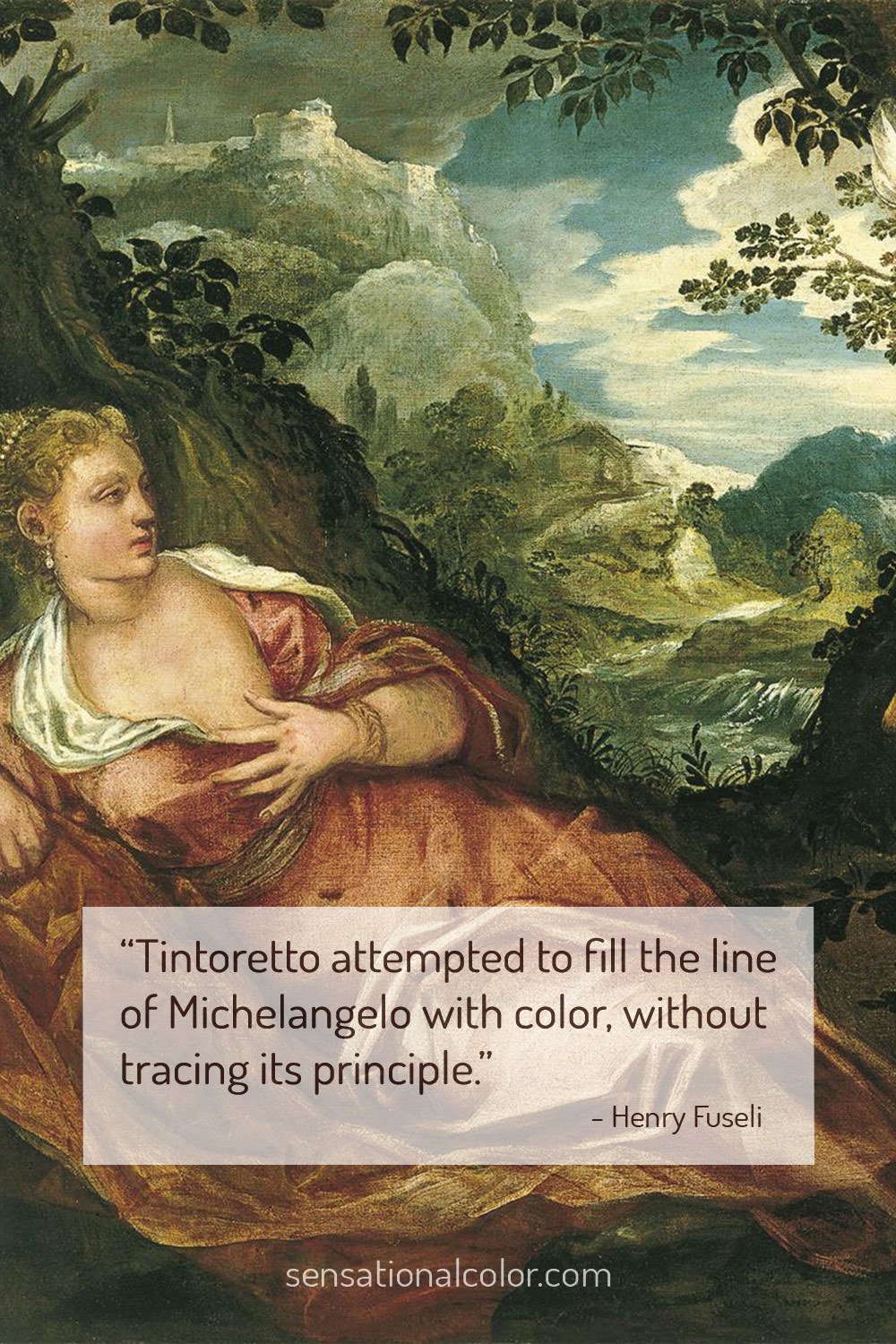 “Tintoretto attempted to fill the line of Michelangelo with color, without tracing its principle.” -- Henry Fuseli, Swiss-born British Romantic Painter, 1741-1825 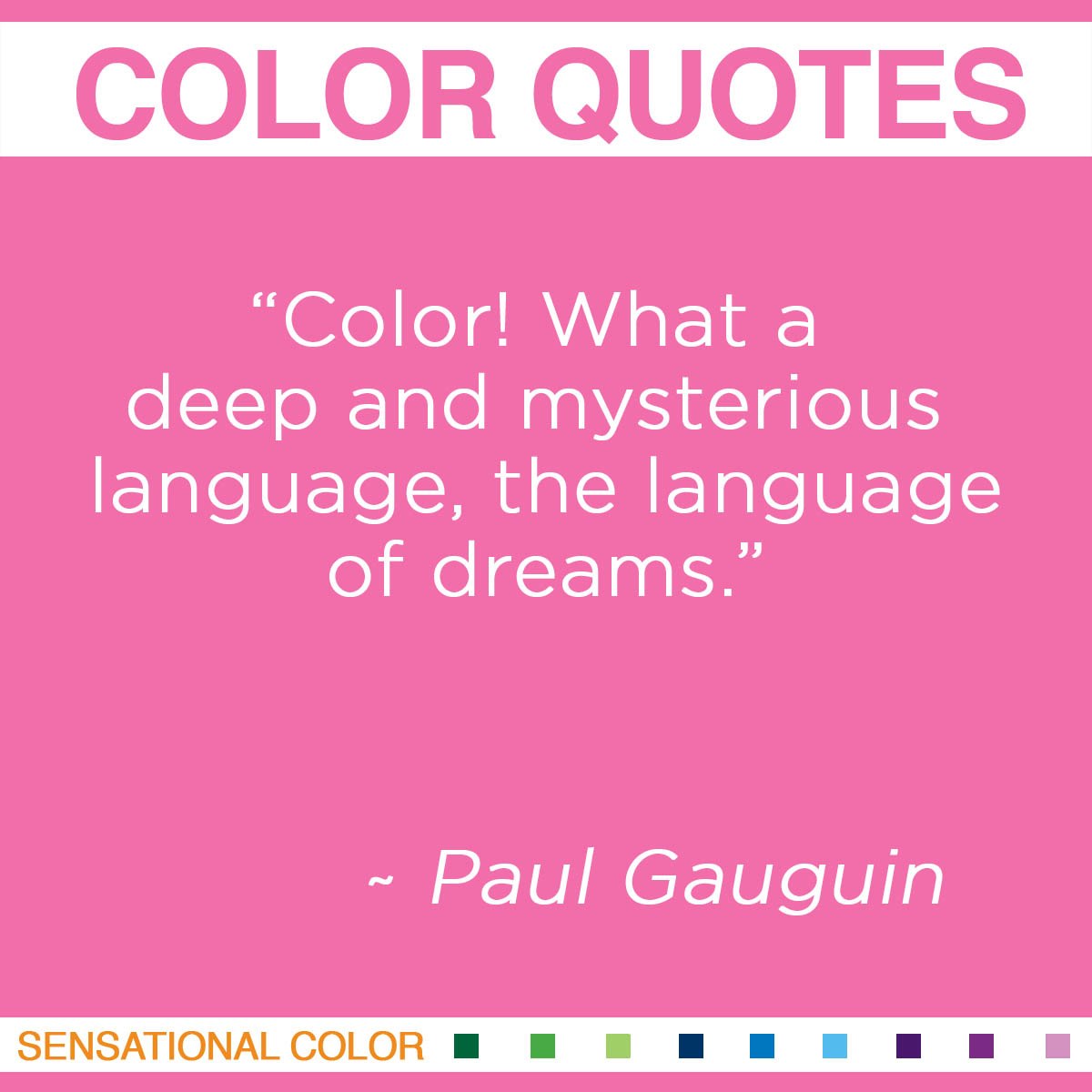 “Color! What a deep and mysterious language, the language of dreams.” ~ Paul Gauguin French Post-Impressionist Painter, 1848-1903 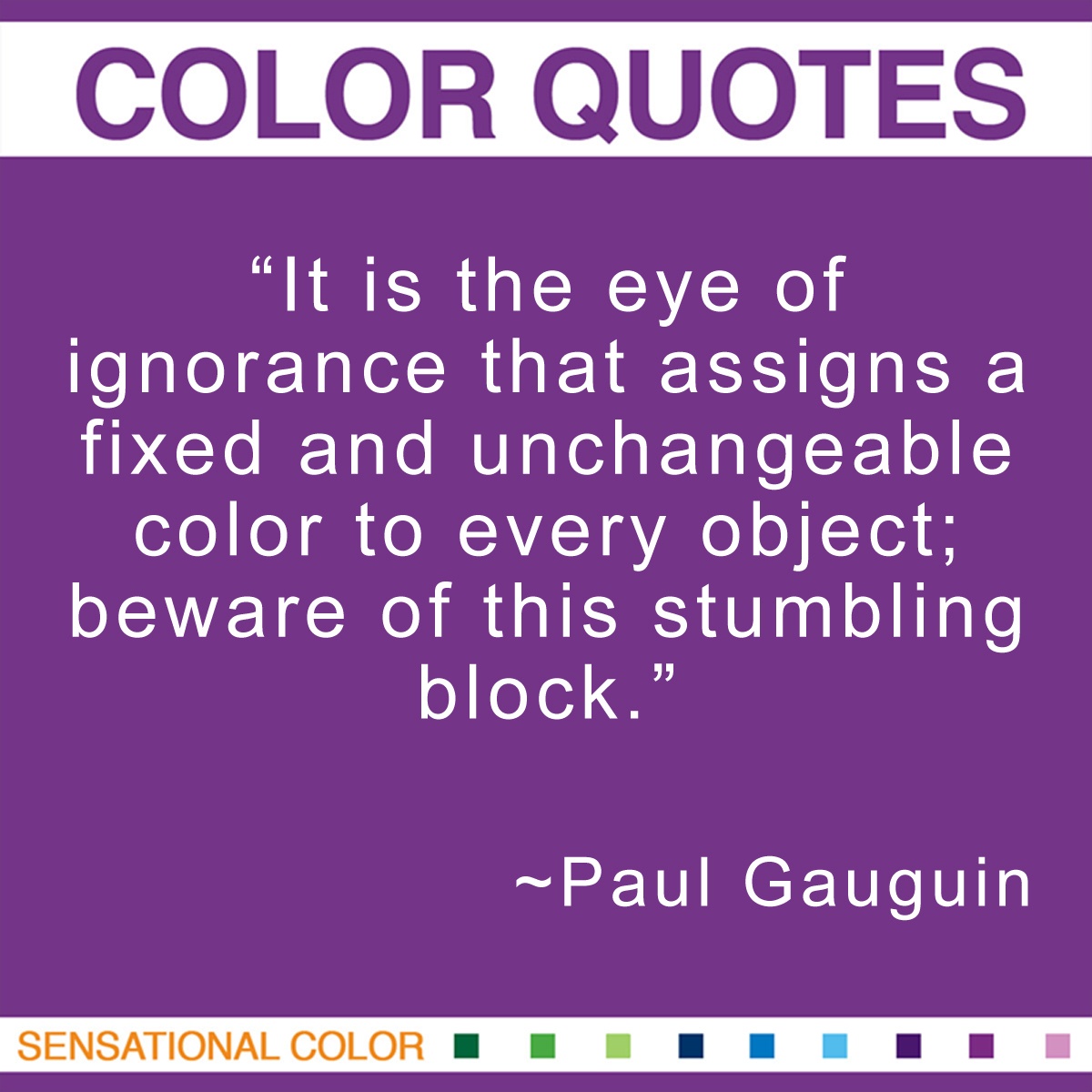 “It is the eye of ignorance that assigns a fixed and unchangeable color to every object; beware of this stumbling block.” -- Paul Gauguin, French Post-Impressionist Painter, 1848-1903 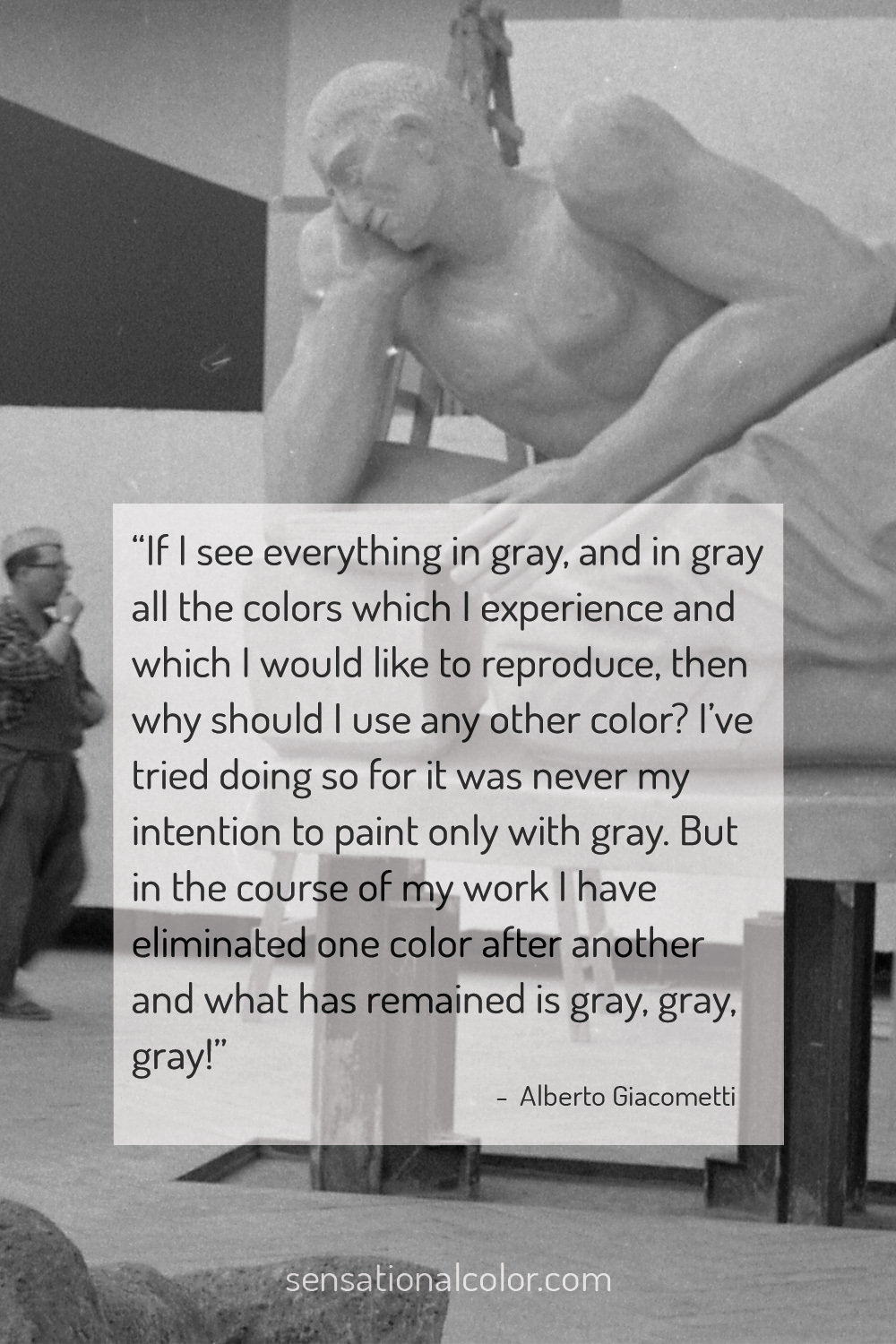 “If I see everything in gray, and in gray all the colors which I experience and which I would like to reproduce, then why should I use any other color? I’ve tried doing so, for it was never my intention to paint only with gray. But in the course of my work I have eliminated one color after another, and what has remained is gray, gray, gray!" -- Alberto Giacometti, Swiss Sculptor, Painter, Draughtsman and Printmaker, 1901-1966 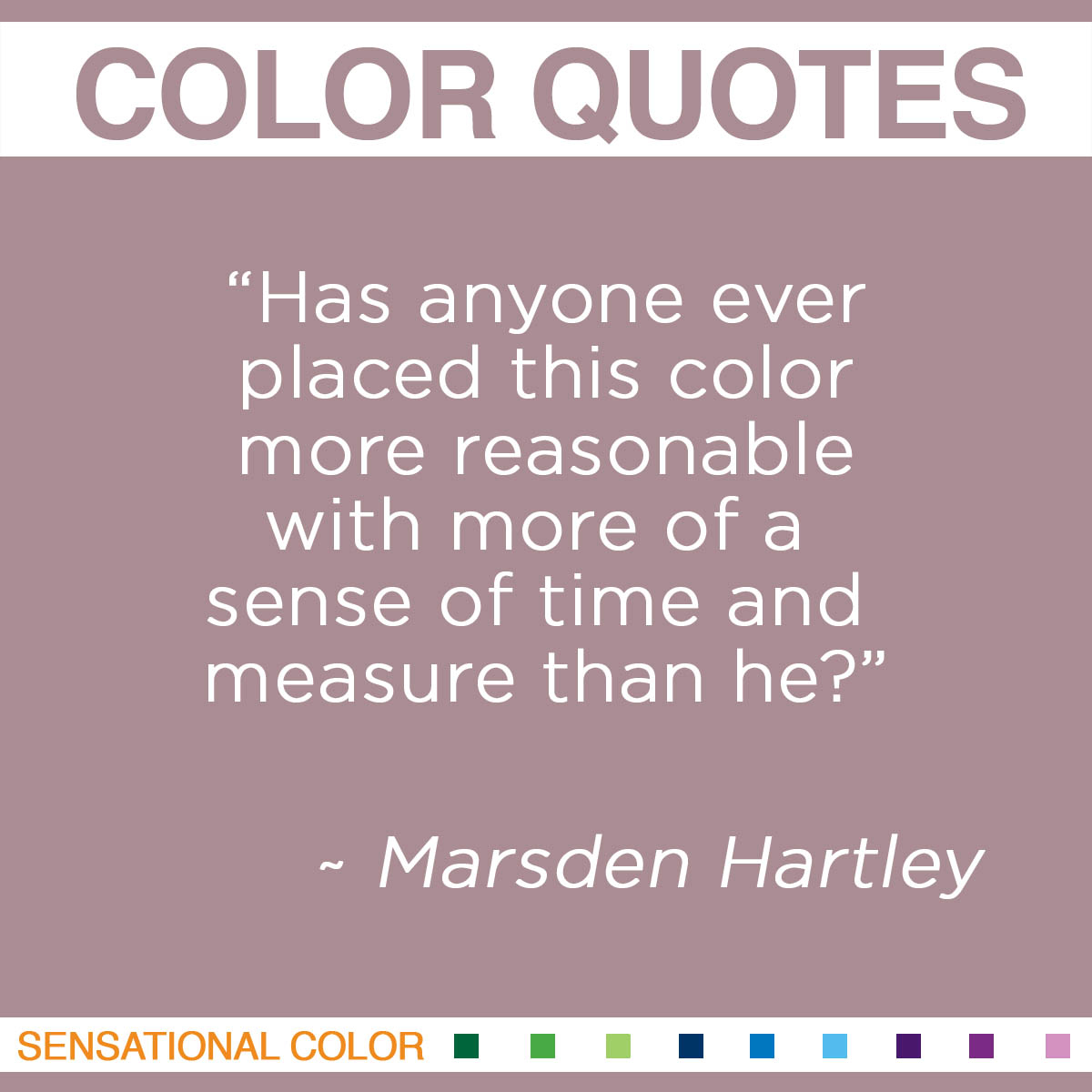 “Has anyone ever placed this color more reasonable with more of a sense of time and measure than he?” -- Marsden Hartley, American Painter, 1877-1943 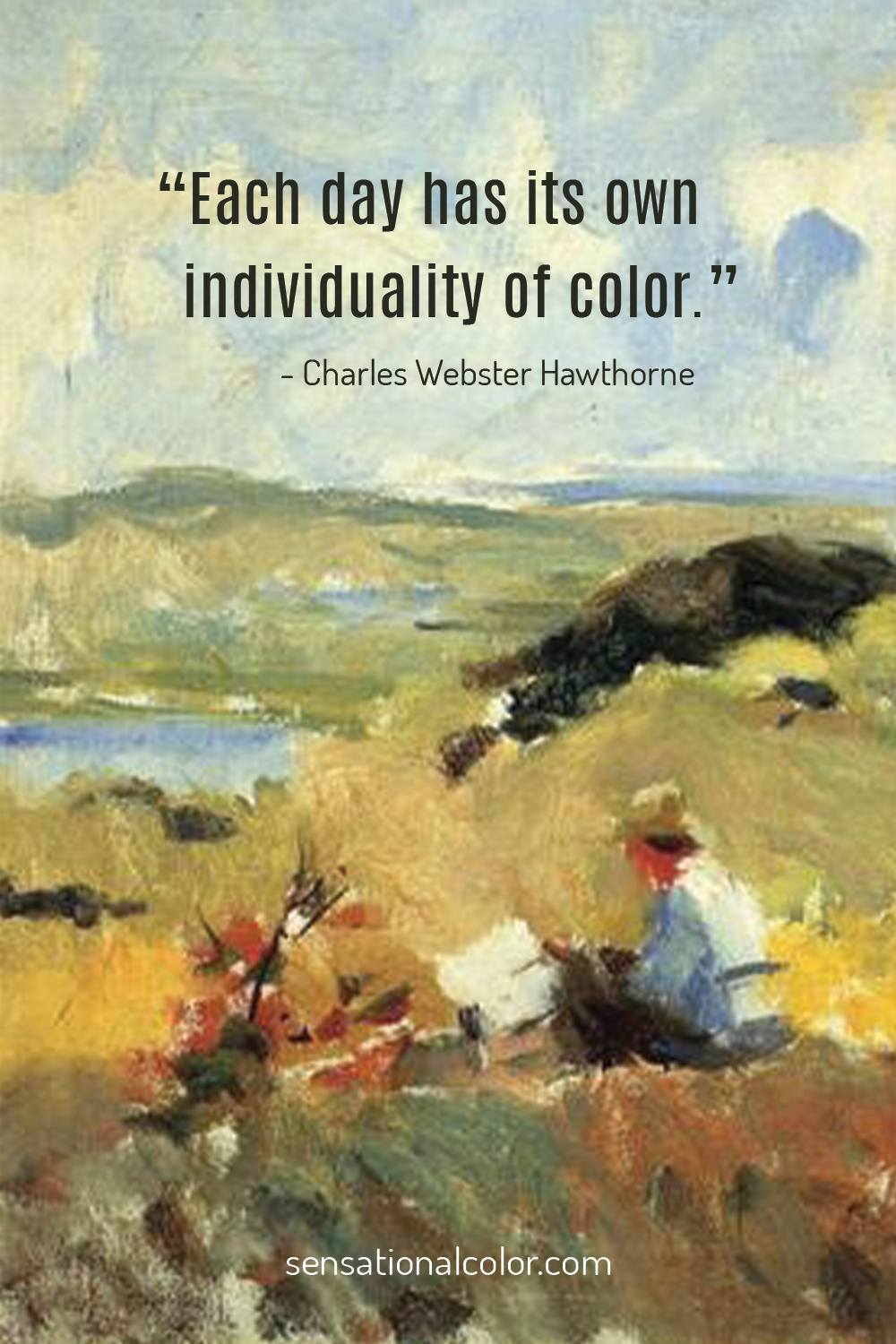 “Each day has its own individuality of color.” ~ Charles Webster Hawthorne American Painter, 1872-1930

“Water in swimming pools changes its look more than in any other form… its colour can be man-made and its dancing rhythms reflect not only the sky but, because of its transparency, the depth of the water as well. If the water surface is almost still and there is a strong sun, then dancing lines with the colours of the spectrum appear everywhere.” -- David Hockney British Pop Artist, b. 1937

Do you have any favorite artist quotes about color?

“Each day has its own individuality of color.” by American Painter, Charles Webster Hawthorne is among my favorites. Tell me about yours in the comments section below.