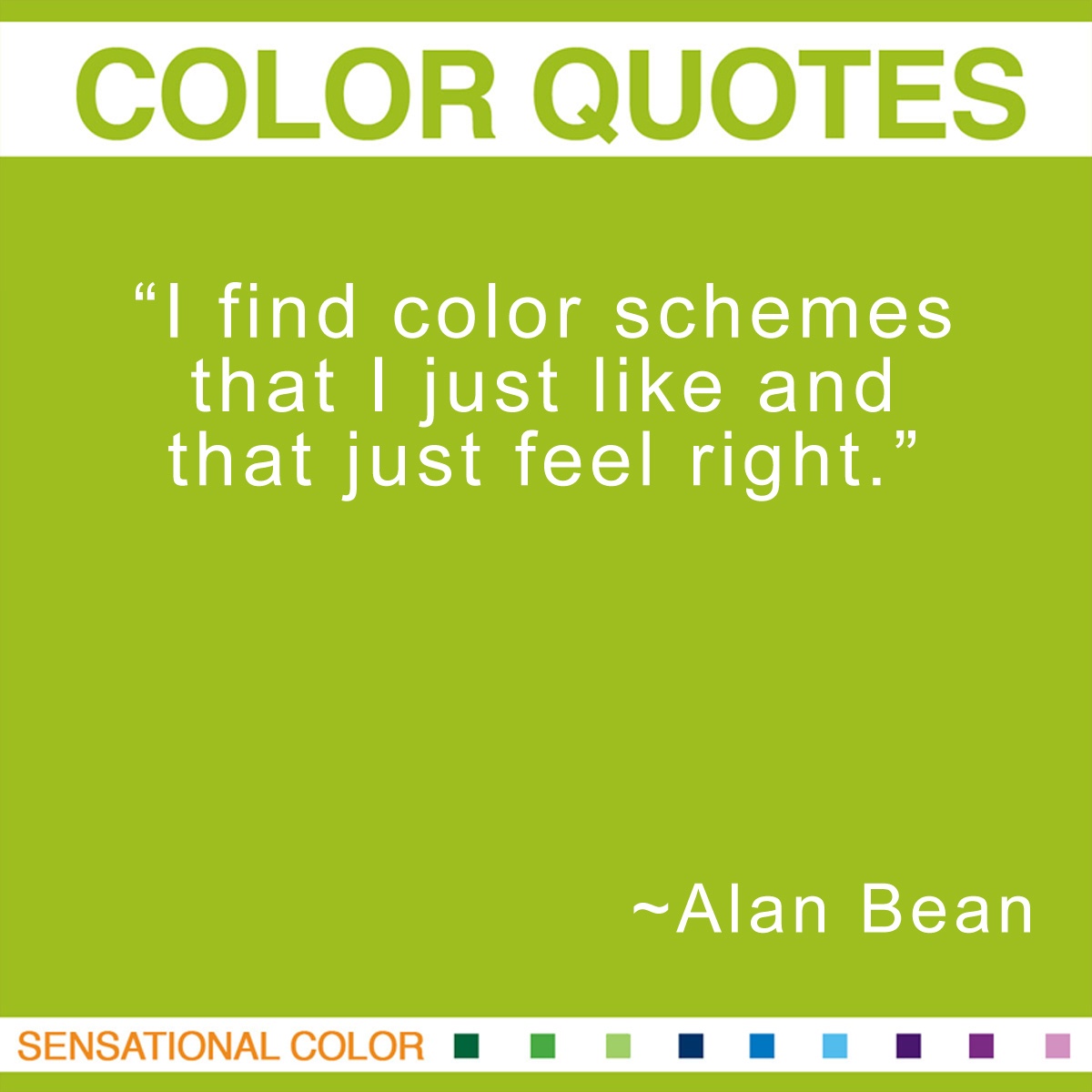 ​“I find color schemes that I just like and that just feel right.” -- Alan Bean, American Painter, former NASA Astronaut, b. 1932 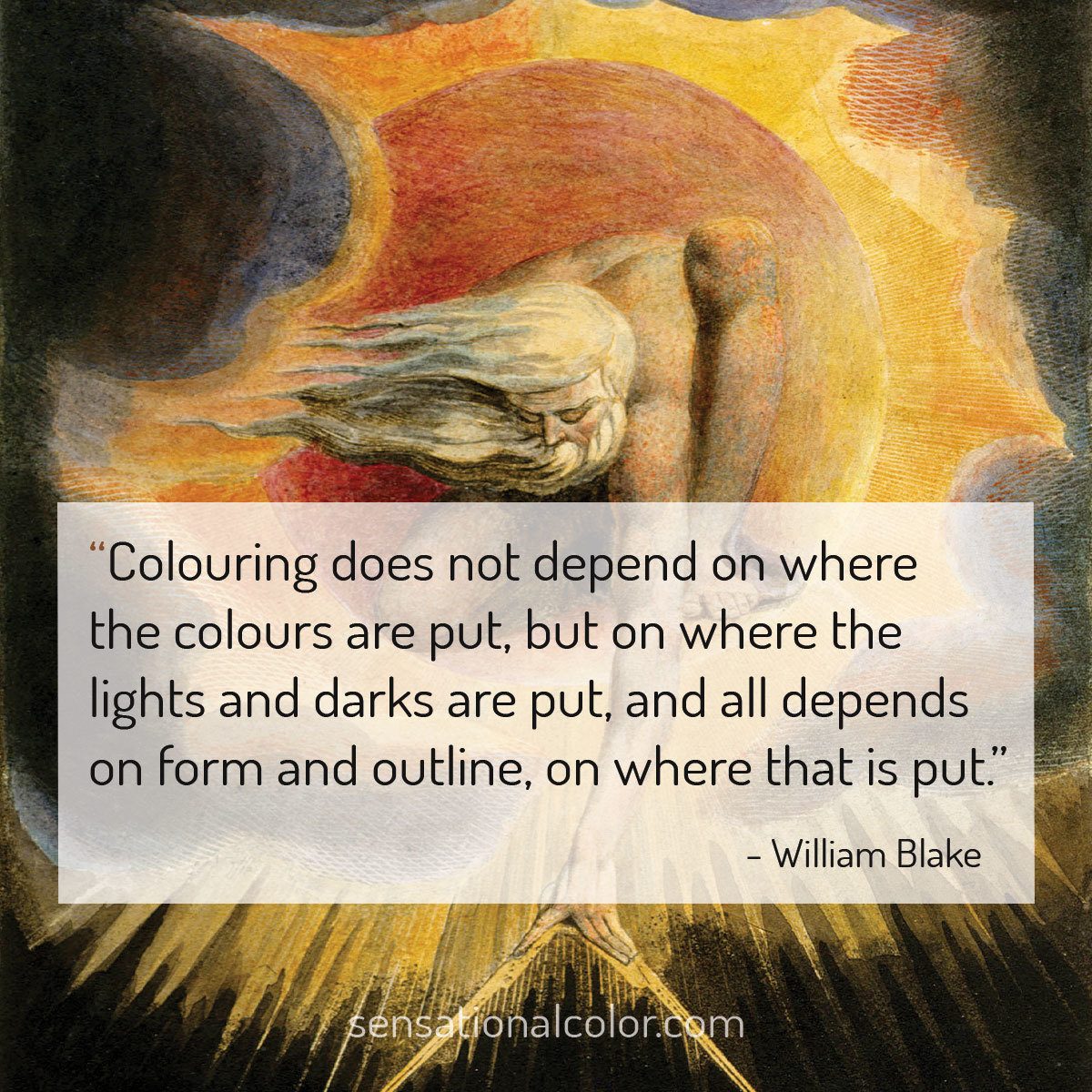 ​“Colouring does not depend on where the colours are put, but on where the lights and darks are put, and all depends on form and outline, on where that is put.” -- William Blake, British Romantic Writer and Painter and Illustrator, 1757-1827 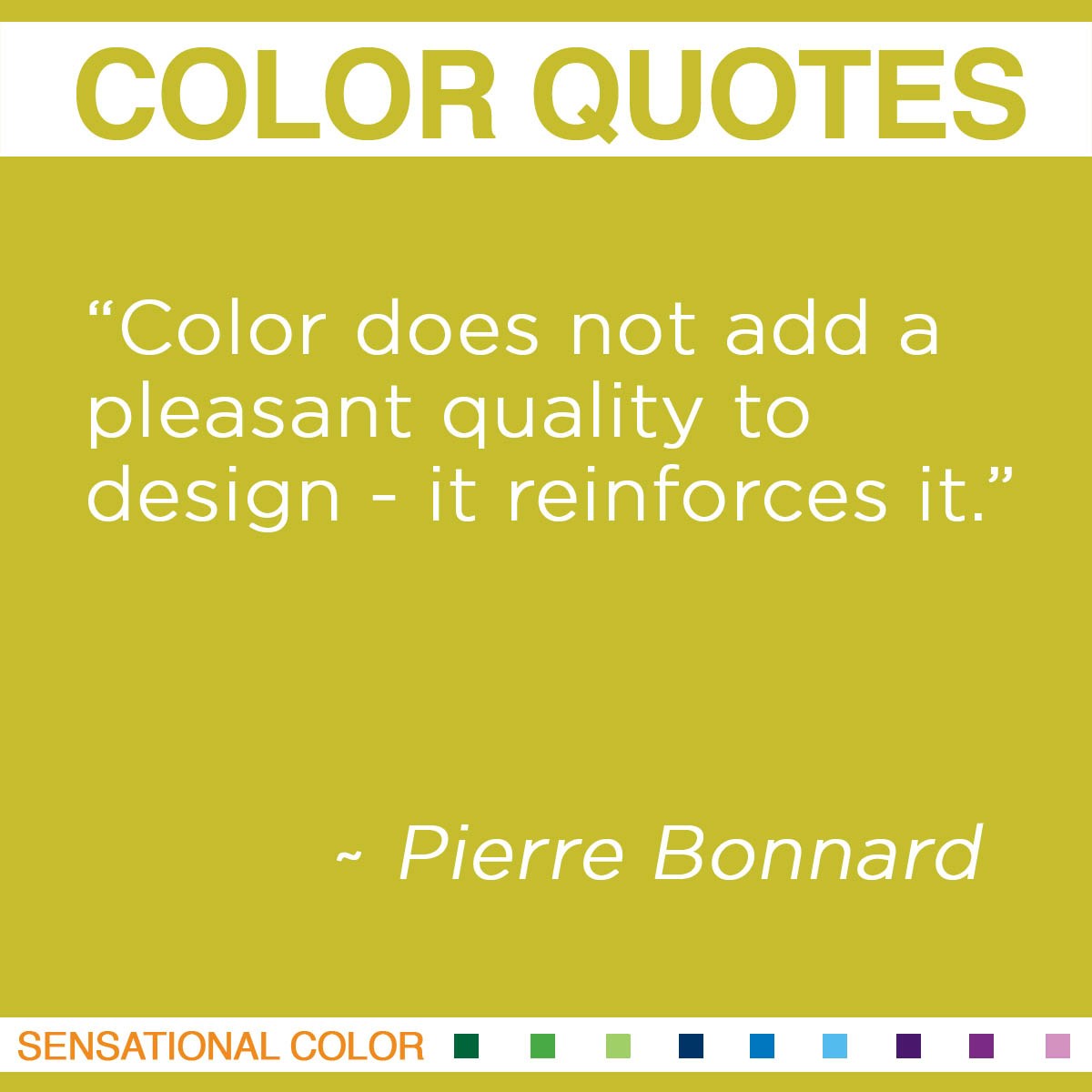 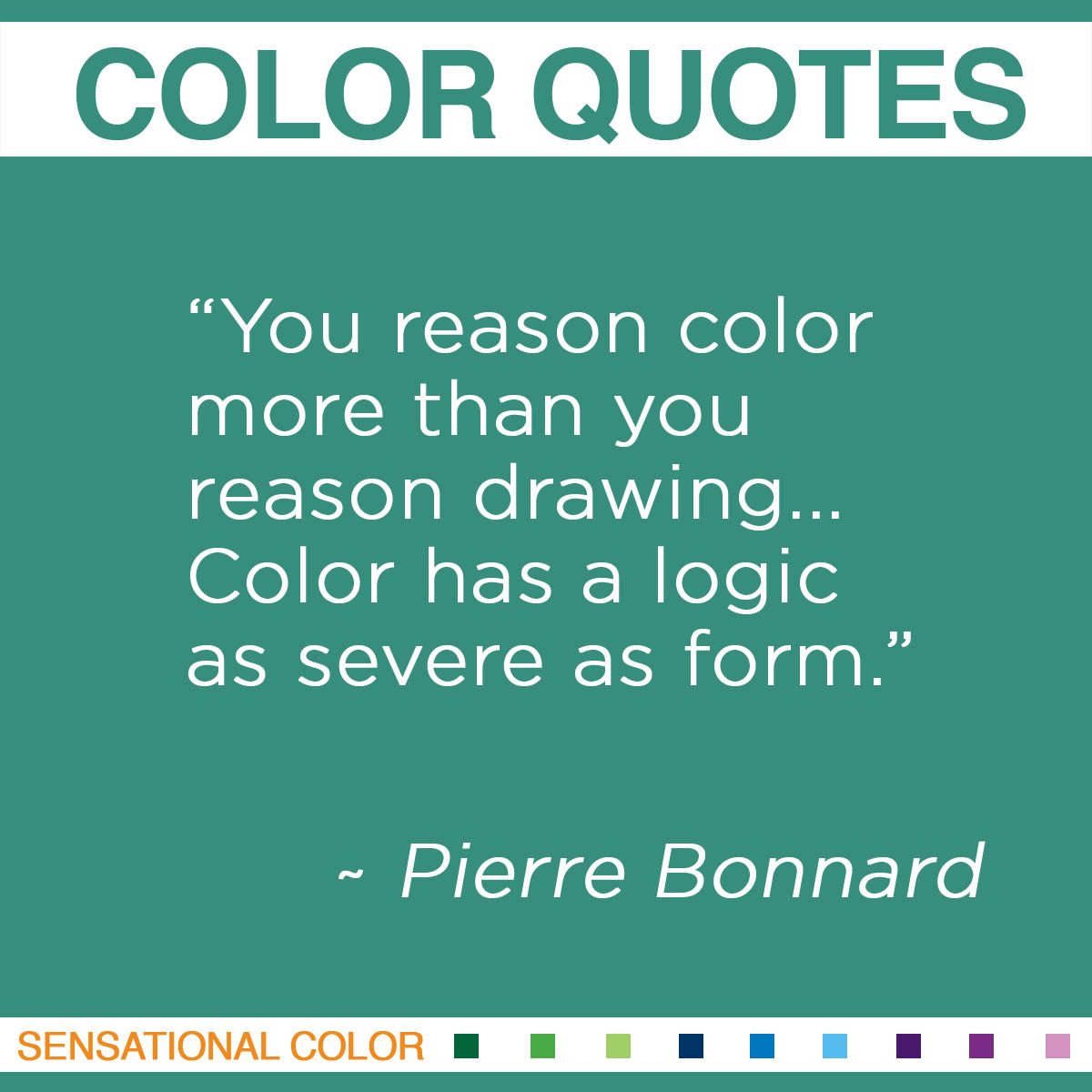 ​“You reason color more than you reason drawing… Color has a logic as severe as form.” -- Pierre Bonnard, French Nabi Painter, 1867-1947 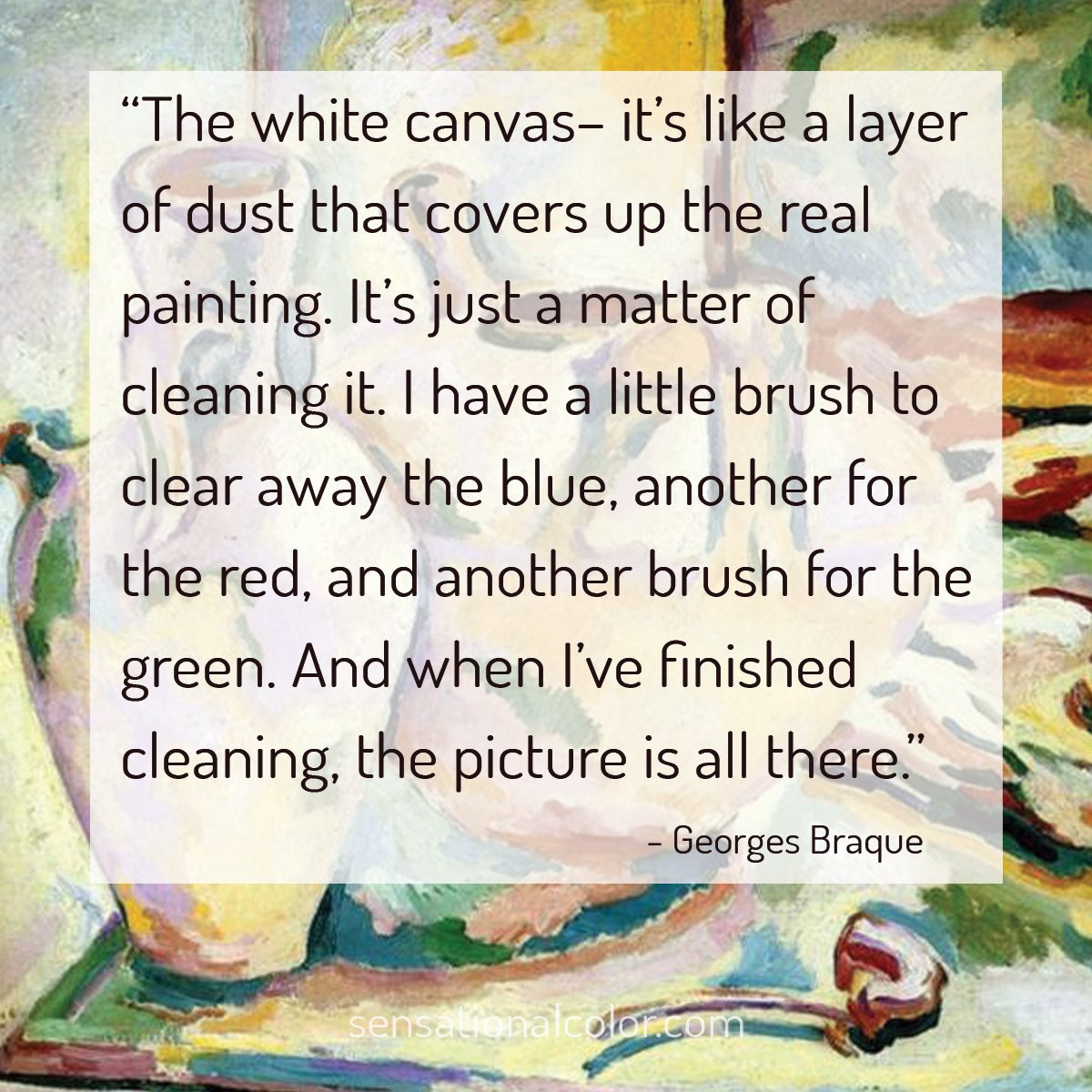 “The white canvas– it’s like a layer of dust that covers up the real painting. It’s just a matter of cleaning it. I have a little brush to clear away the blue, another for the red, and another brush for the green. And when I’ve finished cleaning, the picture is all there.” -- Georges Braque, French Cubist/Fauvist Painter, 1882-1963 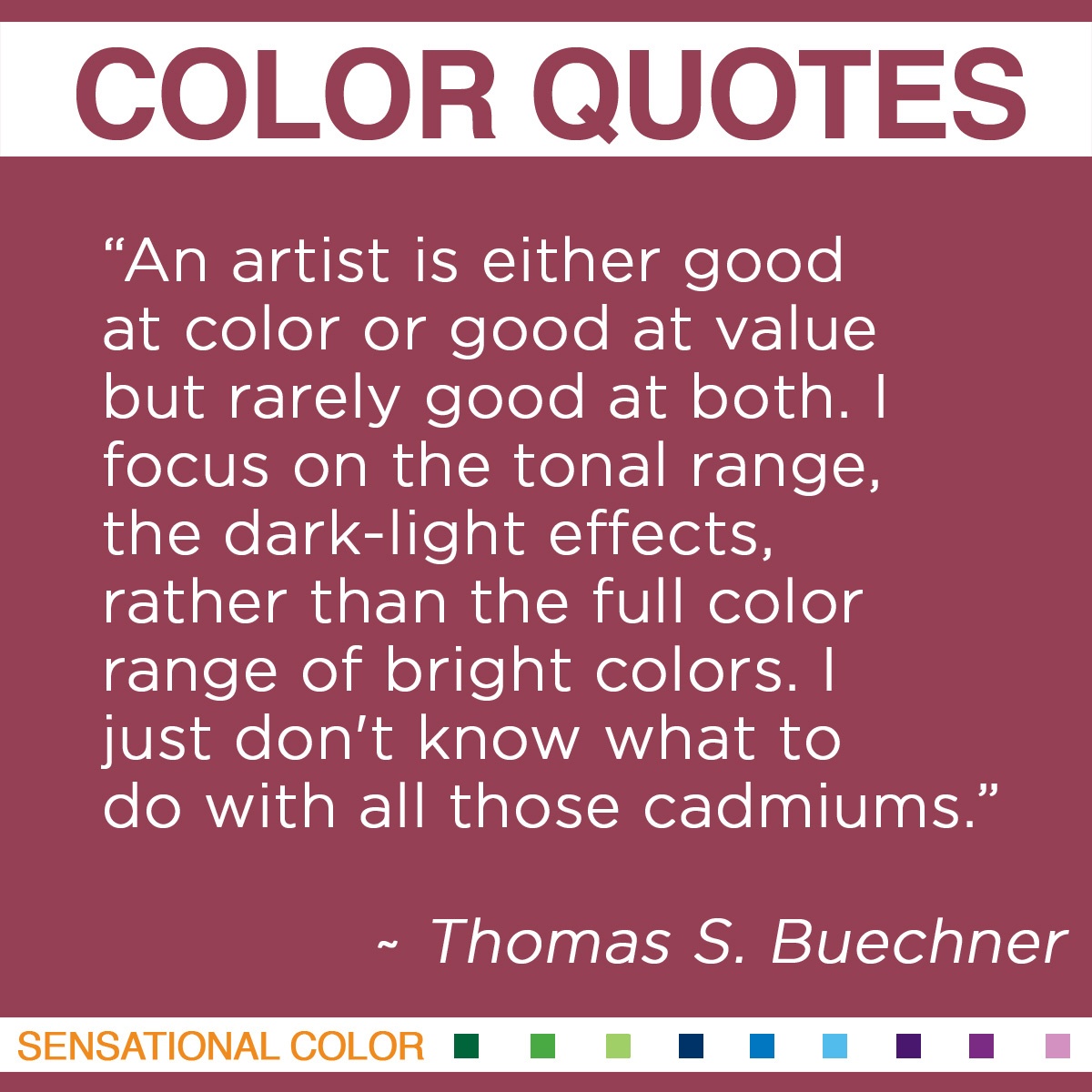 “An artist is either good at color or good at value but rarely good at both. I focus on the tonal range, the dark-light effects, rather than the full color range of bright colors. I just don’t know what to do with all those cadmiums.” -- Thomas S. Buechner American Painter, b. 1926 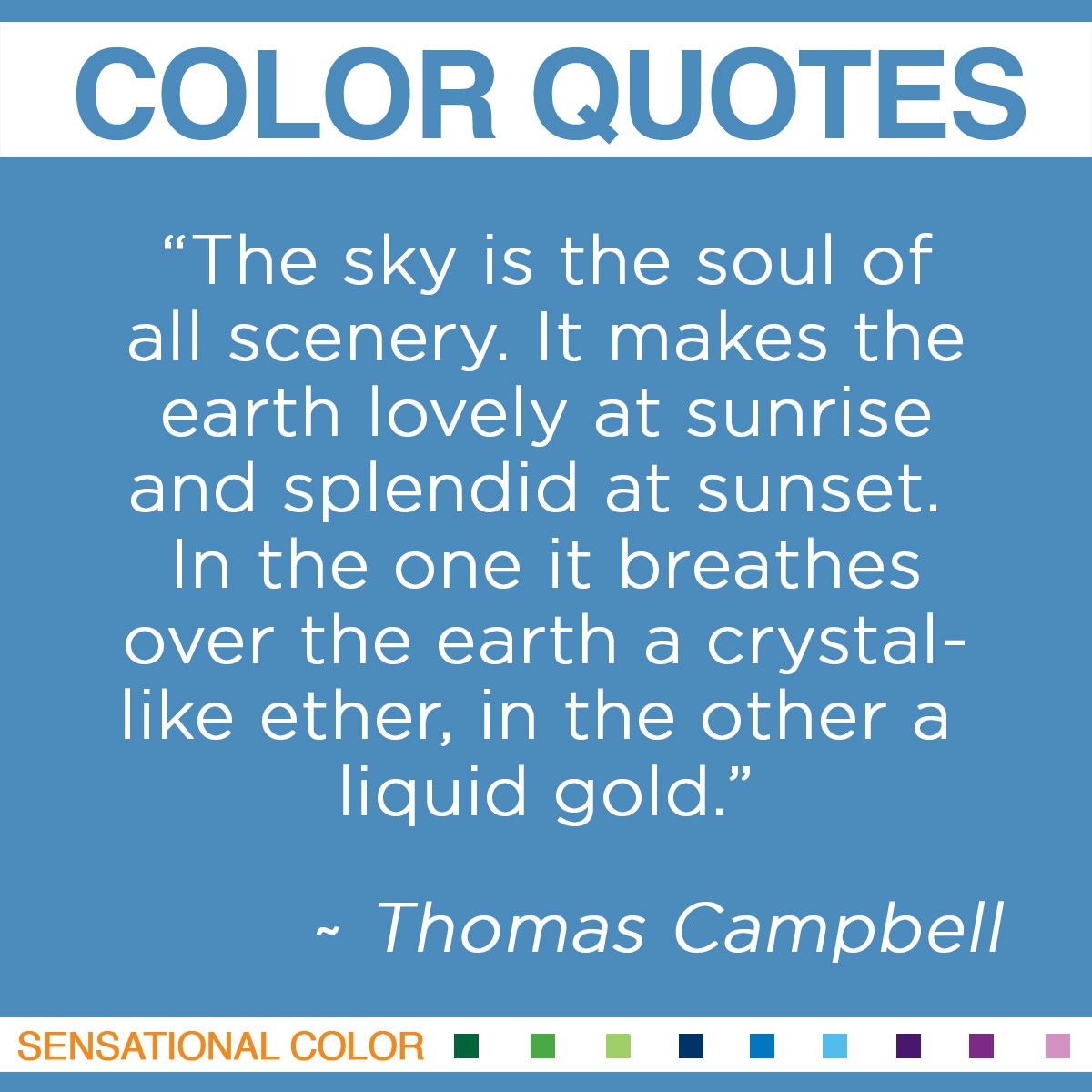 ​“The sky is the soul of all scenery. It makes the earth lovely at sunrise and splendid at sunset. In the one it breathes over the earth a crystal-like ether, in the other a liquid gold." -- Thomas Campbell, English-born American Hudson River School Painter, 1801-1848 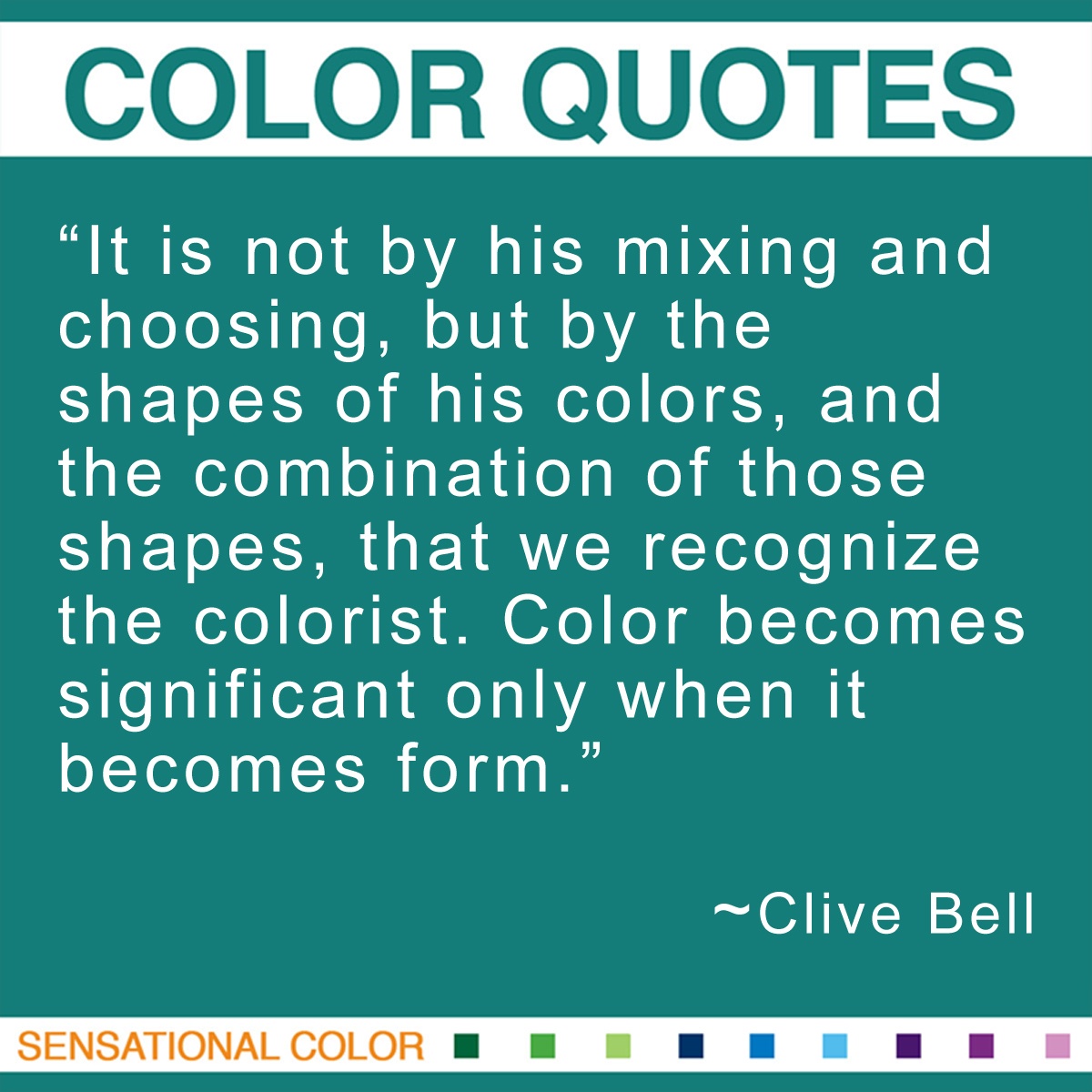 ​“It is not by his mixing and choosing, but by the shapes of his colors, and the combination of those shapes, that we recognize the colorist. Color becomes significant only when it becomes form.” ~ Clive Bell, English Critic, 1881-1964 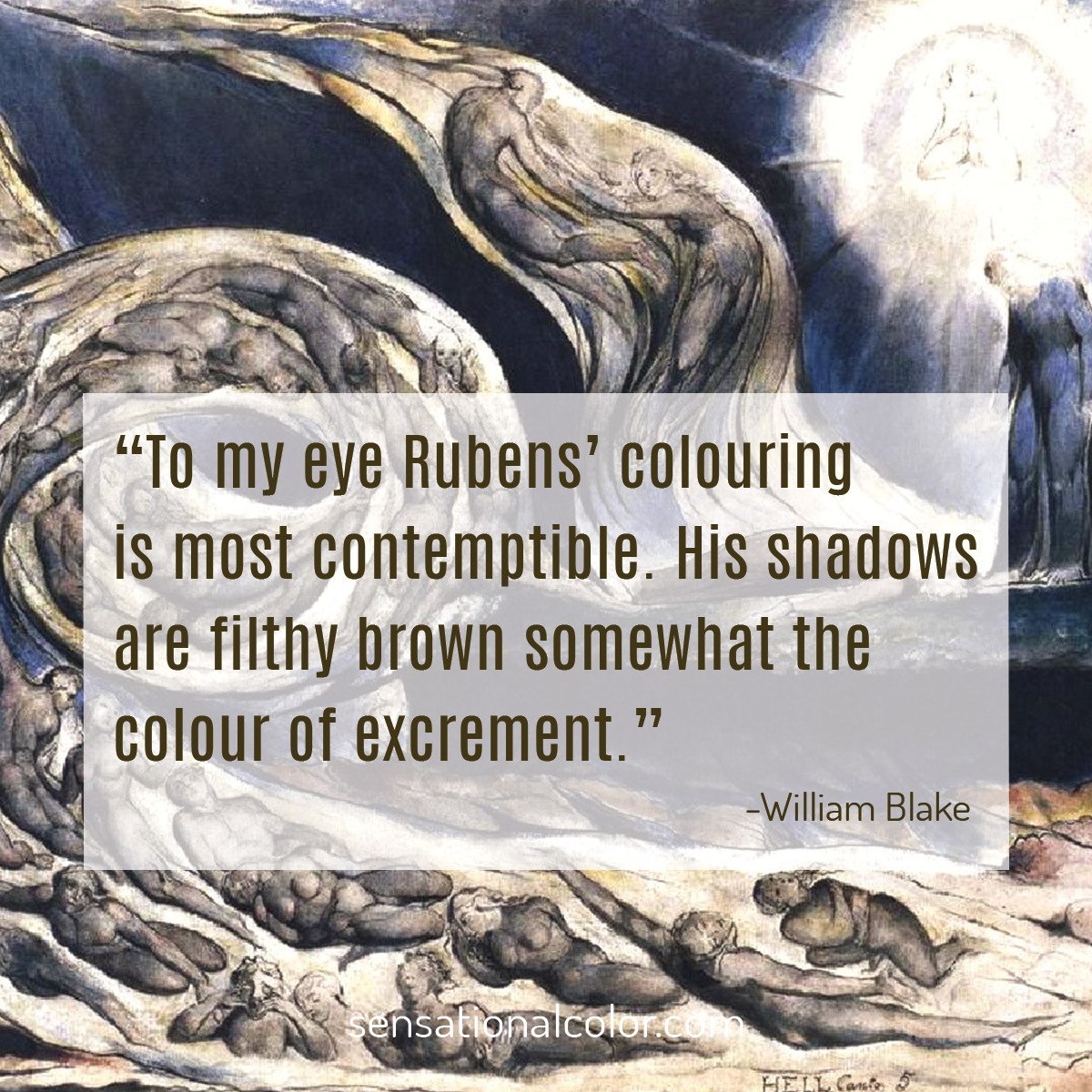 ​“To my eye Rubens’ colouring is most contemptible. His shadows are a filthy brown somewhat the colour of excrement.” -- William Blake, British Romantic Writer and Painter and Illustrator, 1757-1827 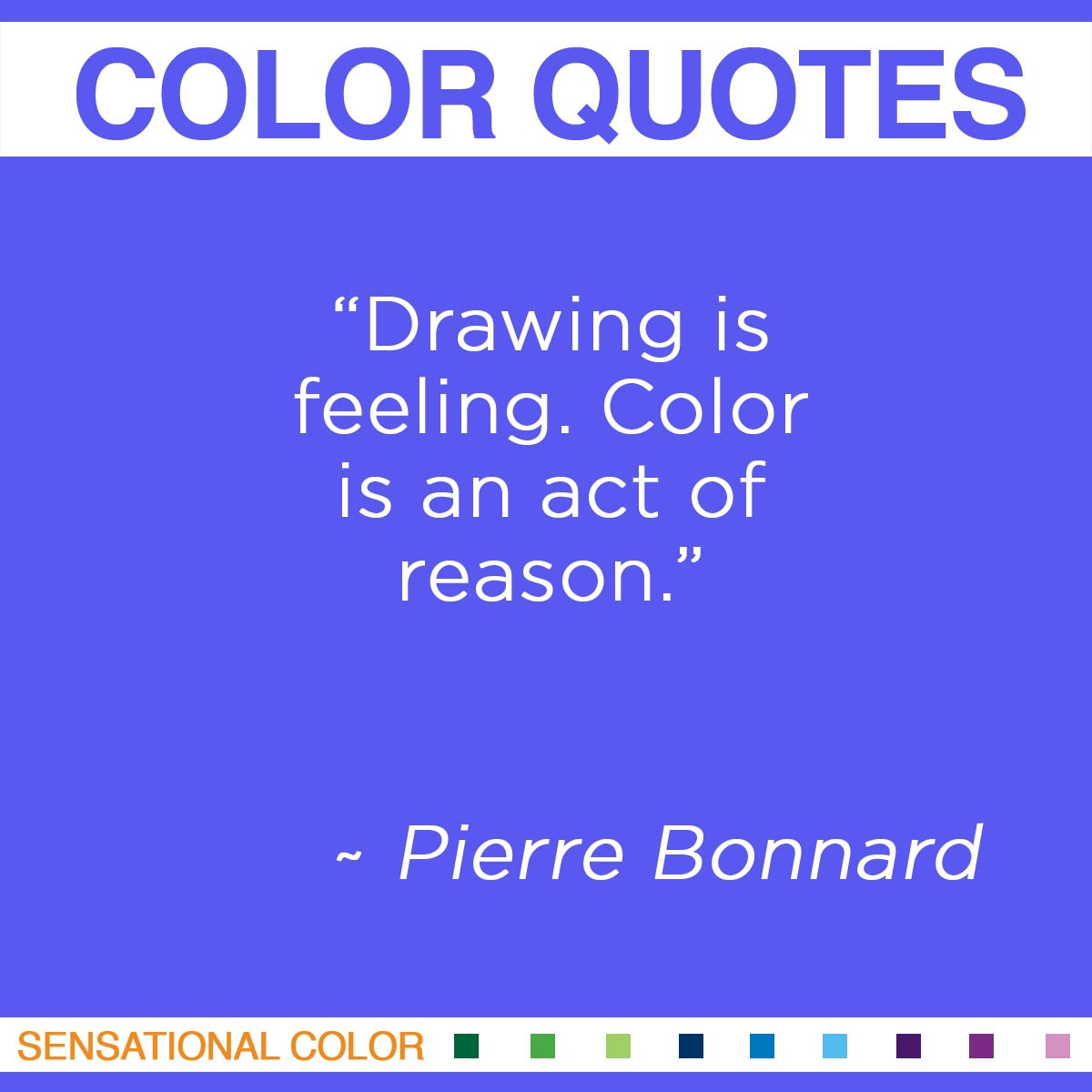 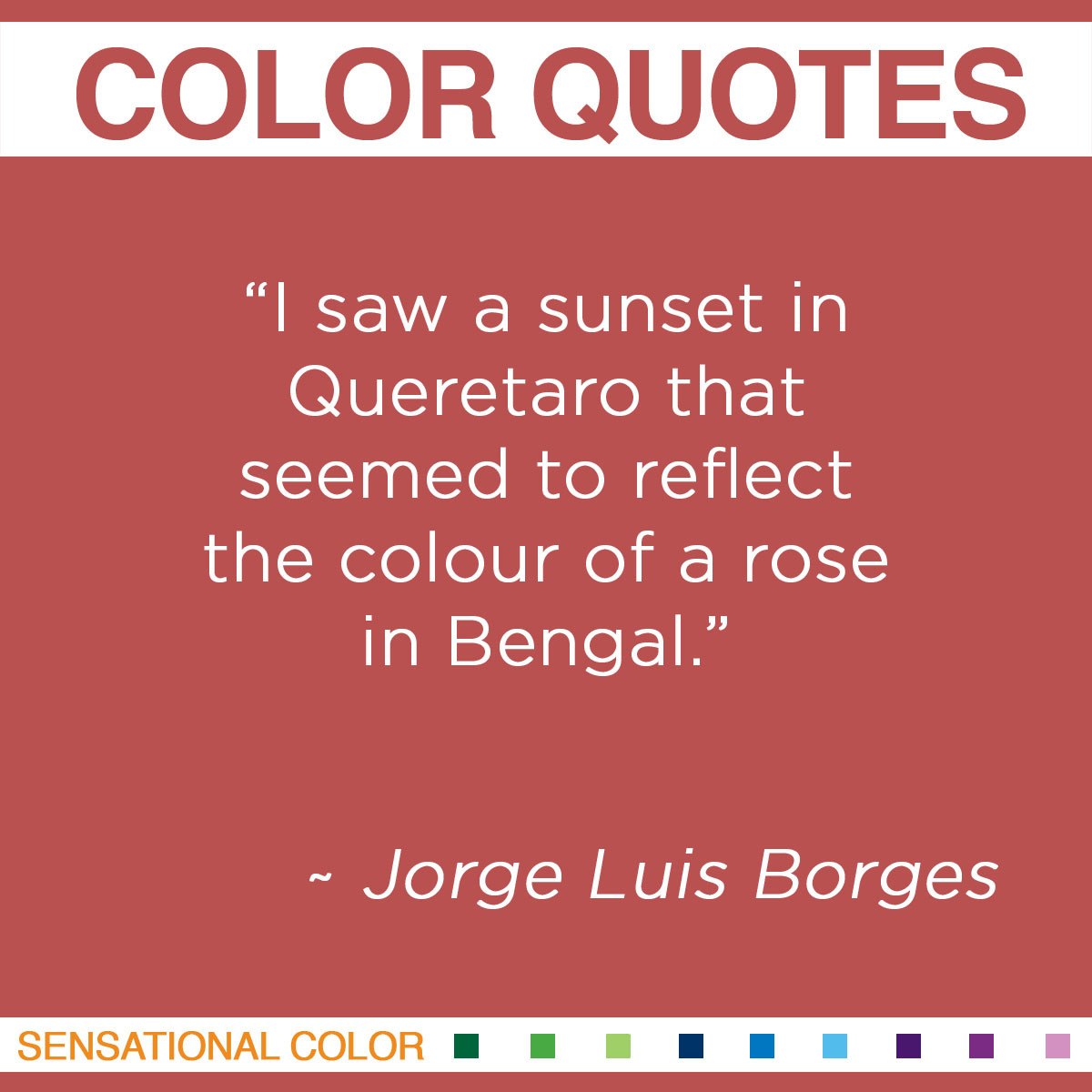 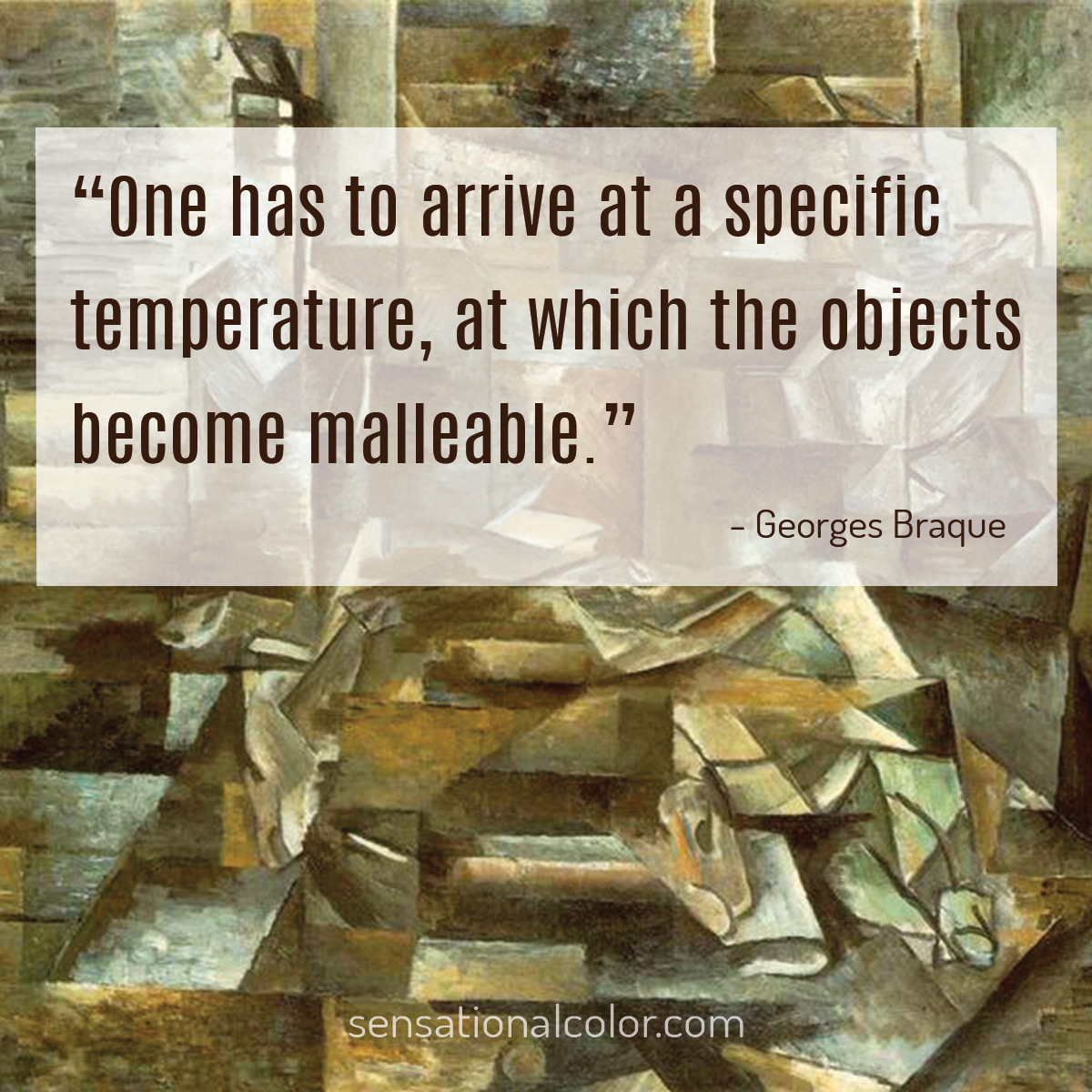 ​“One has to arrive at a specific temperature, at which the objects become malleable.” -- Georges Braque, French Cubist/Fauvist Painter, 1882-1963 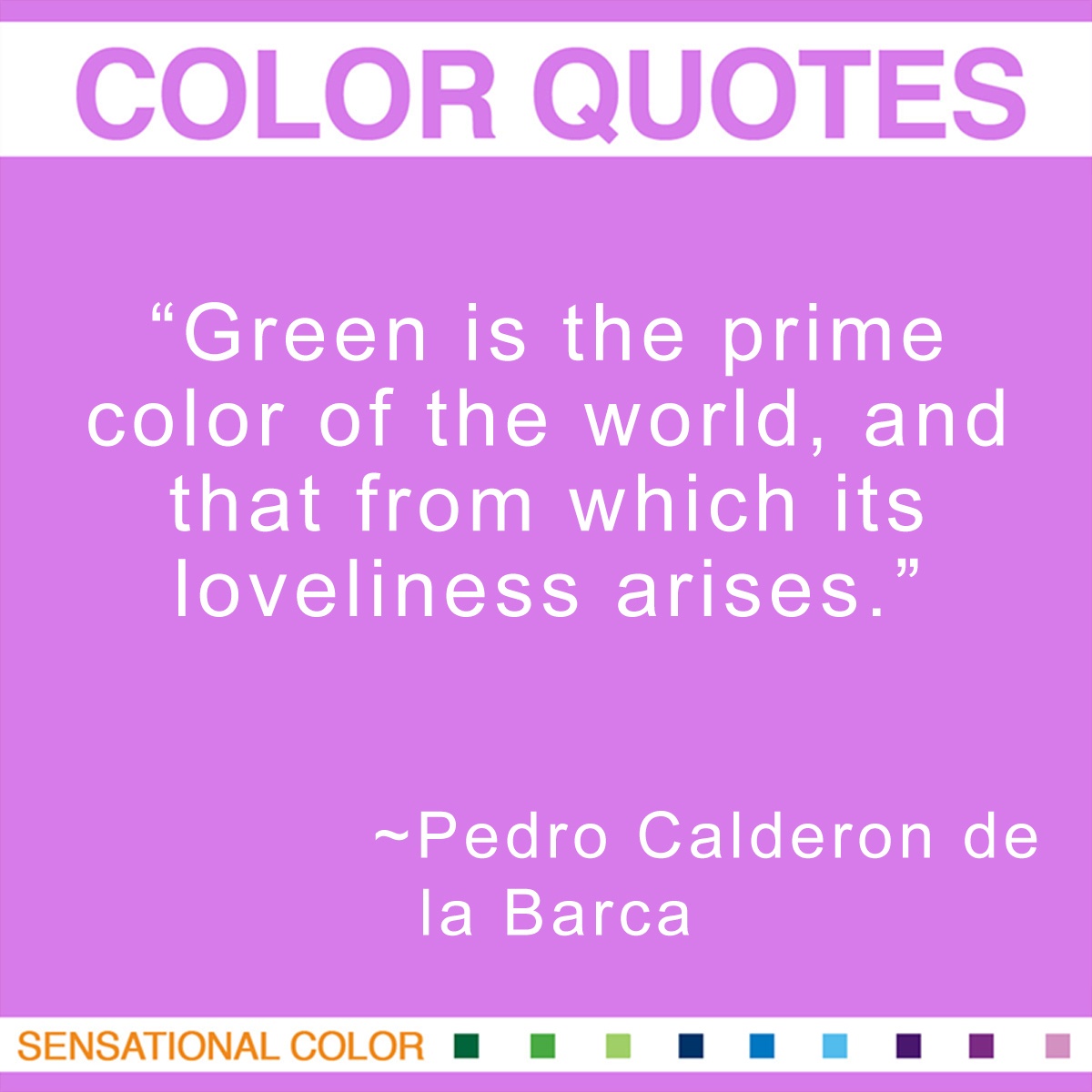 “Green is the prime color of the world, and that from which its loveliness arises.” ~ Pedro Calderon de la Barca Spanish Poet and Playwright, 1600-1681 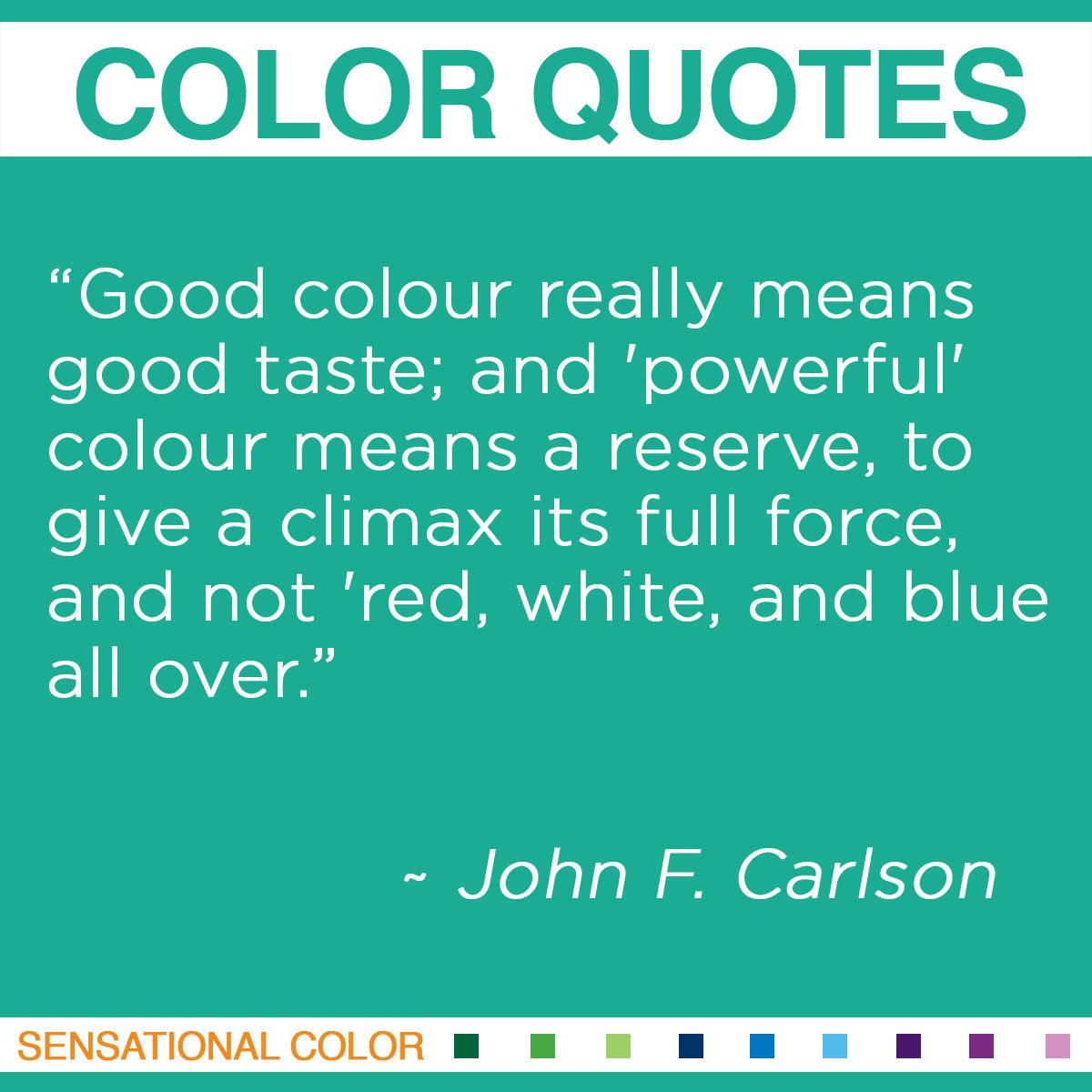 “Good colour really means good taste; and ‘powerful’ colour means a reserve, to give a climax its full force, and not ‘red, white, and blue all over.” -- John F. Carlson, Swedish-born American Painter, 1875-1945 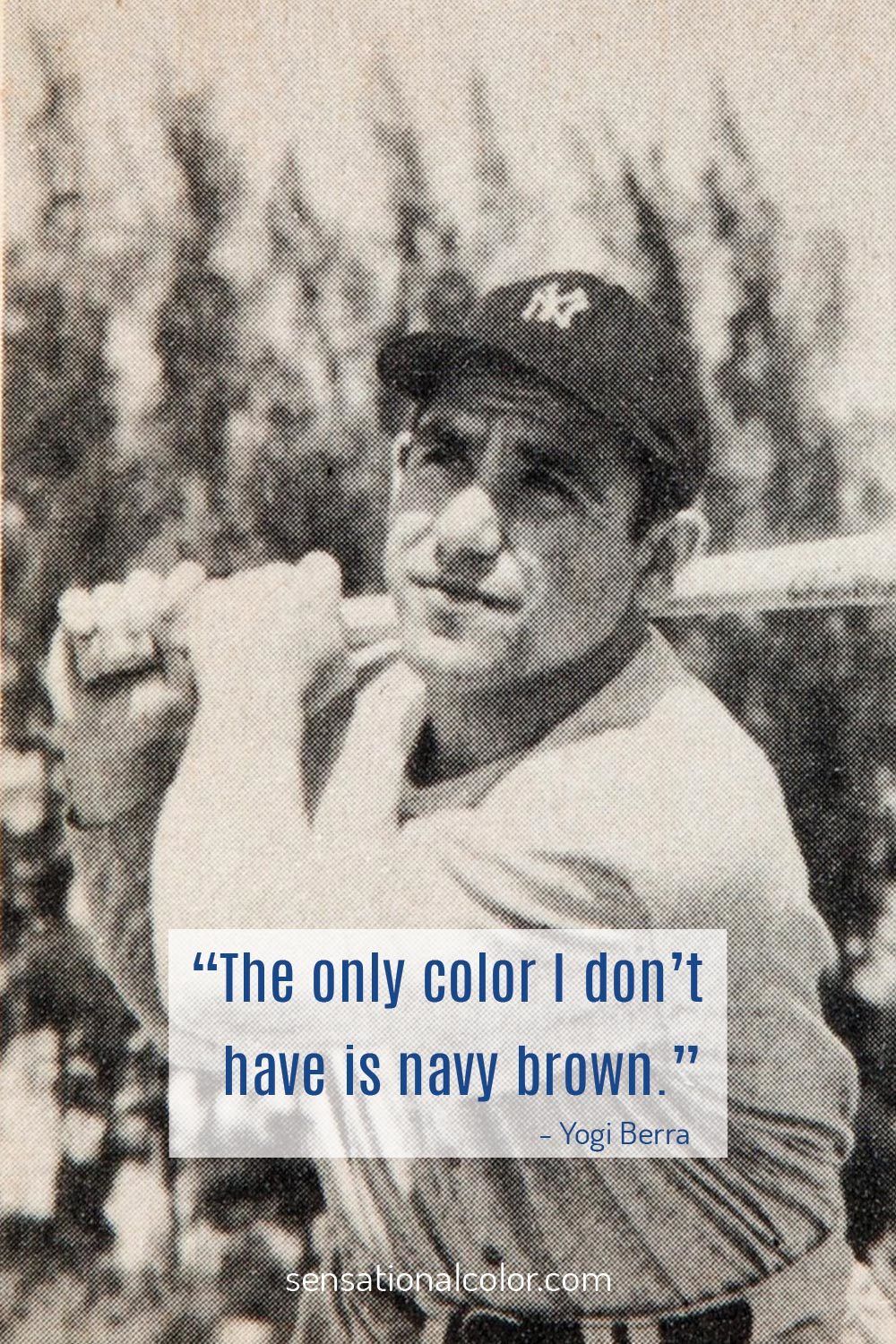 ​“The only color I don’t have is navy brown.” -- Yogi Berra American Major League Baseball Catcher, Manager, and Hall of Fame Honoree, 1925-2015 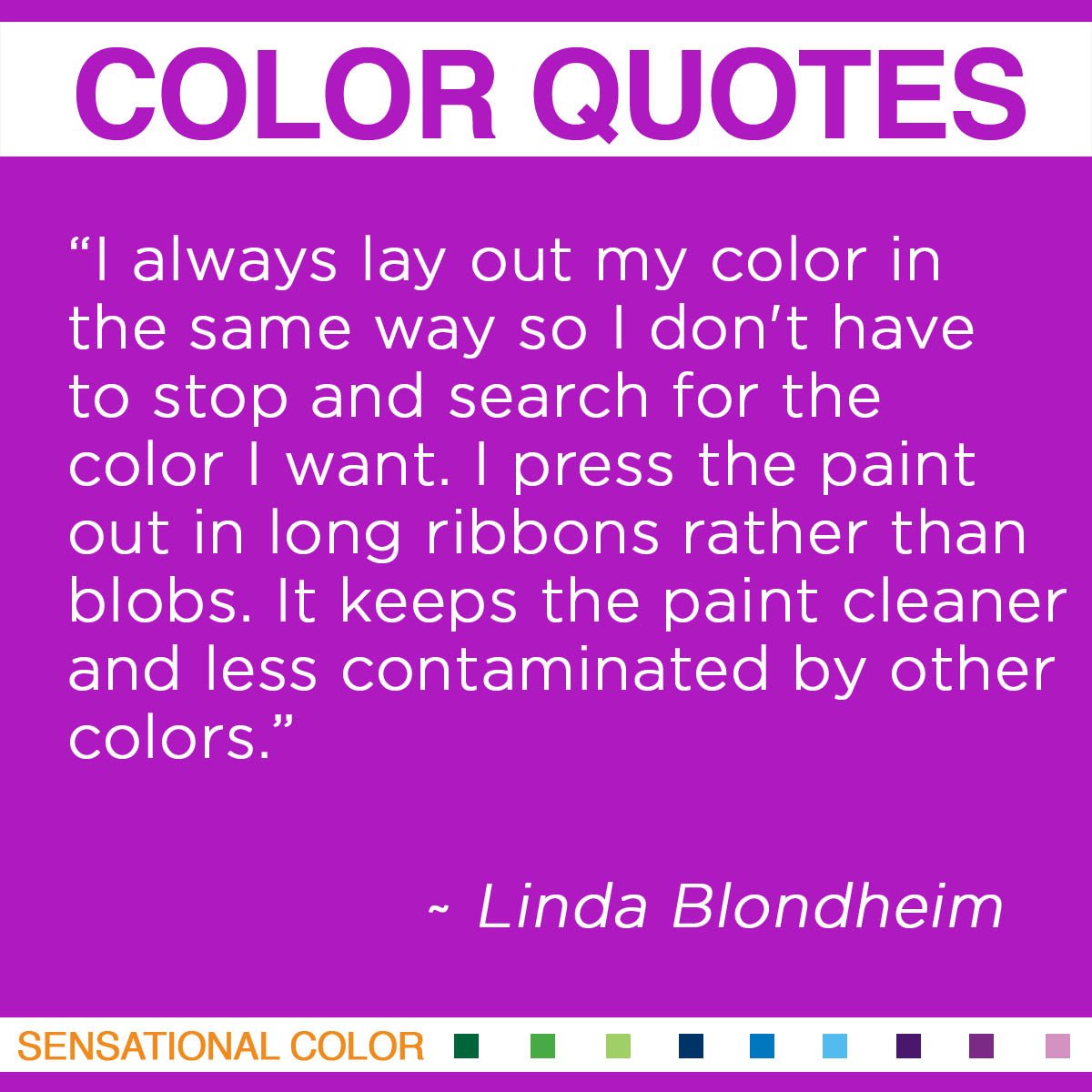 ​“I always lay out my color in the same way so I don’t have to stop and search for the color I want. I press the paint out in long ribbons rather than blobs. It keeps the paint cleaner and less contaminated by other colors.” -- Linda Blondheim, Contemporary American Painter 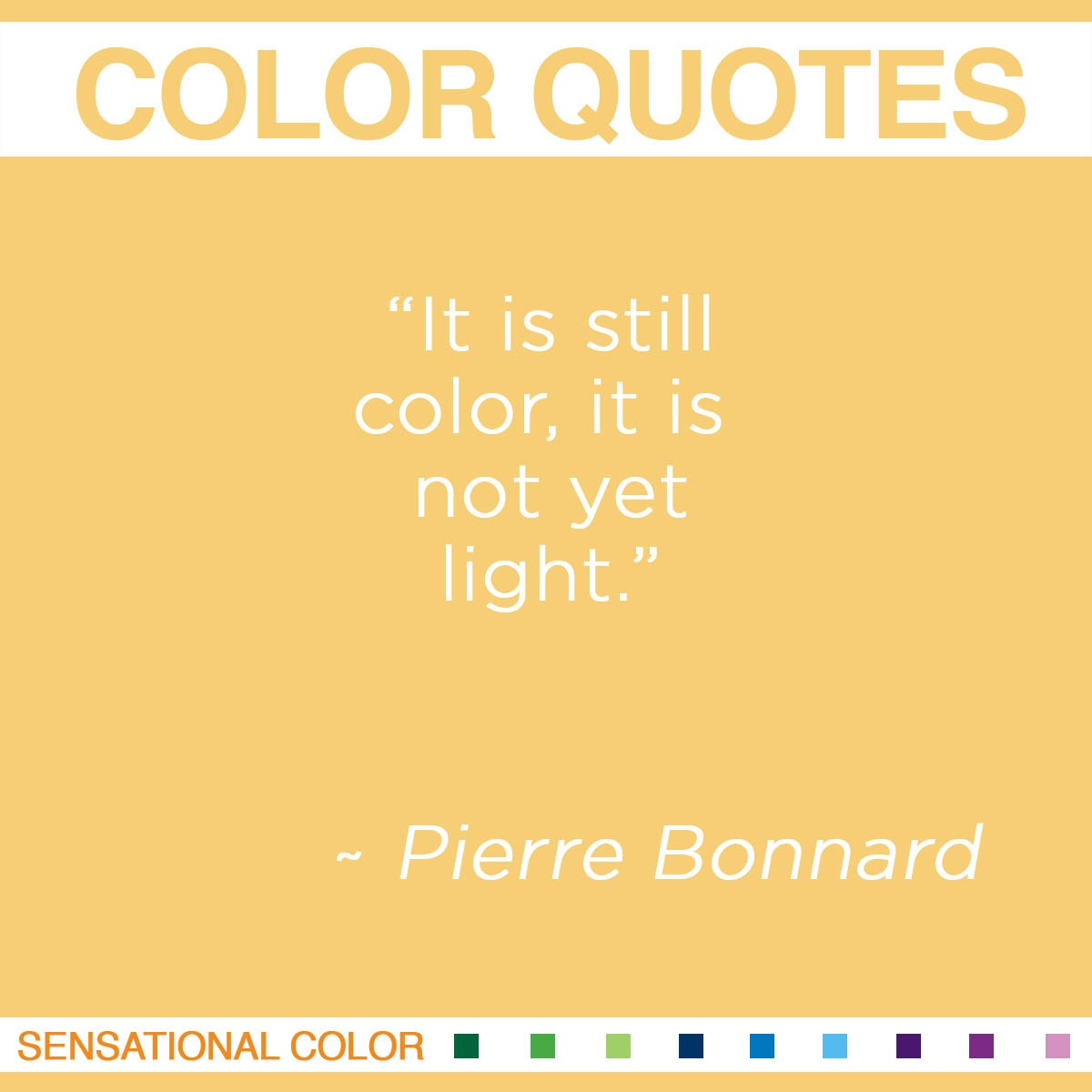 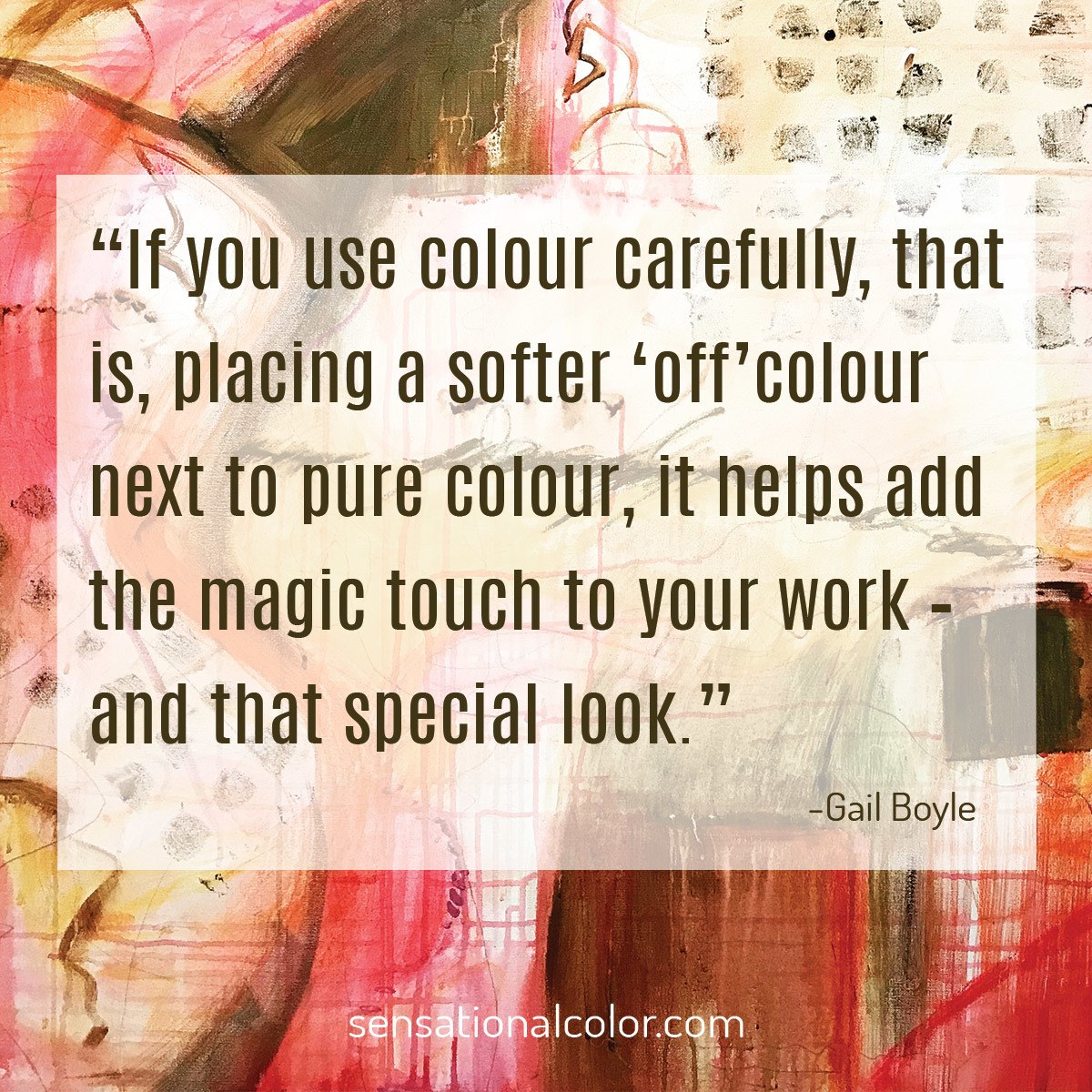 ​“If you use colour carefully, that is, placing a softer ‘off’ colour next to pure colour, it helps add the magic touch to your work – and that special look.” -- Gail Boyle, Senior Curator based at Bristol Museum & Art Gallery 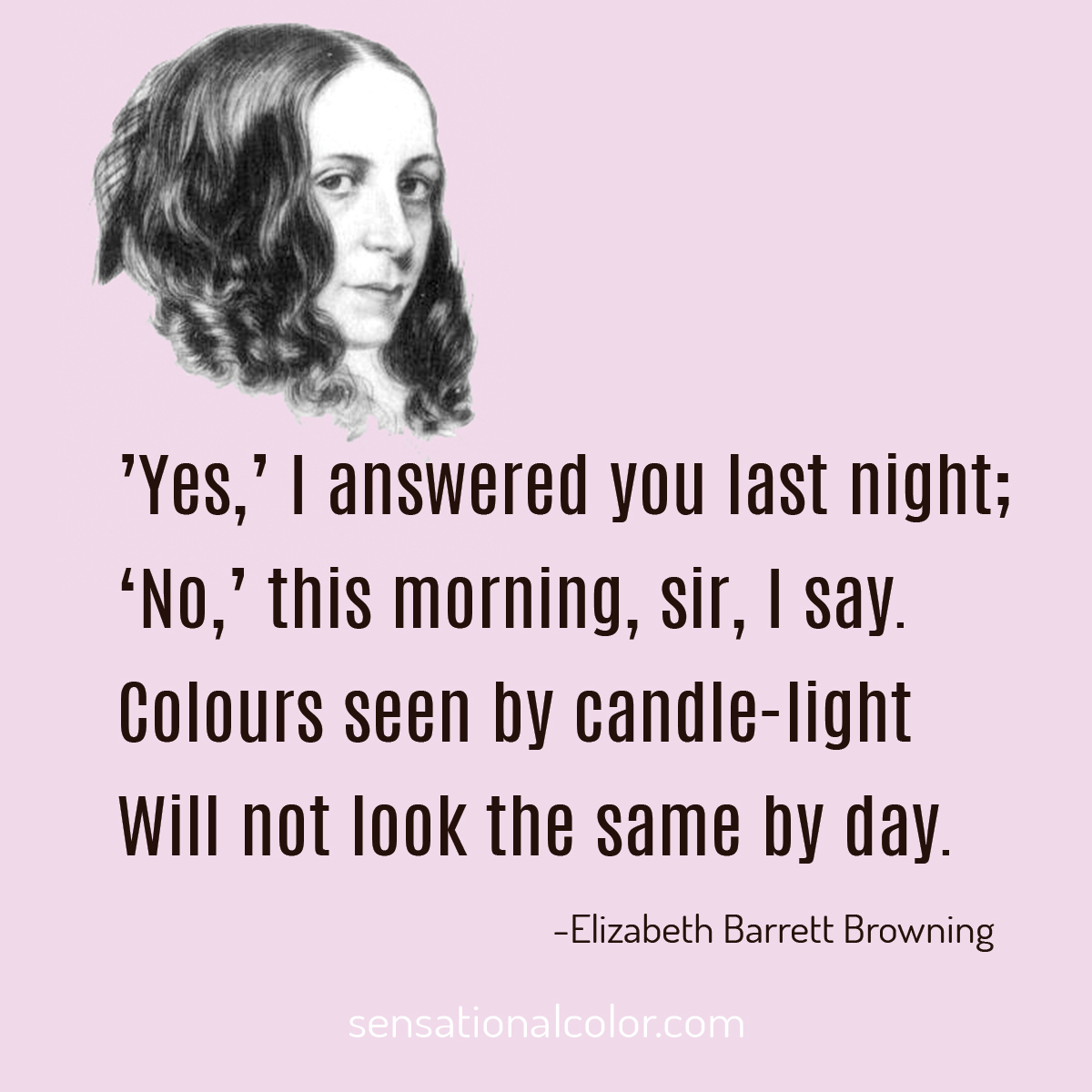 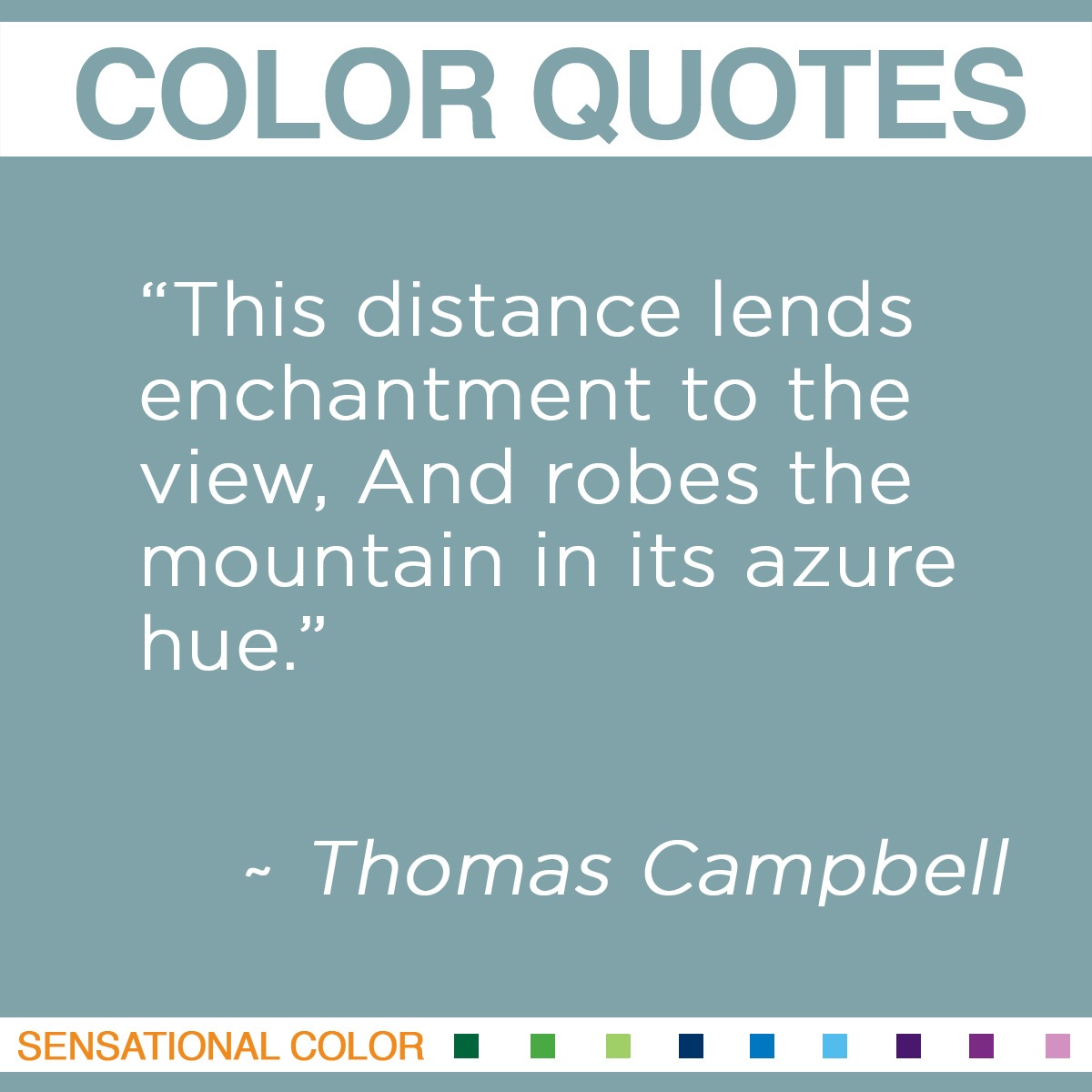 “This distance lends enchantment to the view, And robes the mountain in its azure hue.” ~ Thomas Campbell Scottish Poet, 1777-1844 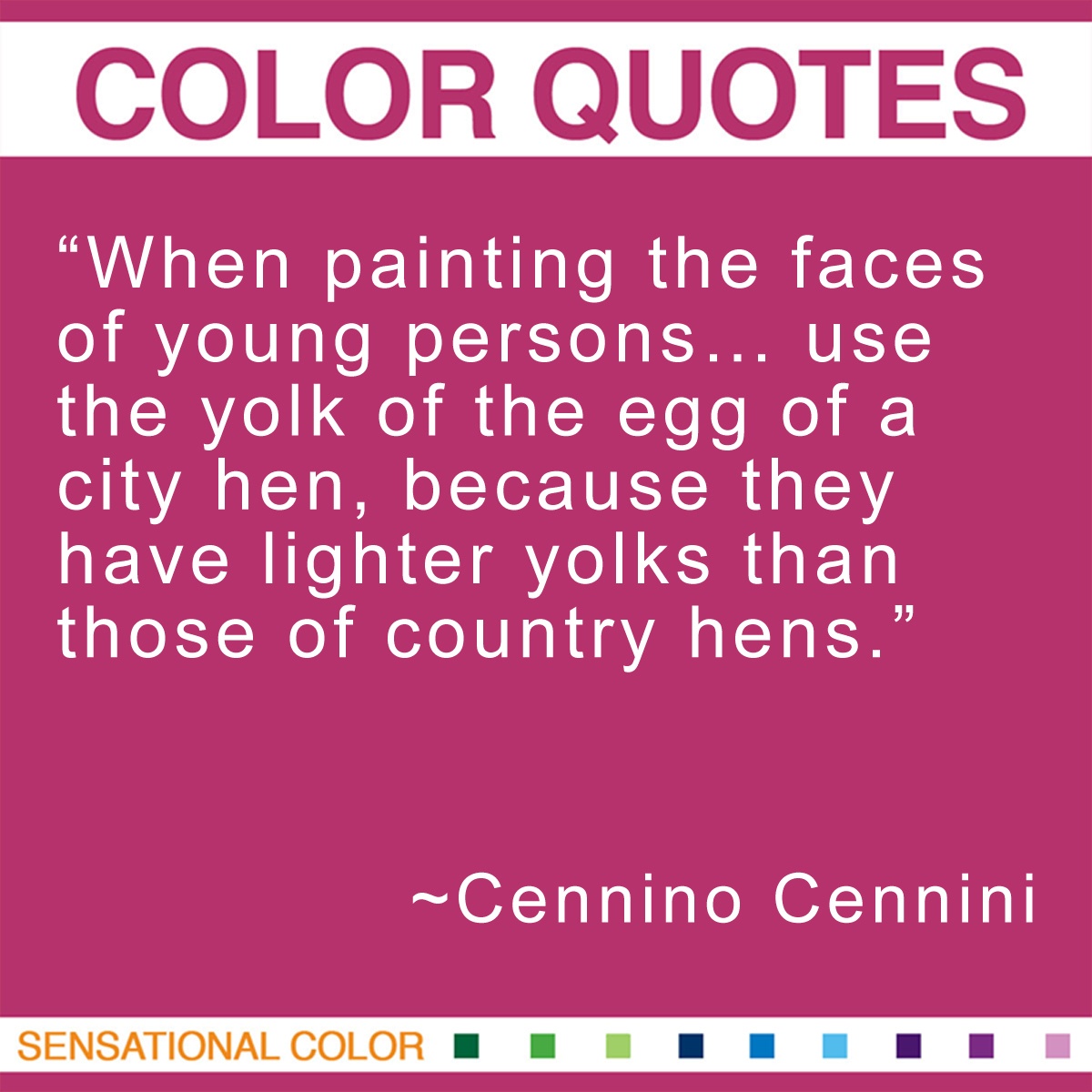 ​“When painting the faces of young persons… use the yolk of the egg of a city hen, because they have lighter yolks than those of country hens.” -- Cennino Cennini Florentine Painter, 1370-1440