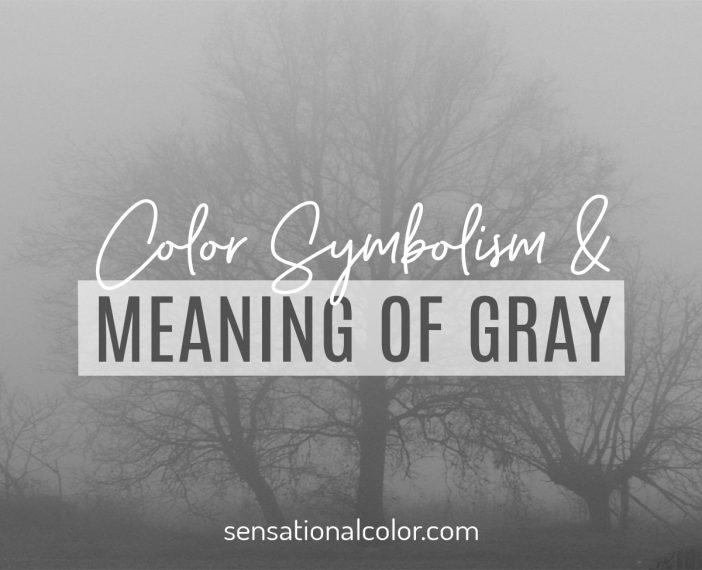 How do we know what gray means? Is gray the drab color that conceals tiny forest birds, scattering at our approach? Is gray the cool, dispassionate neutral of industrial décor? Is gray the sophistication of a deep charcoal suit? Neither stark white nor imposing black, gray is the ultimate negotiator.

Morally ambiguous and impartial, gray is the color of complexity–everything that falls in between absolutes. Gray can be easily overlooked, but it’s quite a fascinating color if you look a little deeper.

They physical effects of gray are less pronounced than other colors, but it tends to have a dampening effect–both on other colors and on our moods. It’s calm and dispassionate, but too much gray, particularly if it’s a dark gray–can be depressing. Gray is the perfect neutral, as it can moderate brighter hues and pull a color scheme together.

Gray is the perfect neutral, as it can moderate brighter hues and pull a color scheme together.

Symbolism And Meaning Of Gray

Gray is the color of intellect and of compromise. It’s a diplomatic color, negotiating all the distance between black and white. We typically consider gray to be conservative, elegant, and cool, though it can be a bit mysterious. 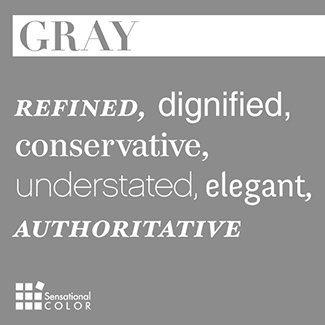 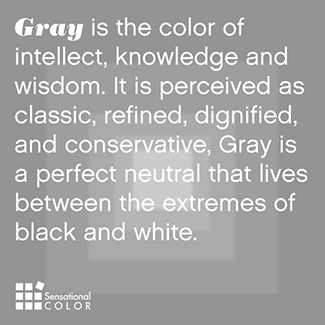 We think of gray as solemn and serious, the color of business suits and sophistication. It’s not a color of extremes, but rather of middle ground, of reasonable agreement. We also associate gray with wisdom–the sort that’s acquired with age and goes hand-in-hand with gray hair.

Gray can be perceived as emotionally distant or disconnected, and it’s associated with morally questionable matters as well. It’s neither one thing nor the other–as in "gray area," and we can think of it as being indecisive. And though we associate gray with wisdom, the millions of dollars spent on coloring gray hair each year indicates we don’t actually love gray when it comes to hair.

The typical gestation period for female gray whales is 13.5 months, and when babies are born they’re about 12-14 feet long. Baby gray whales drink up to80 gallons of milk per day. An adult gray whale’s fluke (or tail) can span up to ten feet, and adult gray whales can stay underwater for up to 30 minutes before they have to surface for air.

Gray foxes live in the deserts of the American southwest. They’re the only member of the dog family that’s able to climb trees. The gray fox is an omnivore, typically dining on rabbits, mice, voles, birds, and insects.

The Crayola Crayon called "gray" was introduced in 1934. Other shades of gray are: Gray blue, Dolphin gray, Timberwolf, Manatee, and Cadet blue. In1990, Crayola retired the first of its colors, and Blue Gray was discontinued, along with 7 other colors.

Examples of how the meaning of gray colors our language:

The color of truth is gray.

Andre Gide, French author and winner of the Nobel Prize in Literature, 1869-1951

The color of truth is gray. - Andre Gide  #color #quotes

Remember the enemy of all painting is gray: a painting will almost always appear grayer then it is, on account of its oblique position under the light.

Eugene Delacroix, one of the leading artists of the French Romantic period, 1798-1863

Gray is the color... the most important of all... absent of opinion, nothing, neither/nor. - Gerhard Richter  #color #quotes

Gray is the color... the most important of all... absent of opinion, nothing, neither/nor.

The fundamental grey which differentiates the masters, expresses them and is the soul of all color.

If you take an intense color and put an intense complement next to it without graying it, it’s very hot. The gray allows the eye to do the visual mixing.

If I see everything in gray, and in gray all the colors which I experience and which I would like to reproduce, then why should I use any other color? I’ve tried doing so, for it was never my intention to paint only with gray. But in the course of my work I have eliminated one color after another, and what has remained is gray, gray, gray!

If months were marked by colors, November in New England would be colored gray.

Concrete is, essentially, the color of bad weather.

Gray is great. People think gray is a neutral, but I think it's such a moody, intense, dramatic and sexy color. It's very sleek.

Gray As A Signature Color

Songs With Gray or Silver in the Title

The Color Gray In The Garden

Talk With Us About the Color Gray

We'd enjoy knowing what you love about the color gray or what you most enjoyed about this article. We love hearing from you and read every comment.

Is there something that you know about gray that should be included here? Great! We’d love to hear from you. Share what you know about the color gray by leaving a comment below. We may just add it to the information shared on this page.