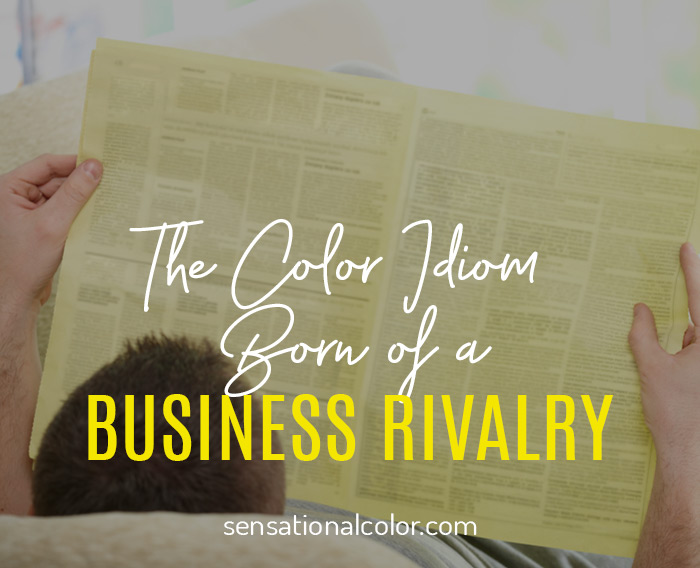 The term “yellow journalism” has an original and unique origin. This phrase has lately been replaced by terms such as “tabloid reporting” and “infotainment” since broadcast, cable, and internet news sources have become more viewed than newspapers. Still, yellow journalism is considered a very derogatory term.

Yellow journalism stems from the late 1800s through the early 1900s when two newspaper owners tried to outdo each other with their front page spreads, all in pursuit of the highest circulation total. In those days, all news came from the newspaper, since there was no other way of getting such information. If a journalist decided to stretch the truth a bit, there was no one to dispute his facts. In this fertile soil sprouted yellow journalism.

Joseph Pulitzer, the award namesake, owned a newspaper called New York World and was the first to use sensational journalism tactics to stretch the truth and wow his readers. For example, during a heat wave in Manhattan that killed many, he used headlines such as “How Babies are Baked” to get more readers.

William Randolph Hearst owned the San Francisco Examiner and didn’t like to be second-best. Pulitzer’s paper had the highest circulation of any newspaper in the country. After making his west coast paper a success, Hearst purchased the New York Journal and paid enormous salaries to his journalists in an attempt to steal Pulitzer’s top writers.

The two newspapers battled back and forth, but somehow, Pulitzer remained on top, much to the dismay of Hearst. The fighting peaked in the prelude to the Spanish-American War, when the papers printed huge, outrageous headlines designed to stir up support for war. That the headlines may not have been accurate didn’t seem to bother either publisher.

Other newspaper publishers and editors hated such tactics in the name of increasing readership and one, Edwin Lawrence Godkin, called the World and Journal “yellow-journals.” Yellow has long been used as a reference to cowardice, which is perhaps why Godkin chose that reference. Yellow journalism might infer that the publishers were cowards for choosing the easy way to gain new readers by inflaming them with sensationalized news, rather than proper, respectable reporting.

The actual color yellow may also have a part in the phrase, because the warring papers both added yellow to their front pages during those years.

Pulitzer’s paper was the first to run “The Yellow Kid” comic series. This comic used yellow ink to highlight the hero’s nightshirt. Hearst lured away the comic’s creator to pen the same cartoon for his paper, so Pulitzer hired another comic to continue the strip. Both newspapers now had “The Yellow Kid” comic in their papers. So when Godkin accused the two of yellow journalism, it may have at least partially stemmed from the yellow ink in the famous dueling cartoons.

Regardless of the true reason behind Godkin’s coining of the phrase, one thing is certain: no reliable newspaper would ever want to be accused of yellow journalism.