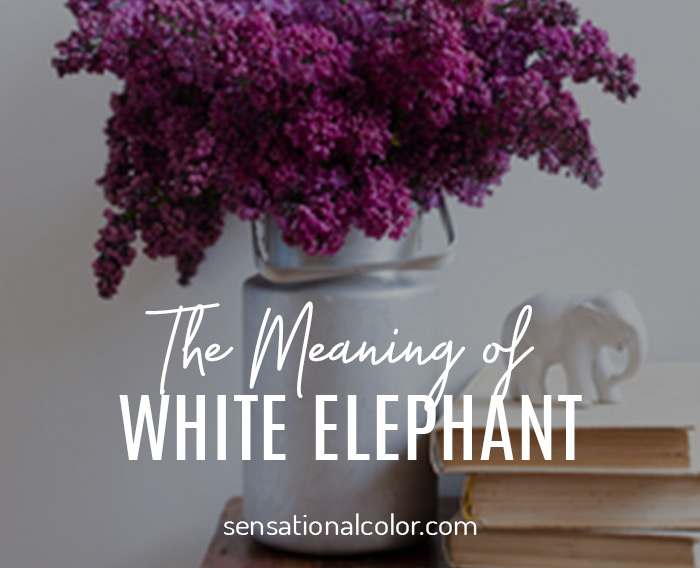 A white elephant is something that is costly to maintain or is incredibly hideous to the owner. It is both the name of the albino variety of the mammal that was worshiped in some southeast Asian countries and a gift exchange game often played during the Christmas season in the United States.

White elephants were revered and considered sacred in countries such as Thailand. It is said that the night before Buddha’s birth, his mother dreamed of a white elephant carrying a lotus flower. Since then, the white elephant has been worshiped as a symbol of fertility and greatness, unlike most elephants that were used as pack and work animals and ridden to war.

However, rare white elephants were very expensive to maintain, even in that era. They required a home and food worthy of their status. They weren’t used for work or war, and lived a pampered life.

Many legends tell of this sacred animal being used to punish someone who offended the king. When the king was angry with someone, he would give the person a white elephant. Though it was an honor, caring for a white elephant that could not be used for labor was a huge drain on the household finances. Being given a white elephant became a dreaded punishment, often resulting in the complete ruin of the person caring for the animal.Even now, the term “white elephant” is often used to describe a business venture or investment that costs far more than it delivers, yet is impossible for the owner to sell or otherwise dispose of.

Don't make a king angry or he might give you this expensive but unwanted gift. Find out what it is.

In a white elephant gift exchange there are a couple of different sets of rules about the gifts to be given. A white elephant gift can be either an item currently owned by a person that they no longer want or a purchased gift that doesn’t exceed a price limit set by the game host.

At game time, the host draws a name from a hat and that person chooses a gift from the pile of white elephants and opens it. The next person whose name is drawn from the hat can either “steal” the gift already opened or choose one of the unopened gifts. If s/he chooses to steal the gift, the person from which the gift was stolen can then steal a gift from another player or open another.

When a gift has been stolen three times, it’s no longer eligible to be played and is hidden out of sight. People may end up with something they adore or they may be stuck with something they can hardly wait to wrap up for next year’s white elephant game.

Have you participated in this game? What crazy gift did you give or get?