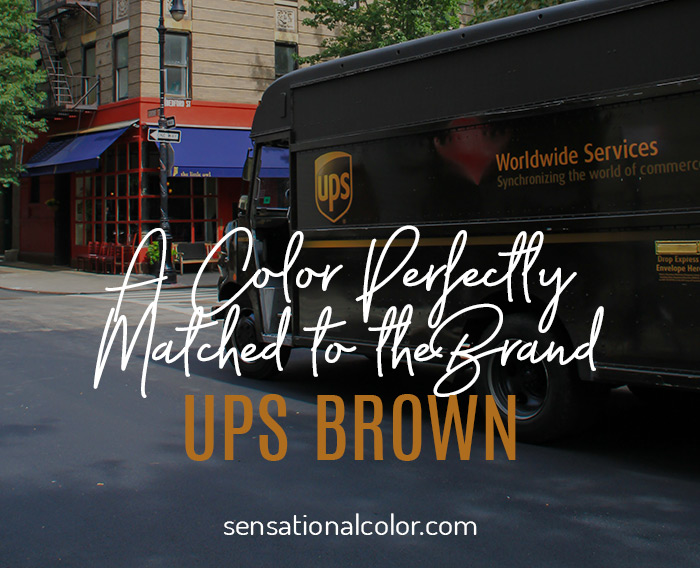 Founded in 1907, six years before the U.S. Postal Service, UPS has grown from a messenger service to a worldwide delivery company recognized for excellent service and identified by the color UPS brown.

Initially, founder James E. Casey’s employees delivered the messages on foot, then made some deliveries via motorcycle and later purchased model-T Fords. The many vehicles were painted different colors so the public would see that they had a fleet rather than just one car.

In 1916, Charlie Soderstrom joined UPS and selected brown for their uniforms and delivery vehicles. He chose a hue of brown that was similar to “the color used on Pullman rail cars because the color reflected class, elegance, and professionalism – and dirt is less visible on brown uniforms and vehicles,” according to UPS. By 1929 the UPS brown color that you see today was adopted across the company.

UPS has recently gone one step further than most companies to ‘own their color’ by incorporating it into their slogan, “What can brown do for you?”

Interesting to me is that while the public has long recognized brown as the color of the company it wasn’t until 1998 that United Parcel Service (UPS) registered official trademarks on this particular hue to prevent other delivery service companies from using their signature UPS brown.