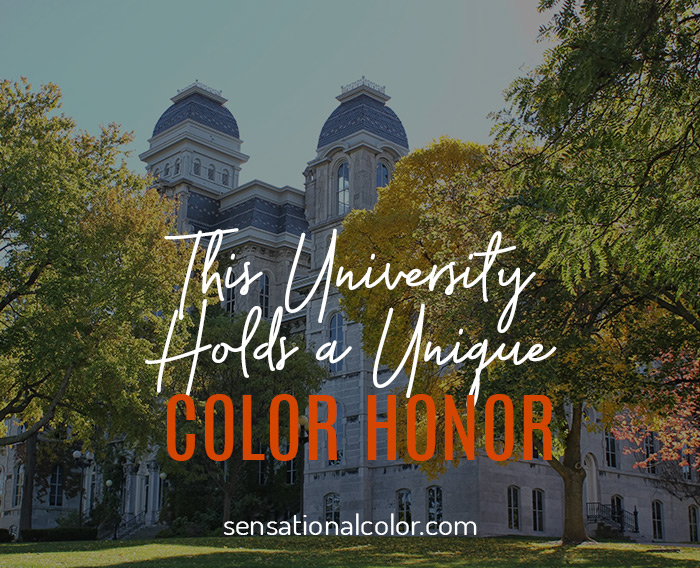 Syracuse University orange became the school color in 1890. However it wasn't officially adopted until its 50th anniversary in 1940.

Orange was not the first choice. After experimenting with pea green and rose pink, followed by a dabble in azure blue and pink, orange was adopted and has remained their color ever since, according to Mary O’Brien assistant university archivist.

“Everyone decided it was time to get a better color,” said O’Brien, pausing briefly for the right word. “A jazzier color.”

The decision to change the color occurred after a track meet in 1889 – a meet SU won, but not without “rather cutting comments” from the opposing team. There is an amusing story in the university archives about Syracuse University Orange that tells more of the story. Following a little research and feedback from alumni and students, the board of trustees adopted orange a year later, making SU the first university in the nation to use the color orange by itself.

That is quite an honor. A number of powerhouse schools and their teams claim the color orange as their own. But these schools and teams will never be able to lay claim to the fact -- as Syracuse University Orange can -- that they were the first!

In 2001 Syracuse University dropped "men" from its “Orangemen” mascot, and in 2004 registered a trademark on the word orange for use in “educational and entertainment services,” including sporting events, course catalogs, its website and other spots where the university uses the word in connection to itself.​ This gave the school an even stronger association with the color