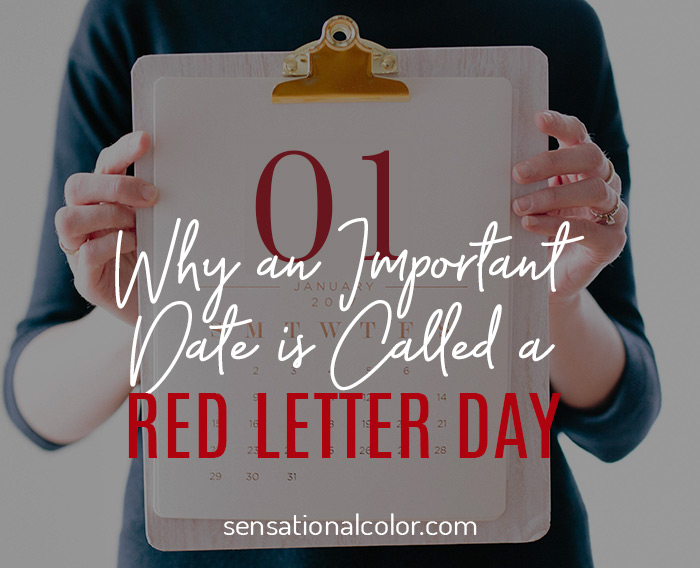 If someone tells you that today is a red letter day, they mean it’s a day of importance, such as a holiday, birthday, or anniversary. But why “red letter?”

The Birth of the Red Letter Day

The phrase “red letter day” dates back to at least 1385, when members of ancient monasteries and convents were responsible for producing calendars. They would use black ink for writing most of the calendar, but used red ink to mark important dates such as the days of Saints or other religious occasions, or holidays when the faithful should pray or atone. The red ink was easy to see at a glance.

Some sources note that in early England, judges of the English High Court would wear scarlet robes to the Court of Law on red letter days.

Ancient religious books created before the printing press were hand-lettered, usually by the monks in a monastery. The pages of these illuminated manuscripts were decorated with pictures, some with gold and silver inlay.

Often, the first letter of a word in a section was written in red ink. These letters were known as “rubrics.” Though they’re not directly connected to red letter days, it is clear that early monks believed in the importance of red to catch a reader’s eye and attention.