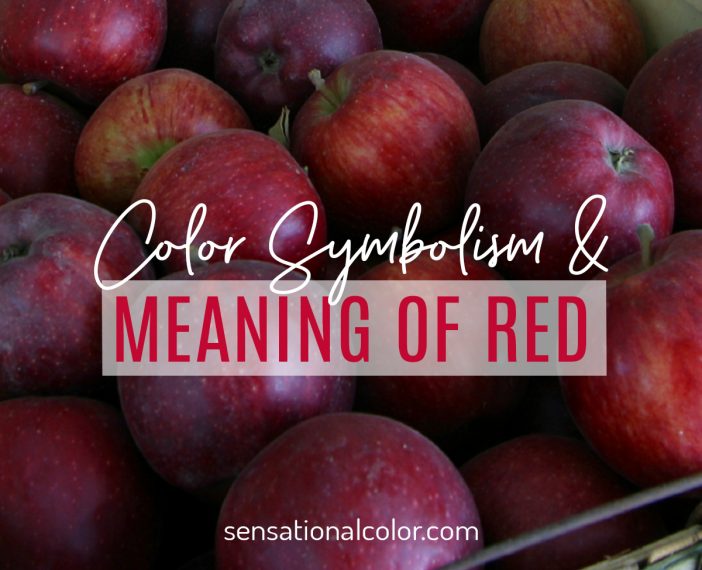 What is the meaning of red? Is it the command of a red stoplight? Is it the intoxicating allure of a beautiful woman in a deep crimson dress? Could it be the political statement from a candidate’s red power suit or pocket square? Does red’s meaning relate to a shiny back-to-school apple? Whether it’s clothing, food, or holiday decorations, red’s meaning surrounds and excites us.

I’m having a red-letter day!

There are red flags everywhere.

Why do we feel so strongly about the color red?

In some ways, red is the opposite of blue. Red speeds up our heart rate, blood flow, and body temperature. Red stimulates our senses of smell and taste, making us more sensitive to our environments. Red also stimulates the adrenal gland, making us more prone to take action and giving us more energy. Red is a physical stimulant.

Symbolism And Meaning Of Red

Red stands for many things, all of them potent. Red is romantic love, and its physical passion. Red is violence, anger, and aggression, and it frequently indicates danger. Paradoxically–for a color associated with action and energy–red is universally used as the color that means "stop." Red is used professionally to capture attention, elicit emotion, and convey confidence. 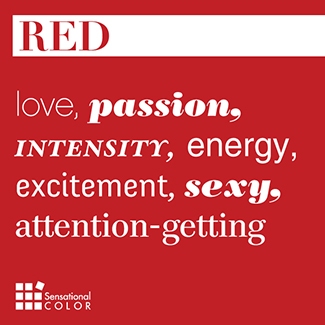 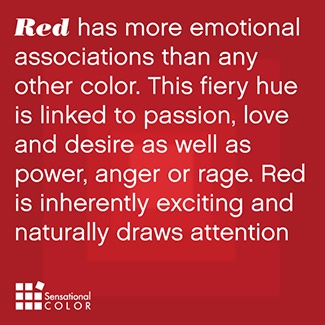 We think of vitality, the life-giving power of blood, and helping people in need (think American Red Cross.) We give red roses when we’re in love, and call simply outstanding experiences "red letter days." Red calls us to action, gets us motivated, and wearing red lets people know we feel confident and ready to take on the world. Red is also associated with luxury–a red Ferrari and the soles of Louboutin shoes declare that a person has achieved material success.

Red calls us to action, gets us motivated, and wearing red lets people know we feel confident and ready to take on the world.

Just as blood can be associated either with its life-giving properties or with violence, red is also paradoxically affiliated with notions of violence, danger, and anger.Matadors use red capes not to attract the attention of the bulls they fight (since bulls are colorblind,) but rather to hide the bloodstains of their gory sport. Red can indicate anger beyond what reason can contain–"seeing red"–and red flags indicate (or should) when something’s wrong with a person or a situation. Red is also associated with financial loss. Red: The color of the Base or Root chakra, also known as Muladhara. This chakra is located at the base of the spine and allows us to be grounded and connect to the universal energies. First chakra, base of the spine. Groundedness, trust, belonging, lessens feelings of mistrust. Gemstones that will aid the Root chakra include lodestone, ruby, garnet, smokey quartz, obsidian, hematite and onyx.

Red has the longest wavelength of any color. It’s the first color babies can see, and it’s the very first color to vanish as the sun sets.

Red is the least common color of seaglass, as red glass is expensive to produce.

The color red is an appetite stimulant. Strawberries, cranberries, and apples are all red when ripe.

Only 1-2% of the world’s population has red hair. Redheads are more sensitive to sunlight and thermal pain than people with hair of other colors, and while redheads tend to have less hair, their hair is more resistant to turning gray with age.

The color red on an exam paper can negatively affect students’ scores, as red pens are associated with negative feedback.

Red is the color of winning. Studies have shown that weightlifters demonstrate an increase in muscle strength when in a room with red light, and in video games, red players are more likely to win than players of other colors.

The color "madder red" was used in tapestries of French royalty. The recipe for the dye included ox blood, rancid castor oil, and sheep or cow dung.

Red is sexy! Studies show that both men and women perceive potential partners dressed in red as more attractive than others. In addition, men tend to give waitresses in red shirts bigger tips!

Read About the Color Red Examples of how the meaning of red colors our language:

Red flag: a warning of danger

Red is such an interesting color to correlate with emotion, because it's on both ends of the spectrum. On one end you have happiness, falling in love, infatuation with someone, passion, all that. On the other end, you've got obsession, jealousy, danger, fear, anger and frustration.

I'm in love with red. I think it's such a passionate color. Every flag of every country pretty much has red on it. Its power, there's no fence sitting with red. Either you love it or you don't. I think its blood and strength and life. I do love red. I love all colors. Great shades of blue, you find them in nature. They're all magic.

My mother warned me to avoid things colored red.

Red protects itself. No color is as territorial. It stakes a claim, is on the alert against the spectrum.

All my life I've pursued the perfect red. I can never get painters to mix it for me. It's exactly as if I'd said, "I want Rococo with a spot of Gothic in it and a bit of Buddhist temple" - they have no idea what I'm talking about.

You can spend a lifetime studying the interaction of colors, and painting how red can dance, so when the viewer ‘gets it’ and says ‘Aha!’ their way of seeing is transformed.

You can’t go wrong with the use of red; every painting should have red in it.

A thimbleful of red is redder than a bucketful. - Henri Matisse  #color #quotes

A thimbleful of red is redder than a bucketful.

Henri Matisse, French artist known for the expressive color and form of his Fauvist style, 1869-1954

Of all the hues, reds have the most potency. If there is one electric blue, a dozen reds are so charged. Use them to punctuate white, burn into bronzes, or dynamite black.

If one says ‘Red’ – the name of color – and there are fifty people listening, it can be expected that there will be fifty reds in their minds. And one can be sure that all these reds will be very different.

I want a red to be sonorous, to sound like a bell. If it doesn’t turn out that way, I add more reds and other colors until I get it.

The ‘pure’ red of which certain abstractionists speak does not exist. Any red is rooted in blood, glass, wine, hunters’ caps and a thousand other concrete phenomena. Otherwise we would have no feeling toward red and its relations… 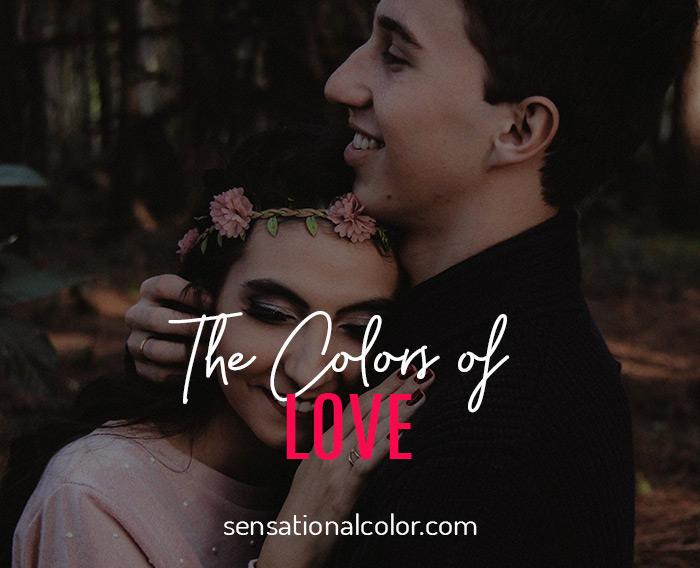 Red As A Signature Color

Here are a few U.S. cities with 'red' in their name:

Color And Our Sense Of Smell: Red

The Color Red In The Garden

Talk With Us About the Color Red

We'd enjoy knowing what you love about the color red or what you most enjoyed about this article. We love hearing from you and read every comment.

Is there something that you know about red that should be included here? Great! We’d love to hear from you. Share what you know about the color red by leaving a comment below. We may just add it to the information shared on this page.