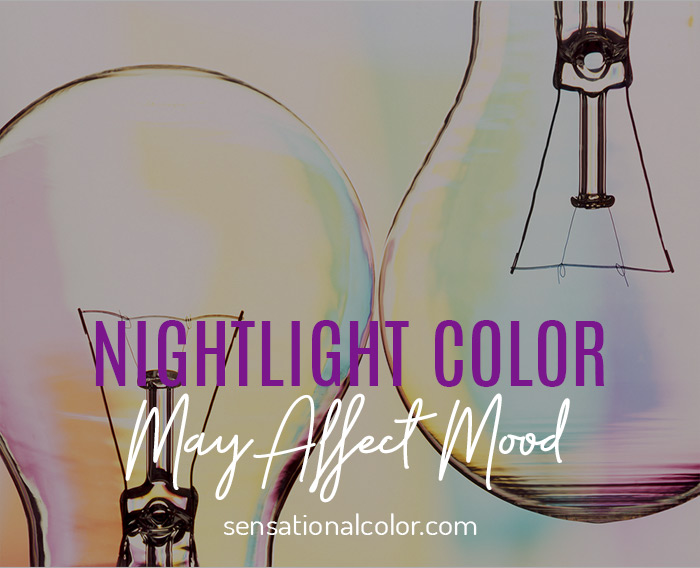 Study Finds That Your Night Light Can Change Your Mood

When it comes to some of the health hazards of light at night, a new study suggests that the color of the light can make a big difference.

In a study involving hamsters, researchers found that blue light had the worst effects on mood-related measures, followed closely by white light.

But hamsters exposed to red light at night had significantly less evidence of depressive-like symptoms and changes in the brain linked to depression, compared to those that experienced blue or white light.

The only hamsters that fared better than those exposed to red light were those that had total darkness at night.

The findings may have important implications for humans, particularly those whose work on night shifts makes them susceptible to mood disorders, said Randy Nelson, co-author of the study and professor of neuroscience and psychology at The Ohio State University.

"Our findings suggest that if we could use red light when appropriate for night-shift workers, it may not have some of the negative effects on their health that white light does," Nelson said.

The study appears in the Aug. 7, 2013, issue of The Journal of Neuroscience.

The research examined the role of specialized photosensitive cells in the retina -- called ipRGCs -- that don't have a major role in vision, but detect light and send messages to a part of the brain that helps regulate the body's circadian clock. This is the body's master clock that helps determine when people feel sleepy and awake.

Other research suggests these light-sensitive cells also send messages to parts of the brain that play a role in mood and emotion.

"Light at night may result in parts of the brain regulating mood receiving signals during times of the day when they shouldn't," said co-author Tracy Bedrosian, a former graduate student at Ohio State who is now a postdoctoral researcher at the Salk Institute. "This may be why light at night seems to be linked to depression in some people."

“Light at night may result in parts of the brain regulating mood receiving signals during times of the day when they shouldn’t.”

In one experiment, the researchers exposed adult female Siberian hamsters to four weeks each of nighttime conditions with no light, dim red light, dim white light (similar to that found in normal light bulbs) or dim blue light.

They then did several tests with the hamsters that are used to check for depressive-like symptoms. For example, if the hamsters drink less-than-normal amounts of sugar water -- a treat they normally enjoy -- that is seen as evidence of a mood problem.

Results showed that hamsters that were kept in the dark at night drank the most sugar water, followed closely by those exposed to red light. Those that lived with dim white or blue light at night drank significantly less of the sugar water than the others.

After the testing, the researchers then examined the hippocampus regions of the brains of the hamsters.

Hamsters that spent the night in dim blue or white light had a significantly reduced density of dendritic spines compared to those that lived in total darkness or that were exposed to only red light. Dendritic spines are hairlike growths on brain cells that are used to send chemical messages from one cell to another.

A lowered density of these dendritic spines has been linked to depression, Nelson said.

"The behavior tests and changes in brain structure in hamsters both suggest that the color of lights may play a key role in mood," he said.

"In nearly every measure we had, hamsters exposed to blue light were the worst off, followed by those exposed to white light," he said. "While total darkness was best, red light was not nearly as bad as the other wavelengths we studied."

Nelson and Bedrosian said they believe these results may be applicable to humans.

In addition to shift workers, others may benefit from limiting their light at night from computers, televisions and other electronic devices, they said. And, if light is needed, the color may matter.

"If you need a night light in the bathroom or bedroom, it may be better to have one that gives off red light rather than white light," Bedrosian said.