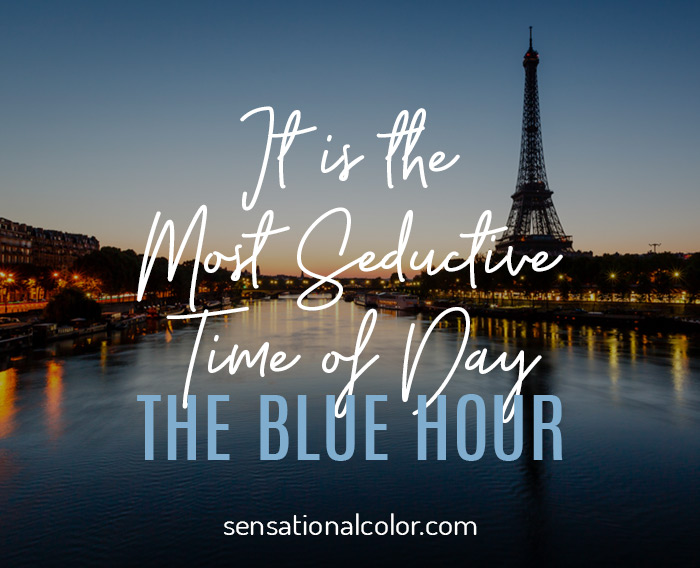 The phrase the blue hour comes from The French expression l’heure bleue. The blue hour is the period of twilight each morning and evening when there is neither full daylight nor complete darkness. The time is special because of the quality of the light at this time of day.

Photographers, especially landscape photographers, say that this time of day is one of the very best moments to take pictures, because the lighting is soft, diffused, and warm.

As a result of the perceived specialness of this time, there are various restaurants, theatres and hotels called L’Heure Bleue or Blue Hour.

Mich Gerber celebrates L’heure bleue with concerts on magic locations during the blue hour, when the sky turns that amazing color just after sunset.

The Blue Hour inspired Jacques Guerlain to capture those moments in a fragrance.

Mich Gerber celebrates L’heure bleue with concerts on magic locations during the blue hour, when the sky turns that amazing color just after sunset.

Jacques Guerlain, referring to his favorite moment in the day

It was this fleeting sensation that he tried to express in 1912 with L’Heure Bleue, a women’s perfume of the same name. 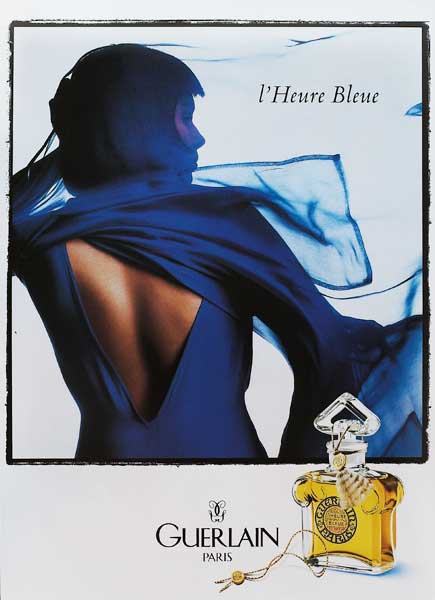 In English culture the term was used to describe the period of inactivity and uselessness a drinker encounters when Pubs and other licensed premises have closed after the lunch-time session (typically 15:30 hrs) and will not open for the evening session until (typically 18:30 hrs) based on Pub opening times in England. Scotland and Wales, now largely abolished in favor of all-day opening.

The phrase is also used to refer to Paris immediately prior to World War I, which was considered to be a time of relative innocence.