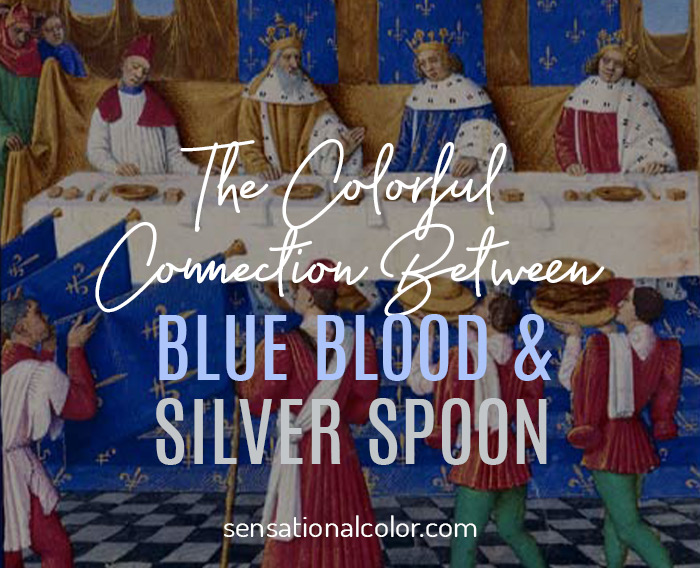 There Is A Reason Aristocrats Have Blue Blood

The term blue blood came to be associated with the aristocracy simply because it was not uncommon in earlier times for European nobility to have skin that appeared to have a blue cast. The bluish (or sometimes greenish) discoloration of their skin was often caused by a condition known as Argyria.

Argyria it the result of ingested silver particles that are not able to pass through the body. Historically, this was caused by particles from silver eating utensils being swallowed along with food or silver being taken for medicinal purposes.

Born With A Silver Spoon

Aristocrats were originally the ones who could afford medicine and who enjoyed the daily privilege of eating off of silver plates, drinking from silver vessels, and, as the saying goes, being born with “a silver spoon in their mouth.” Thus, Argyria was a condition that was more common among the upper class.

Discover the link between these two color idioms -- blue blood and silver spoon.

During this same period in history, having pale skin “untouched by the sun” was a mark of status among the wealthy who did not have to labor outdoors. Argyria would have certainly been more noticeable among individuals with untanned skin. However, is also thought that the term may have come about simply because veins were more noticeable among those with pale complexions, even if they weren’t plagued by this condition.

Argyria is not often seen today. However, it did become newsworthy in 2002 when Stan Jones of Montana ran for the U.S. Senate. Mr. Jones, who, out of fear that the Y2K bug would render the world helpless and without antibiotics, begin a heavy regiment of colloidal silver that permanently turned his skin blue.