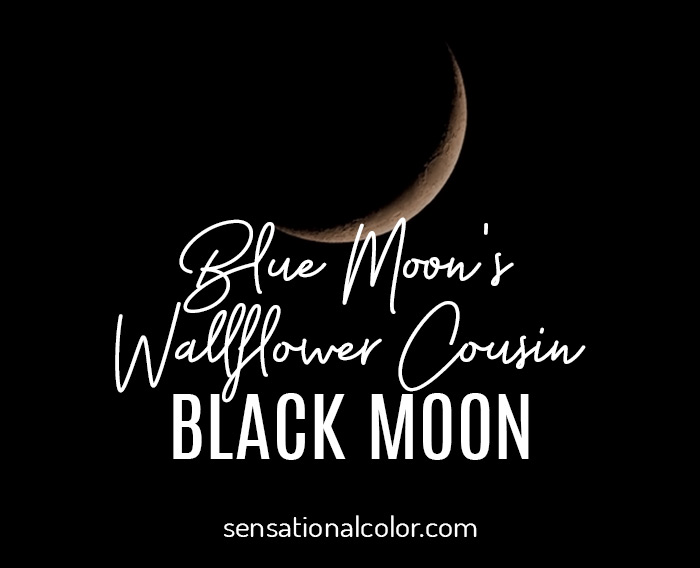 A lunar month is the amount of time it takes for the Moon to complete a cycle through all the phases, from new moon to full moon and then back to new moon again. The lunar month takes 29.53 days, which is very close to the length of a month in the Western calendar, which usually have 30 or 31 days.

You may have heard of a blue moon but do you know what a black moon is?

An Alternate Meaning Of Black Moon

According to UniverseToday.com, “Another use for the term black moon is when you get a month that does not have a full moon. This can happen in February, because they have 28 days, on average, and the Moon takes 29 days to go through its phases. These are very rare.”

Although the odds of having two new moons within one calendar month is just the same as having two full moons, the new moons often go unnoticed. New moons are almost invisible, so most people don’t notice the first new moon or the black moon when a month has a second new moon.

Have you ever seen a black moon or blue moon? Let me know by leaving a comment.