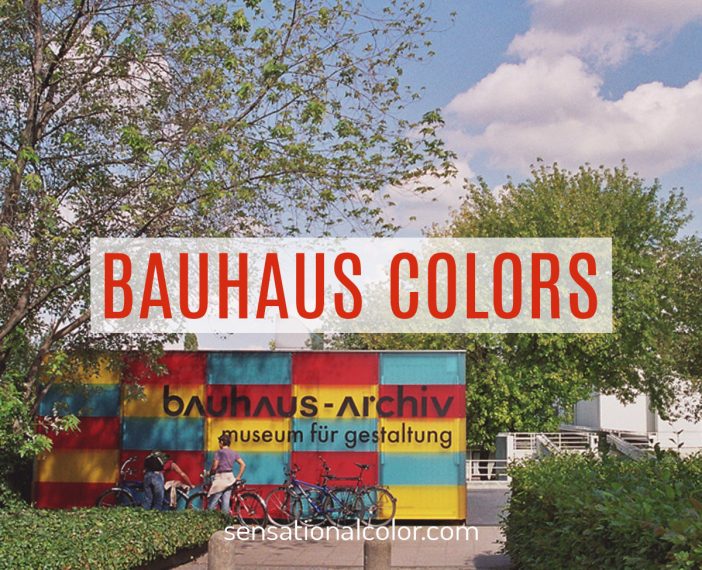 We think of color as transcendent – a language of sorts that signifies independent of cultural differences, time period, or aesthetic movement. Color is a powerful tool that permits designers to influence mood, compose spaces, and even make profound statements. We accept these truths about color, but we don’t often take the time to examine the roots of these core beliefs – where these ideas came from and how they were promoted. If fact, it surprises many designers to discover that part of the foundation of our modern understanding of color and its uses is rooted in Bauhaus color theory. 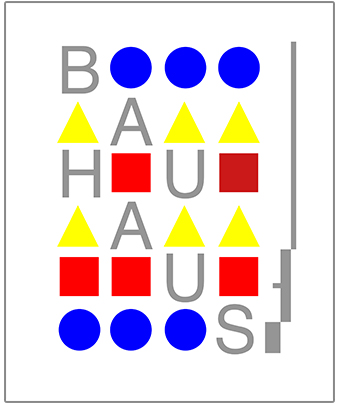 A design movement dating back to the early 20th century, the Bauhaus and its institute were born in Germany in 1919. Though the German school only lasted until 1933, when the Nazi government forced it to close, the Bauhaus not only educated many influential artists in a variety of disciplines, but it also spawned programs in other countries, including the US.

One of the most enduring influences, though, is the Bauhaus color theory that was taught under four prominent artists.The contributions of Johannes Itten, Wassily Kandinsky, Paul Klee, and Josef Albers undergird much of what we currently understand and believe about color, and an examination of the teachings of these four artists helps us understand not only the formation of modern color theory, but indeed how color theory is developed and transmitted.

Bauhause Color According to Johannes Itten 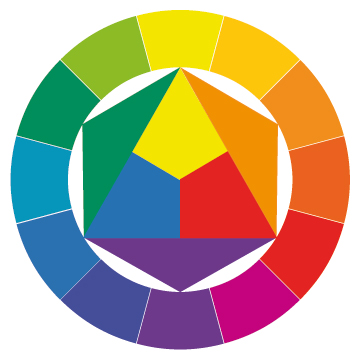 Johannes Itten taught at the Bauhaus from 1919 until 1922, and he taught one of the fundamental preliminary courses that – among other things – grappled with color theory. Itten gave us a color sphere comprised of twelve colors (three primary, three secondary, and six tertiary) that shows the relationship among colors, as well as gradations of saturation. The influence of psychoanalysis is apparent in Itten’s color theory, as he was one of the first to associate different colors with specific emotions and study the impact of color on our moods. He also studied how individuals perceive color.

Itten taught that there were seven different methods of contrast: contrast of saturation, of light and dark, of extension, complementary contrast, simultaneous contrast, contrast of hue, and contrast between warm and cool colors. One of his particularly interesting practices in the classroom was to work students through an examination of color and in particular his theory about contrast by first examining abstract works, reflecting the Bauhaus’ move away from exclusively representational works. After students studied the abstract pieces, they would move on to look at more realistic works, and finally would apply what they had learned of color theory to their understanding of classical works.

Itten’s most enduring contribution to modern day color theory, though, is his characterization of colors in terms of temperature, and his designations of certain colors as warm and others as cool persists to this day.

Bauhaus Color According To Wassily Kandinsky 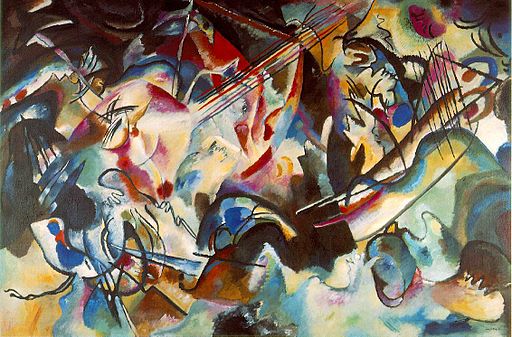 Wassily Kandinsky, the Russian painter best known for his bold, geometric abstract works, taught at the Bauhaus from 1922 until it closed in 1933. He considered color to be an utterly transcendent language of sorts, a way to examine the universal aesthetic. He adopted a synesthetic relationship with color, associating particular colors with both specific geometric shapes and with musical tones and chords. Yellow, for example was best expressed as a triangle and was the color expressed by a middle C played on a brassy trumpet. Circles were blue, and the color black in musical terms was the color of closure. The examination of color in terms of the fullness of its expression is certainly one of Kandinsky’s legacies.

Bauhaus Color According To Paul Klee 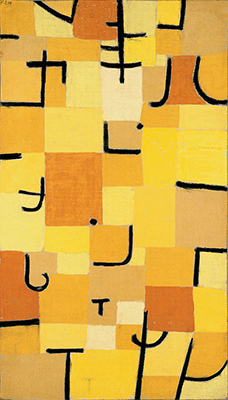 Paul Klee taught at the Bauhaus from 1921 until 1931. Like Kandinsky, Klee tended to think of color in musical terms, making the connection between harmonious sounds and complementary colors, as well as dissonant sounds and colors that clash. Klee wanted his students to understand that color wasn’t just a tool for the faithful reproduction of nature. Color for Klee was a powerful device that enabled a painter to shape, compose, and influence paintings, rooms, and even the people who interact with artwork. In order to fully understand the power of color, students had to see color as freed from its naturalistic, descriptive role.

Bauhaus Color According To Josef Albers 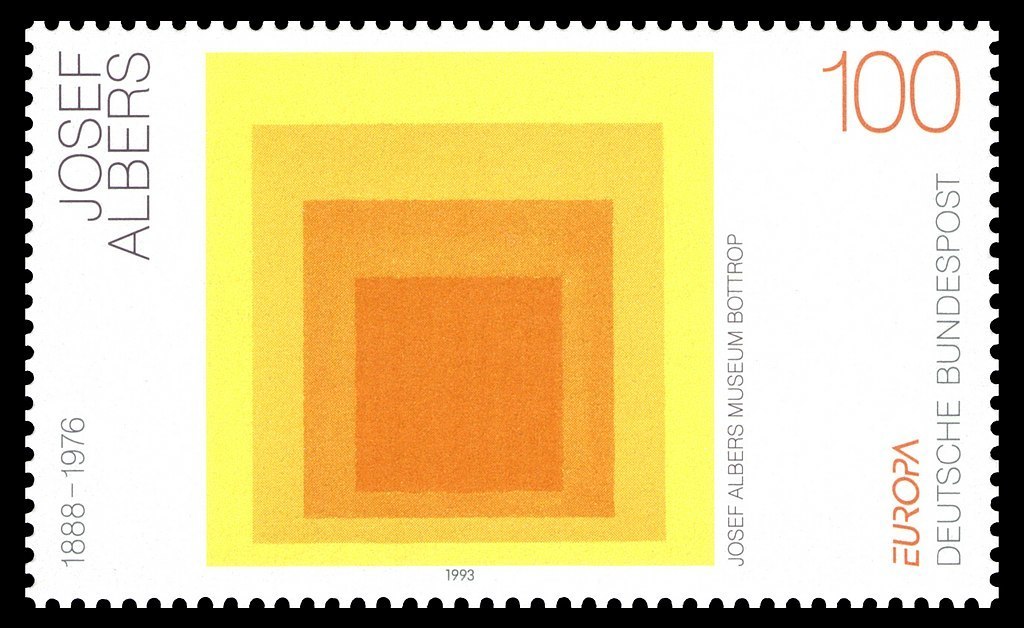 Although the Bauhaus closed in 1933, its legacy was far from finished. Josef Albers first was a student at the school, studying under Johannes Itten, became a professor in 1925, and emigrated to the US after the Bauhaus’ closure. He taught at several institutions in the US, most notably Black Mountain College and Yale. Albers dealt both with the very physical reality of color and of paint, in particular, making detailed notes on the precise materials he used in his work, but he was also intrigued by the more abstract aspect of color theory and concluded that colors were governed by an internal and deceptive logic.

As we see in other color theories, the Bauhaus movement acknowledged the frustrating fact that even though color is fundamental, powerful, and versatile, it is also difficult to discuss. Much in the way that language itself resists our efforts to understand it, the language of color is similarly resistant.

What the Bauhaus gave us, though, is an understanding of color that pushes us to think beyond the representational. It forces us to confront the real emotional weight of our color choices, and it urges us to try out our terminology that applies to shape and sound in our understanding of color, giving us alternatives that open our minds to innovative and powerful ways to employ color in our work and lives.