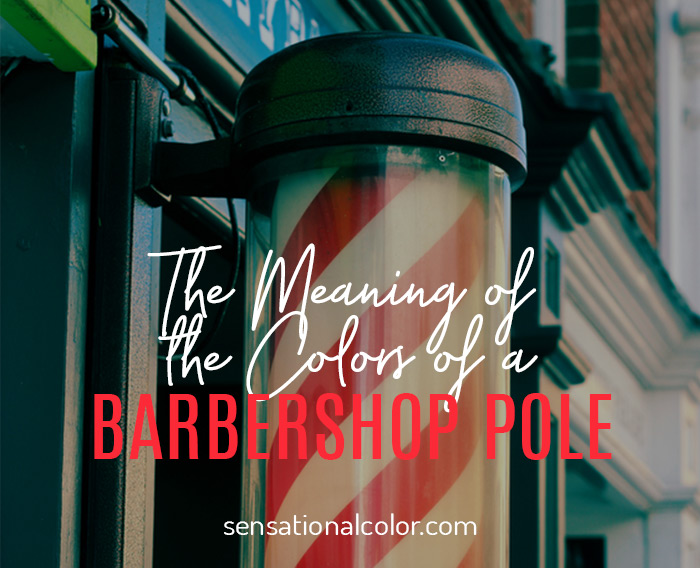 A statement in a small town newspaper today said that the red and white colors used in a barber pole are symbolic of bandages: white for clean bandages and red for blood-stained bandages. This caught my attention and prompted me to research barbershop pole color meaning both because I had never heard this before and couldn’t image what bandages had to do with barbershops.

Although I’ve seen haircuts I would describe as “butchered,” I clearly didn’t think any bloodshed was involved. So what do blood and bandages have to do with a barbershop?

Come to find out that during medieval times, in addition to a shave and a haircut, your barber could perform surgery, tooth extractions, and bloodletting. Oh the need for bandaging was becoming clear. The red and white stripes symbolize the bandages used during bloodletting.

Originally, these bandages were hung out on a pole to dry after washing. As the bandages blew in the wind, they would twist together to form the spiral pattern similar to the stripes in the modern day barber pole.

The barber pole became emblematic of the barber/surgeon’s profession. Later, the cloths were replaced by a painted wooden pole of red and white stripes.

Blue sometimes appears on poles in the United States, possibly as an homage to the national colors. Another, more fanciful interpretation of the addition of blue to the barbershop pole color palette is that red and blue represent the two types of blood – red for arterial blood, blue for venous blood.